The forthcoming Skoda Enyaq iV Coupe has been caught almost naked as the automaker gears up to launch the all-electric SUV.

Our own spy photographers snapped a lightly-camouflaged prototype being put through its paces in December last year but this photo shared to social media provides us with a better look at the exterior design.

While the image from the World Scoop forum is grainy, we can see that the roofline tapers more progressively, giving the SUV a coupe-like look. We can also discern that the Enyaq iV Coupe (name unconfirmed) has different taillights than the regular Enyaq iV and sits on a set of unique black wheels with silver accents that resemble the teeth of a saw blade. 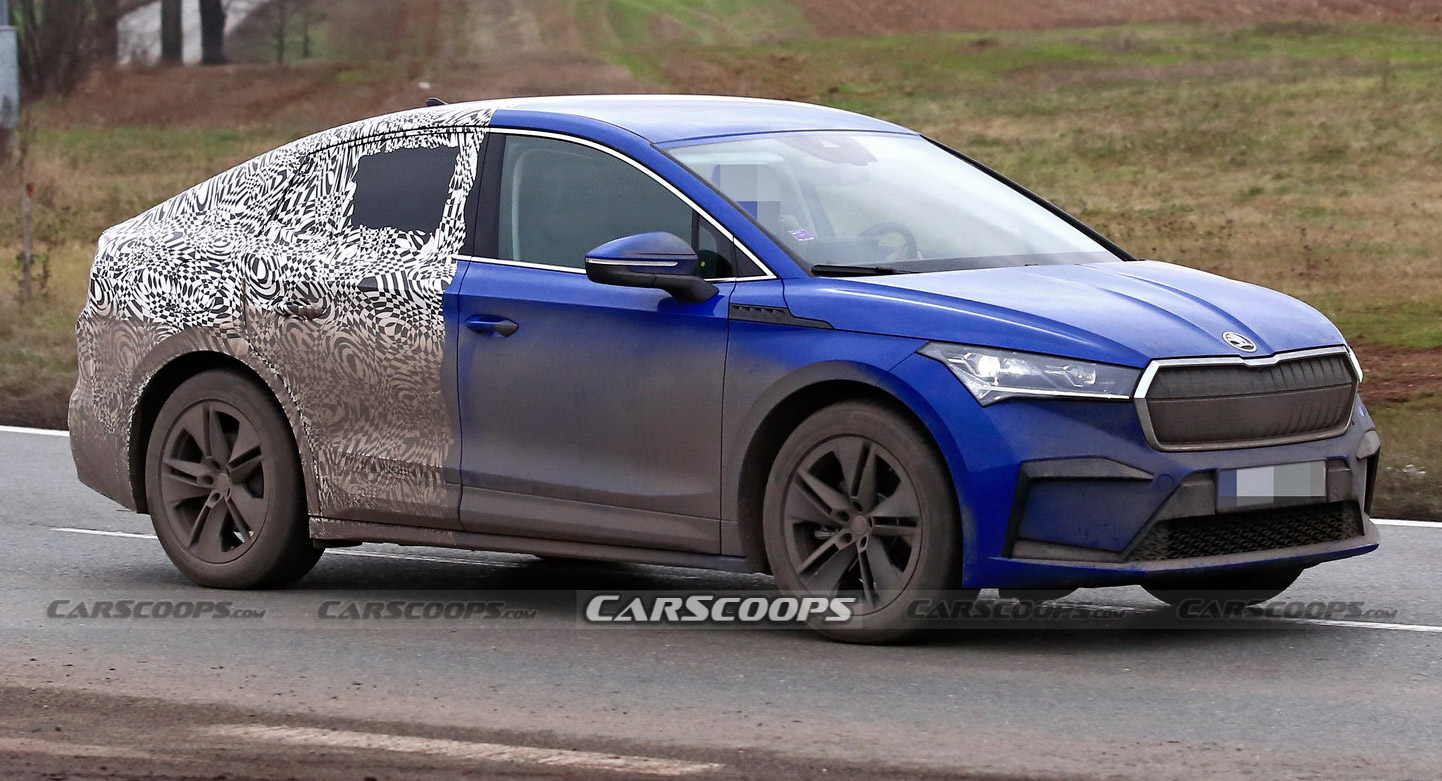 Beyond its looks, the Enyaq iV Coupe should be largely identical to the standard model. As such, the entry-level version will feature a 55 kWh lithium-ion battery pack that powers a rear-mounted electric motor pushing out 146 hp and 162 lb-ft (220 Nm) of torque. A variant with a 62 kWh battery and a more powerful rear-mounted electric motor delivering 177 hp and 229 lb-ft (310 Nm) should also be on the cards.

Skoda will also offer the Enyaq iV Coupe with an 82 kWh battery pack. The most affordable variant will have a 201 hp electric motor powering the rear wheels while the other two will have dual electric motors and will deliver 261 hp and 302 hp respectively. 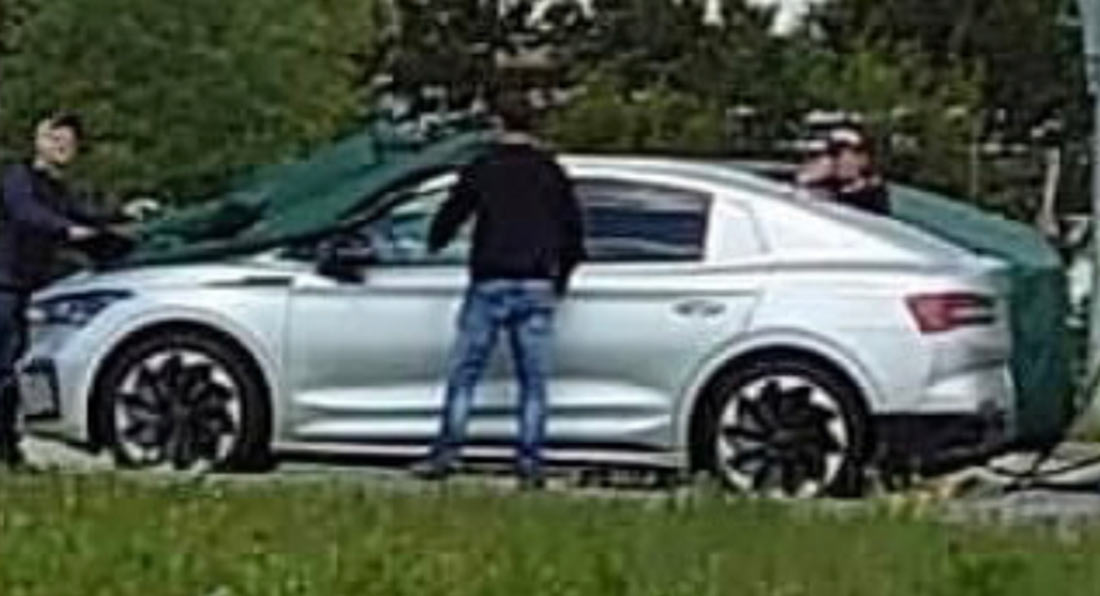