The Mercedes-Benz EQS Sedan has been spied cold-weather testing before its summer launch with a reveal happening as early as this spring. The 2022 model will be the first car based on Merc’s Electric Vehicle Architecture (EVA). All other battery-electric offerings from the three-pointed star have been, up until now, underpinned by ICE platforms.

Based heavily on the Vision EQS concept, the new liftback-style sedan will be Mercedes‘ flagship EQ battery-electric car, with state-of-the-art technology and a radical new interior layout. 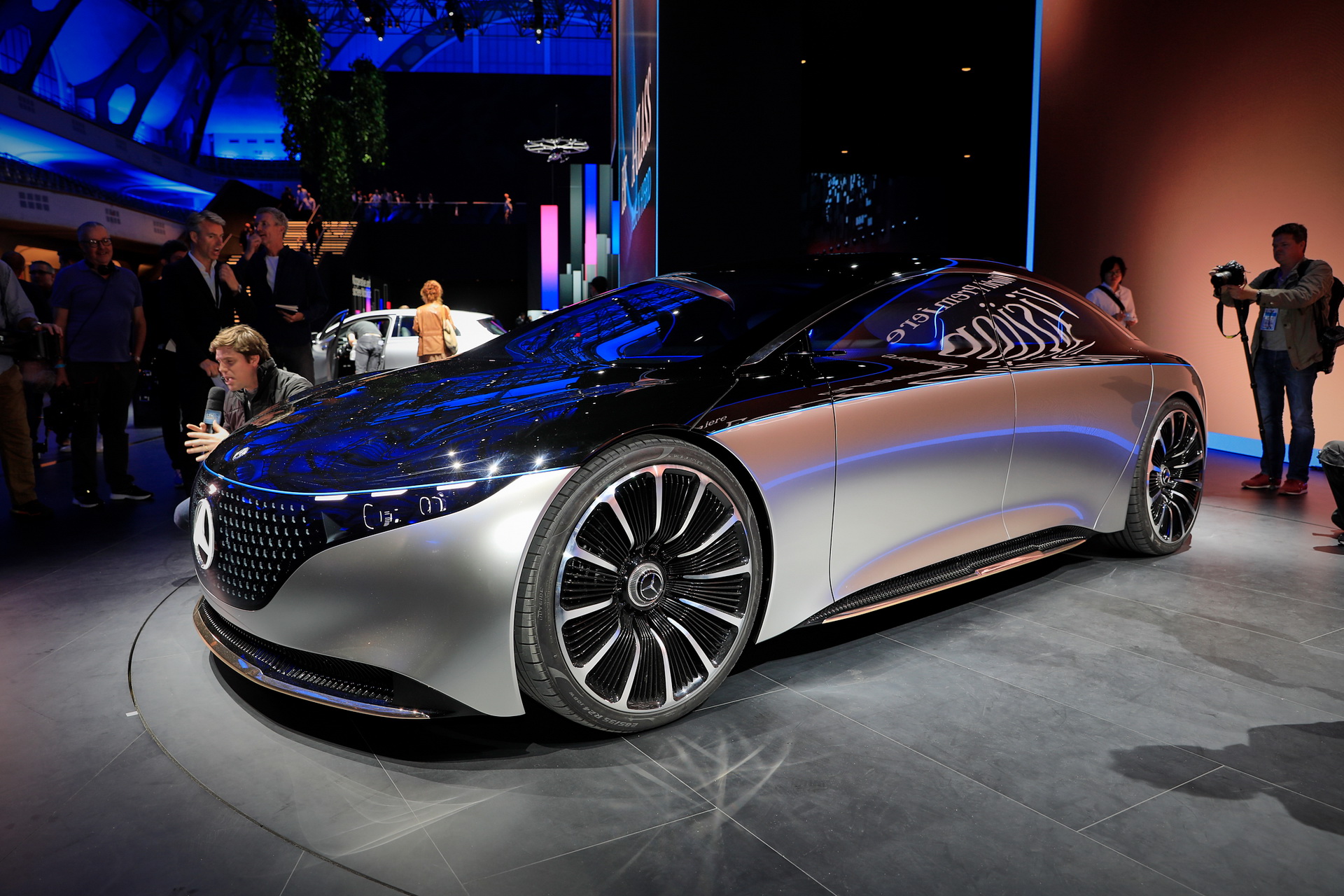 Here, the EQS Sedan can be seen with a completely undisguised roofline, revealing a taller glasshouse than the other coupe-like Mercedes offerings of the CLS and AMG GT 4-Door Coupe. The glasshouse itself is relatively large, lined in chrome, and confirms what looks like frameless doors.

Although the EQS will be the flagship electric car within the Mercedes line-up, it won’t necessarily be a direct alternative to the Mercedes-Benz S-Class. These spy shots confirm the shape ends in a hatchback, indicating that the EQS will straddle the intersections of sports, luxury, and practicality. We also get glimpses of what appear to be production-ready wheels that are optimized for aerodynamic efficiency.

We already know that the EQS will feature a radical new dashboard and infotainment system. Dubbed the “MBUX Hyperscreen,” it will be the largest expanse of glass ever fitted to a series production Mercedes-Benz, stretching from door to door. Underneath that glass will be three individual screens, with the front-seat passenger getting their own dedicated display.

Although details are still sketchy on specific power outputs and battery capacity, Mercedes has previously stated that the new car will achieve 435 miles (700 km) on a single charge, as predicted in the WLTP cycle. There may even be a performance-oriented AMG version, designed to put up a fight to the latest from the likes of Tesla and Audi.

The Mercedes-Benz EQS Sedan is also expected to spin off an SUV, so-far known only as the EQS SUV. The potentially confusing naming convention is likely to change closer to the SUV’s launch, but it will share the EV flagship’s platform and is also expected to be built alongside both the EQS Sedan and the S-Class.