Our spy photographers were doing a little spring cleaning and found a set of pictures of the ID.Buzz test mule driving around that they hadn’t sent out. So they decided to share it with the world.

The shots are from March, hence the weather, and feature the electric microbus driving around in a pair of colors. The elektrofahrzeugs (or “electric vehicles”) may look like a Transporter van, but as with the last time we spied it when it was on a trailer, these vans are wider and shorter than a T6, say.

Those proportions are likely to be a direct result of the ID.Buzz’s electric drivetrain. The electric motors allow more interior space to be used for the passengers and their stuff. Along with that ample interior volume, there will be plenty of room for batteries. Range predictions for the ID.Buzz are somewhere around 550 km (341 miles on the European test cycle). 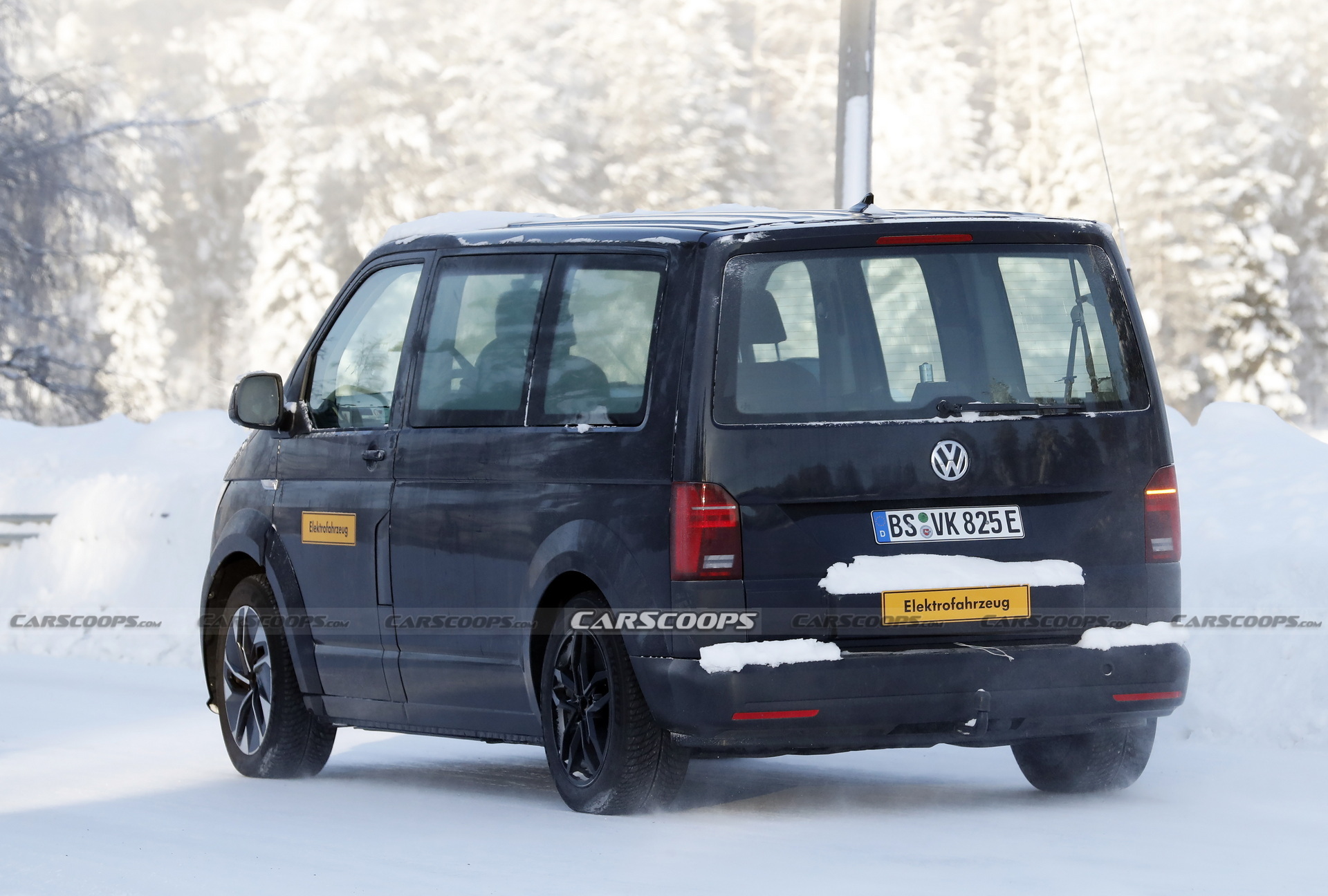 Just why Volkswagen feels the need to camouflage the ID.Buzz to this degree is unknown since the van has been thoroughly previewed. Although we’ve only seen a concept at this point, concept versions of the ID.3 and the ID.4 were almost identical to their production counterparts.

It could potentially have something to do with trade secrets that VW doesn’t want to divulge. The ID.Buzz will be a tech showcase, specifically for autonomous technology. We reported in February that the van would spawn a self-driving variant with the help of Argo AI, with a view to ride-hailing and pooling.

While we’re waiting for the self-driving ID.Buzz, though, the regular, human-driven model will go into production in 2022. Sadly, Americans will have to wait until 2023 before they can buy one.