Ford held their Capital Markets Day presentation this morning and it was EV focused as the automaker announced dedicated electric vehicle platforms, the development of IonBoost batteries, and details about future electric vehicles.

Noting that “electric vehicles and advanced connectivity are transforming commercial and personal transportation,” Ford said they’re accelerating investments into electrification and are now planning to spend more than $30 (£21.2 / €24.6) billion by 2025. Furthermore, the automaker revealed they expect approximately 40% of their sales to come from electric vehicles by 2030.

Ford went on to say they have five global vehicle platforms, but moving to EVs allows them to “reimagine” the architectures. Vehicles based on these new platforms will be able to share battery cells, battery management systems, motors and gearboxes. This is on top of other “cross vehicle technologies” and this means Ford can share up to 80% of a vehicle’s value across the portfolio.

Also Read: Ford’s CEO Might Have Hinted At An Electric Bronco 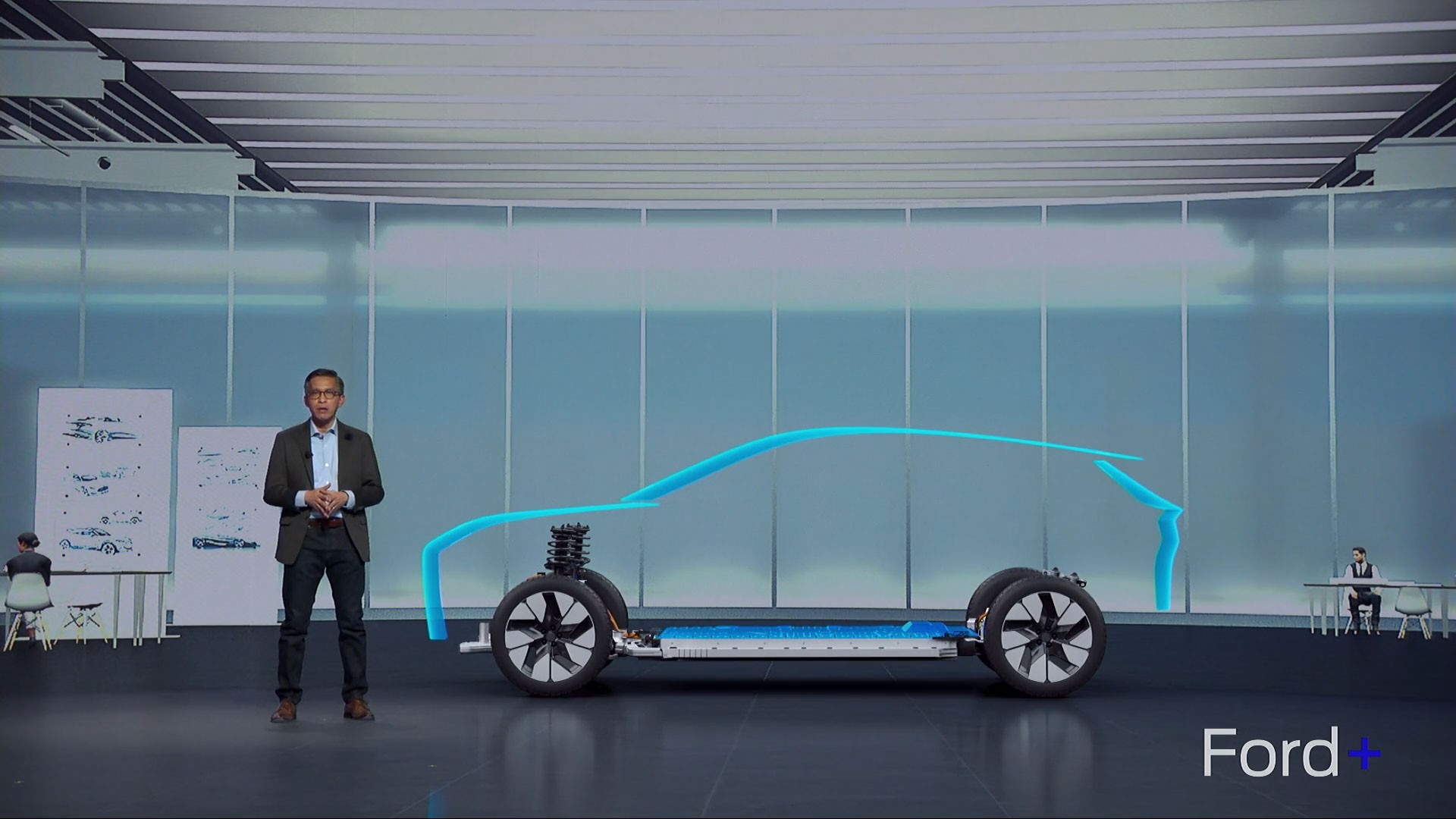 More importantly, Ford previewed their RWD / AWD BEV Flexible Architecture. It will underpin a whole new generation of high-volume vehicles which will arrive between now and 2030.

Ford didn’t go into many specifics, but confirmed we can expect active lifestyle vehicles with great driving dynamics, cargo vehicles aimed at commercial customers, mid-size trucks, rugged SUVs, and 2- and 3-row crossovers. Among the latter will be electric versions of the Explorer and Lincoln Aviator. We can also expect an electric Ranger and Bronco, judging by the sound of things. 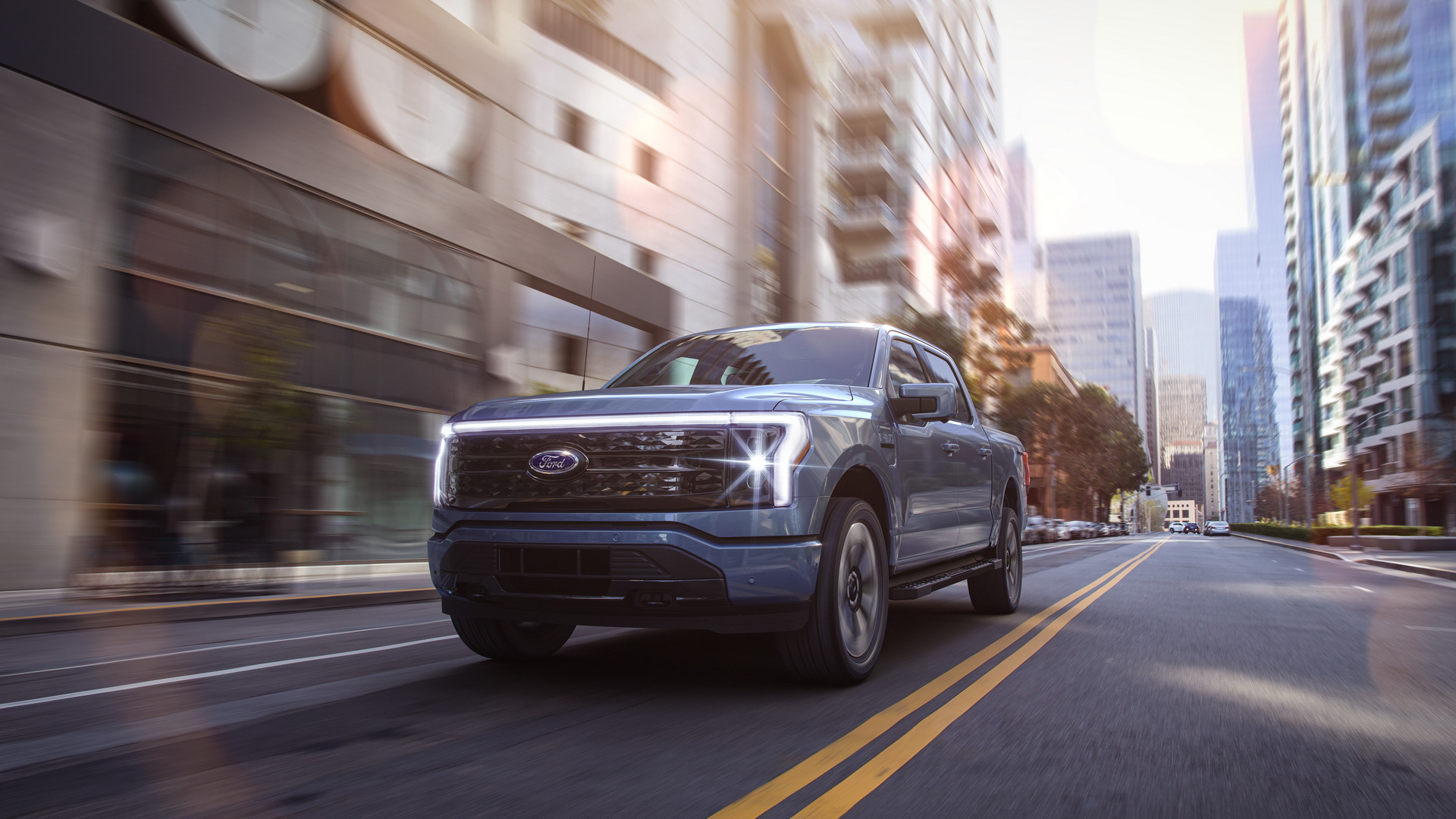 Ford also announced plans for a new electric platform to underpin next-generation full-size pickups and SUVs. This is critical for the company as they expect 1/3 of the full-size pickup segment to be fully electric by 2030, and this represents more than 800,000 vehicles annually.

Ford didn’t go into details, but the platform is expected to underpin the next-generation F-150 Lightning which could arrive as early as 2025. The architecture could also spawn electric versions of the Expedition and Navigator.

Speaking of EVs, Ford noted their partnership with Volkswagen is “the smarter play” in Europe as Europeans prefer smaller vehicles as opposed to Americans who love trucks and large SUVs. In essence, it’s smarter and cheaper to team up with Volkswagen for the European market. 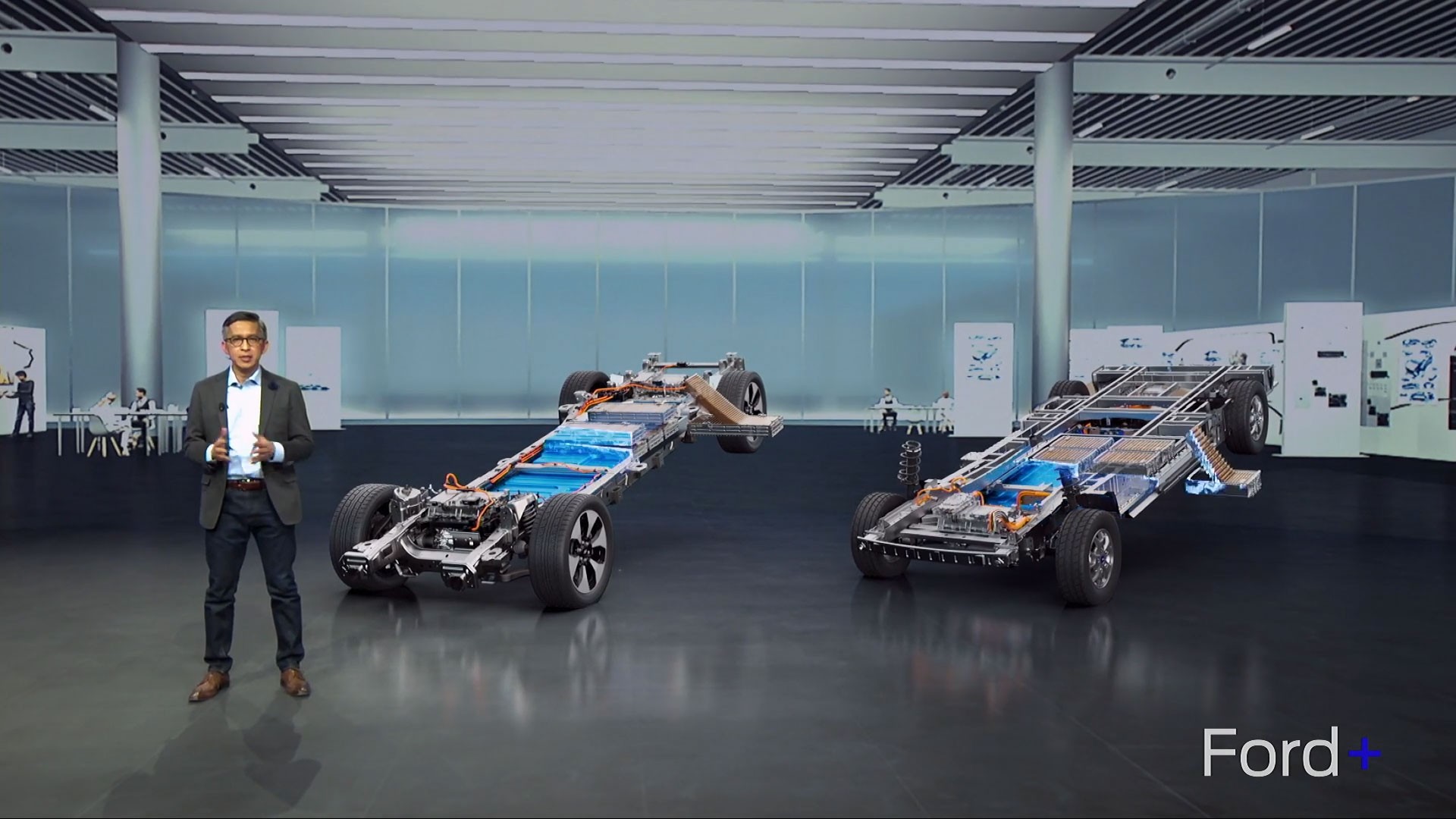 On the battery side of things, Ford noted their recently announced BlueOvalSK joint venture will build battery cells and arrays at two different plants in the United States. The company also revealed plans for IonBoost lithium-ion batteries, IonBoost Pro lithium iron phosphate batteries (for commercial vehicles), and long-range, low-cost solid-state batteries. The latter will combine know-how from Solid Power as well as Ford’s own engineering capabilities.

Ford expects battery costs to drop 40% by mid-decade and CEO Jim Farley said solid-state batteries are “within reach” before 2030. Ford’s Chief Product Platform and Operations Officer, Hau Thai-Tang, also talked about next-generation batteries known as IonBoost+. They’re slated to have the “highest energy density of any cell of its type” and this should result in higher levels of efficiency as well as long ranges. They’ll have a pouch cell design and this is said to be ideal for large vehicles as well as performance products.