We’ve already caught Mercedes testing out the bigger AMG EQS on track and now we have evidence of the smaller AMG EQE thanks to these photographs taken at the Nurburgring.

The camouflage does a good job of hiding any modifications to the body, though the new wrap covers the side sills differently while the big brakes betray the high-performance nature of this test car. The driver’s AMG helmet also implies that some serious testing is happening.

It’s also worth noting that the AMG EQS model that we’ve seen testing also looks pretty similar to the traditional model. To be sure, figuring out how to imply performance when you can’t really use big exhaust tips, big air vents, and when drag reduction may make big spoilers less favorable will be a challenge. It could also be that along with the camo, Mercedes has omitted some performance mods to throw us off the scent, though.

Read Also: Mercedes Is Already Testing An AMG Version Of The EQS 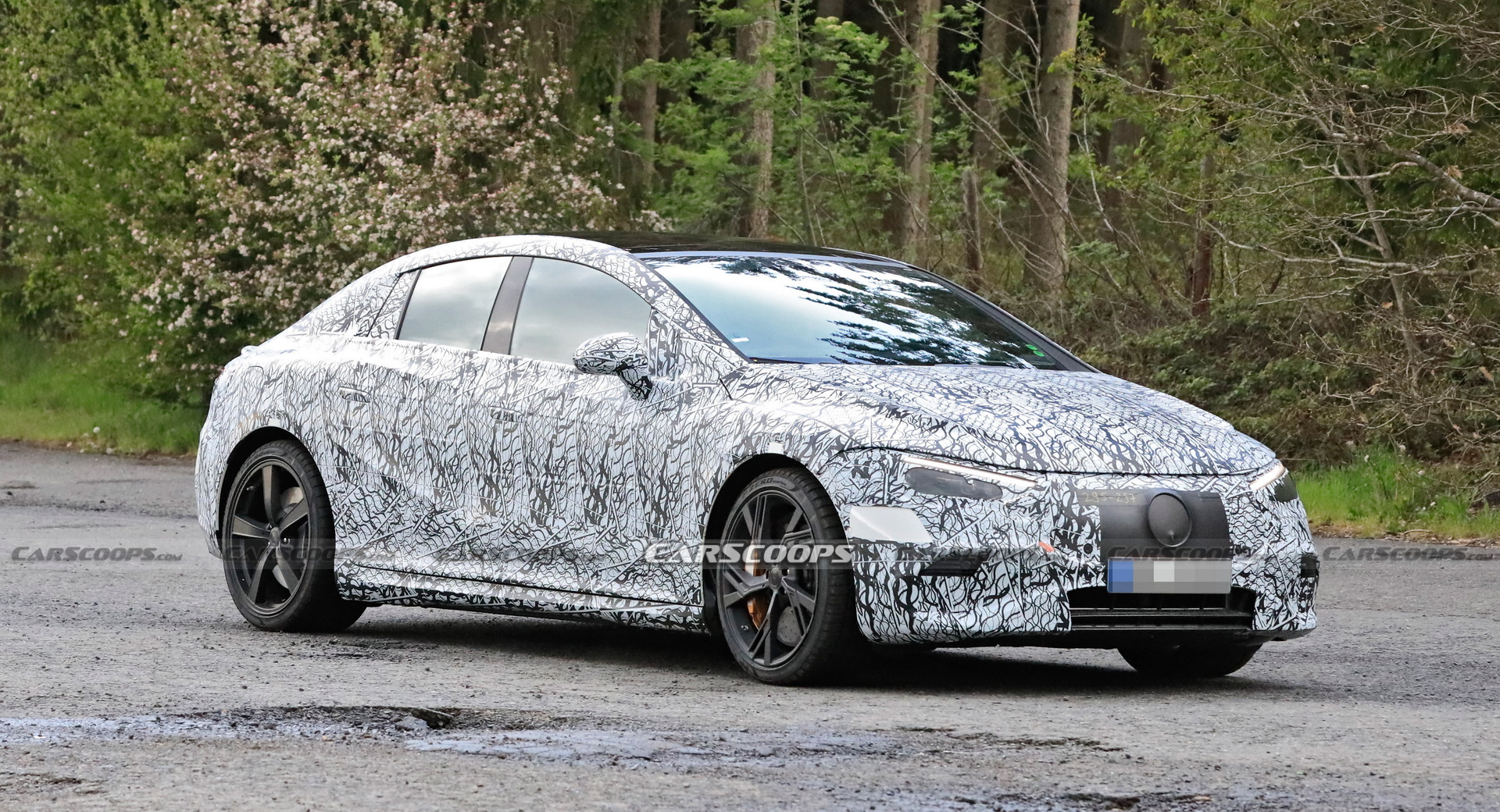 The hotly anticipated EQE is the electric alternative to the E-Class and like the EQS, will be built on Mercedes’ EVA platform. In the bigger EQS, it can manage up to 479 miles of range and will be able to hit 60 mph in just 4.3 seconds. A high-performance variant has been promised with up to 715 hp, which will likely encourage that acceleration time to shrink a bit. The smaller EQE may have to make do with a slightly smaller battery pack and smaller range figures as well.

Mercedes has been caught registering trademarks for the names EQS43, EQS53, and EQS63. Odds are, then, that the automaker will choose a similar naming convention for the EQE, potentially calling it the EQE43, EQE53, or EQE63.

The standard Mercedes EQE is expected to make its debut at the Frankfurt Auto Show in September and deliveries are expected to begin in early 2022.

Government Study Says Electric Cars Are Much Cheaper To Live With