Even the Ford Mustang is bound to go electric at some point if it wants to stick around in the future (yes, we mean the pony car, not the Mach-E crossover). One designer, Tyler Kwon, has given us his take on that with his Mustang E1, a study that both reimagines the Mustang in a new smaller segment and branches the name off into its own sub-brand. 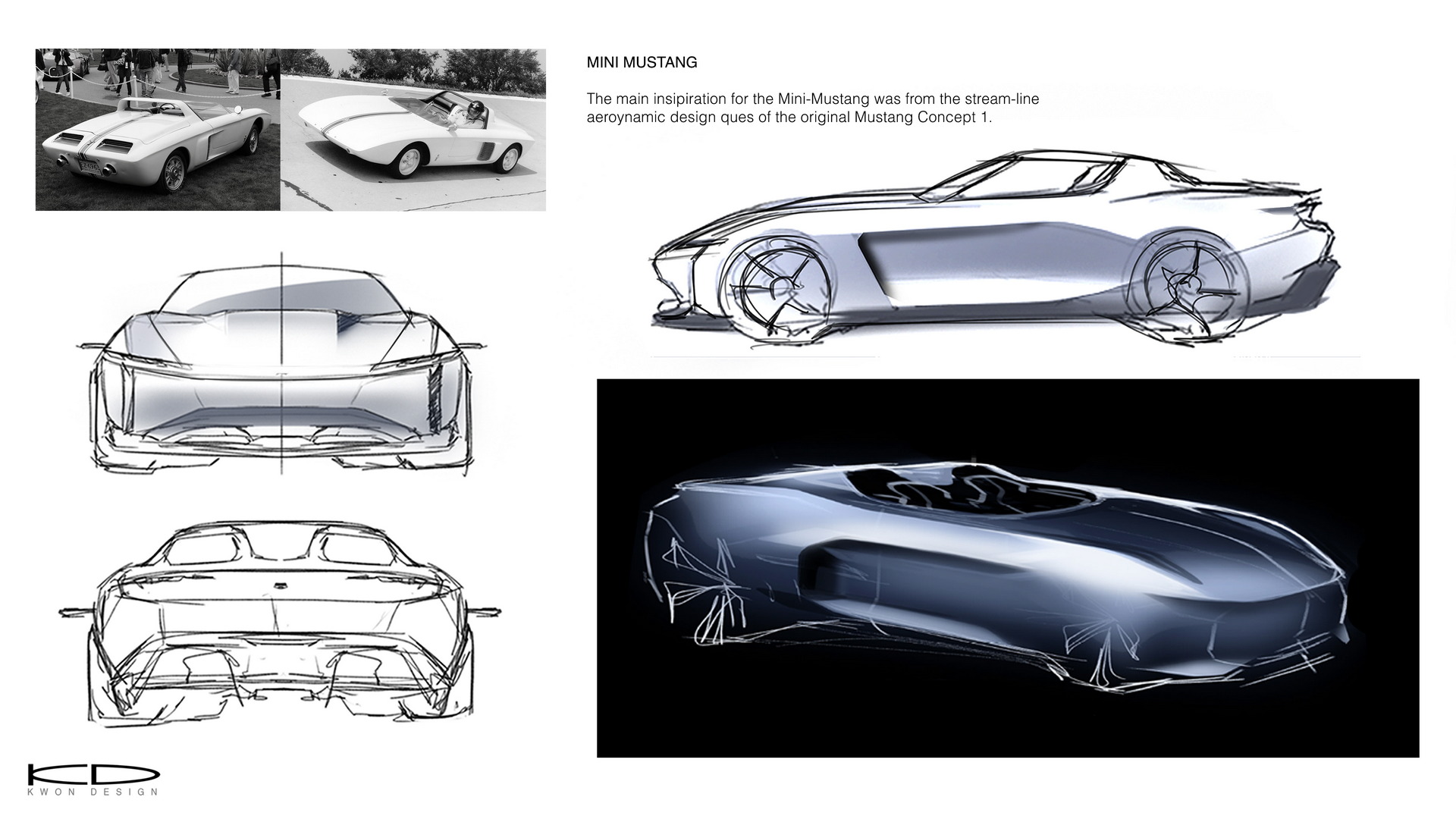 His more compact Mustang E1 draws its primary inspiration from the 1962 Mustang I, one of the original concepts for the Ford Mustang. The aluminum-bodied car featured a roofless design and was powered by a mid-mounted 1.5-liter V4 engine. Yes, you read that right: a V4. 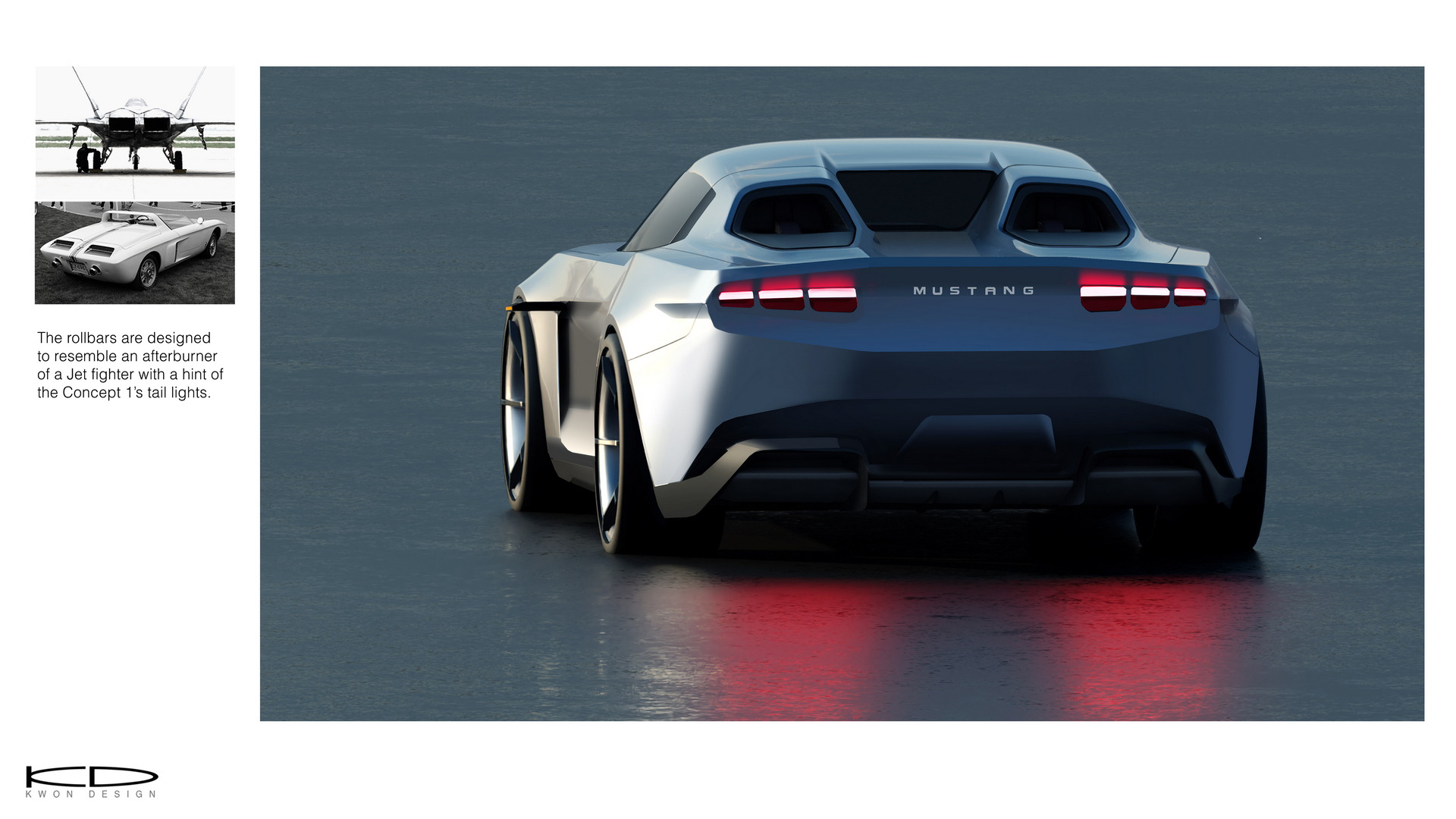 While that car was a mid-engined gas-powered speedster, Kwon’s E1 is a hardtop convertible EV. These might sound different on paper, but the study does borrow a number of styling cues. Things like the E1’s pointed nose, roll bars and wraparound windshield, all hearken back to the original concept while still keeping a modern feel. Additionally, the E1 also includes design details from some more modern Mustangs like the hood bulge, muscular rear fenders, and signature triple taillights. 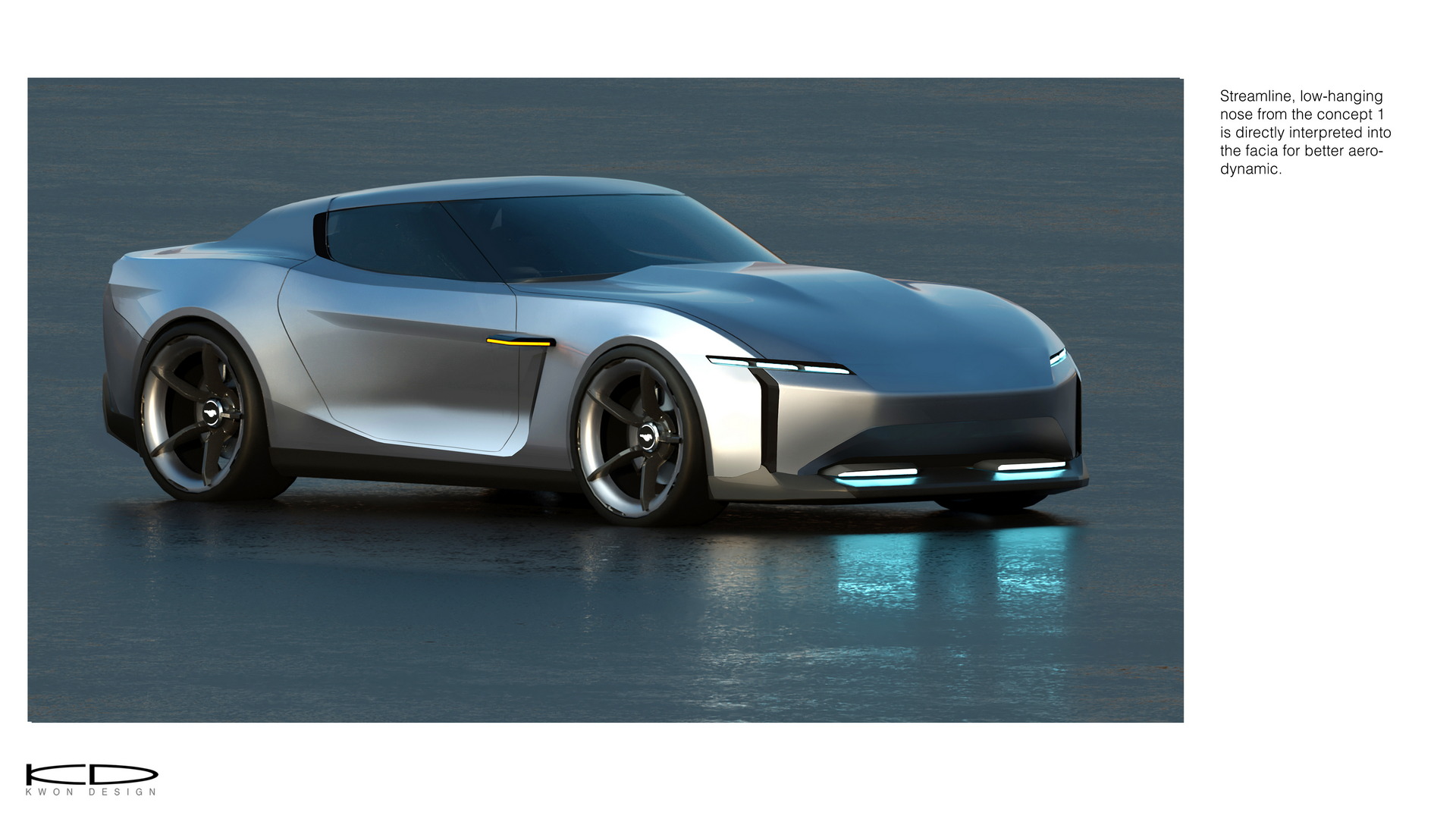 Overall, the E1 is a really interesting look at a possible future of the Mustang and makes you think what could become of the iconic pony car in the industry’s inevitable transition to electric vehicles over the next decade. 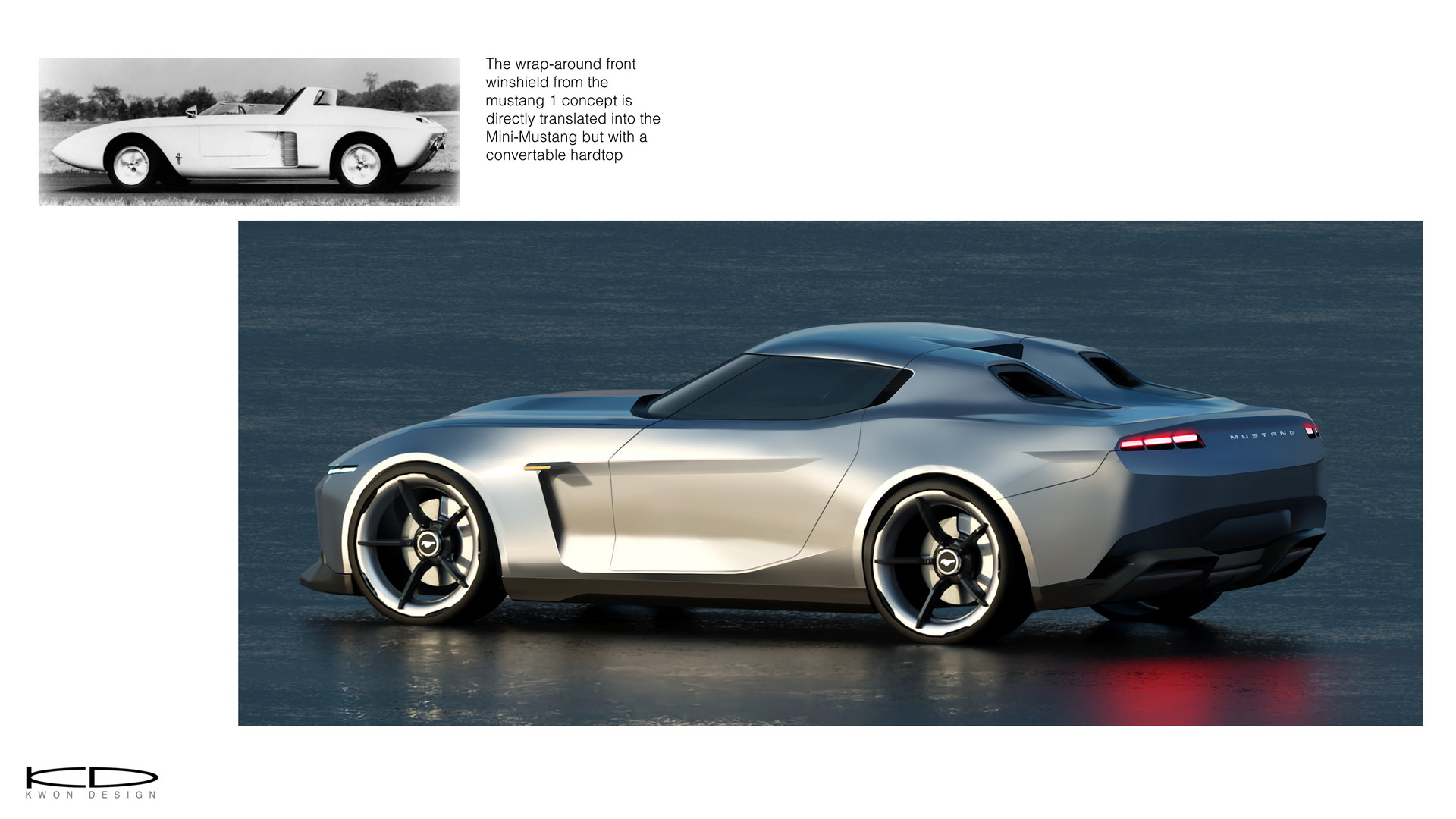 Note: These renderings were created by Tyler Kwon and are not related to or endorsed by Ford

VW’s Future Flagship Project Trinity EV Is All About Interior