2022 Mercedes-Benz EQS: Everything We Know So Far About The Flagship Electric Sedan | Carscoops

The EQS, Mercedes-Benz‘s first fully-electric sedan, is set to make its debut in less than two weeks on April 15, and as that day comes nearer, the automaker is shedding some more light on the car’s details. 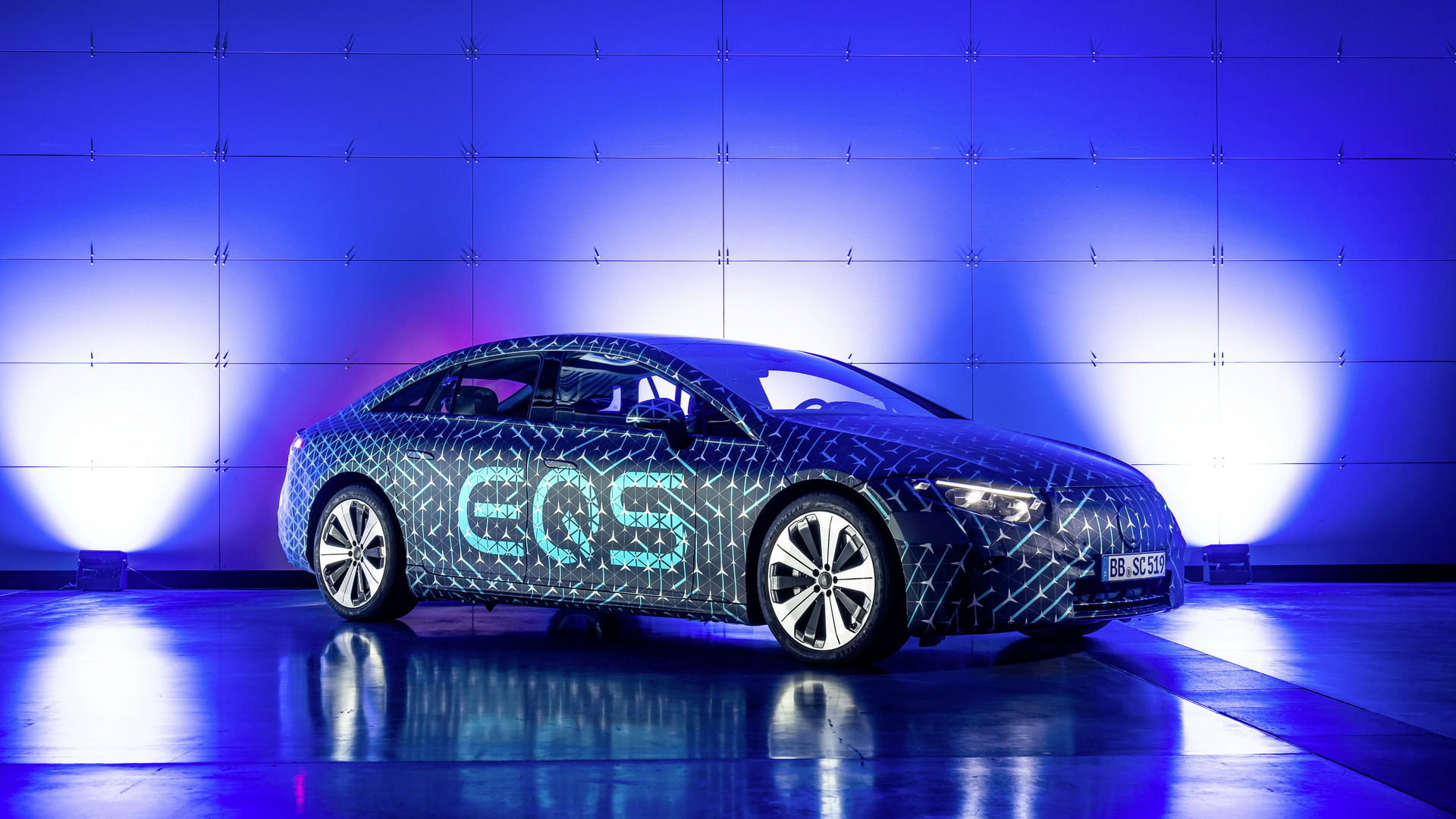 Read More: Mercedes Thought About Adding Faux Engine Noises To EQS But Decided Against It

It is not yet clear whether there will be an AWD version of the 450 or RWD version of the 580, so we’ll have to wait to find that out. Top speed on all models is electronically limited to 125 mph (210 km/h), presumably for range preservation, although there could be other reasons for that decision as well. 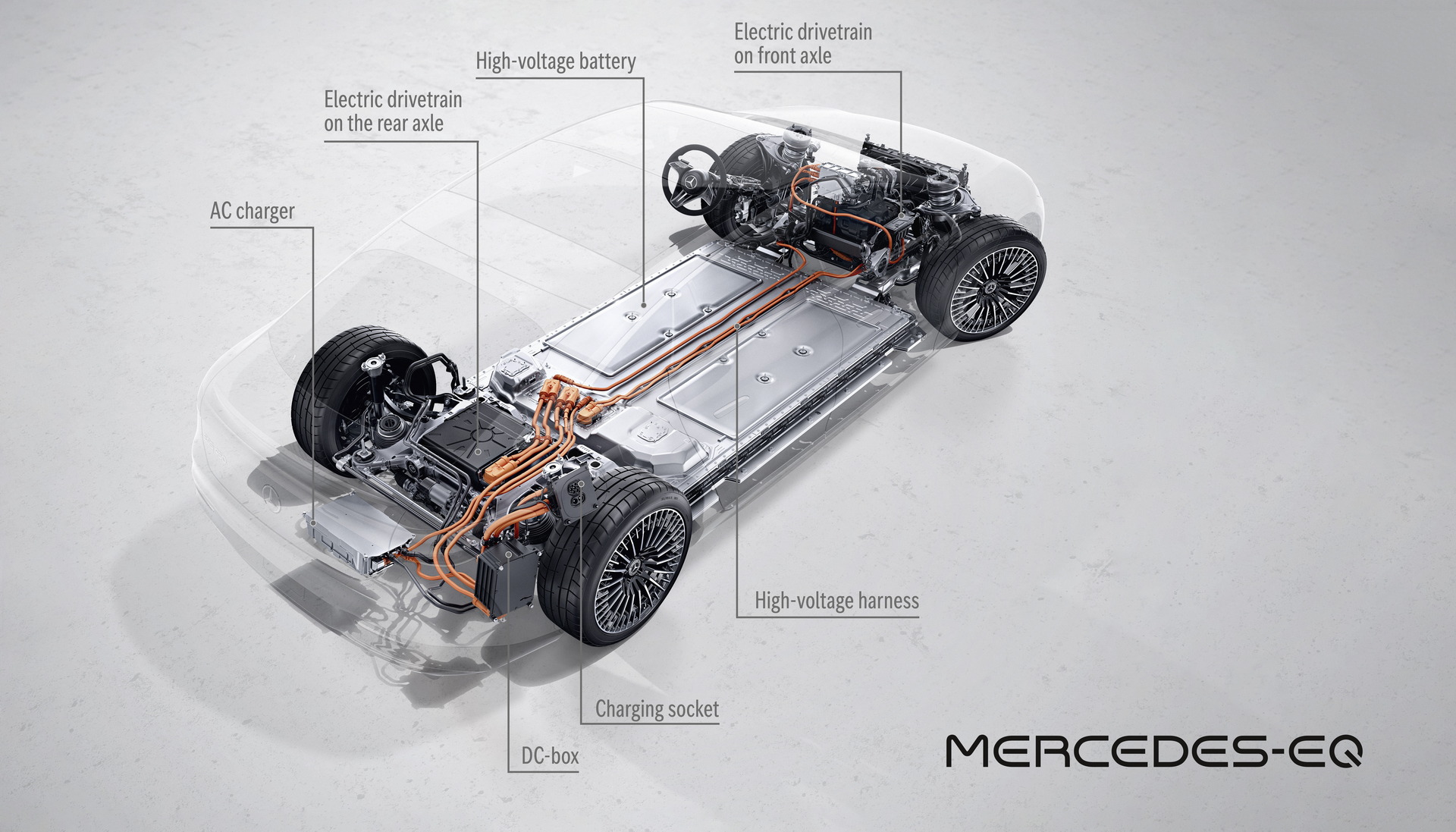 On the topic of range, the EQS is said to be able to travel up to 478 miles (770 km) on a charge as measured under Europe’s WLTP testing cycle. That number likely corresponds to the 107.8 kWh battery, although a 90 kWh unit will also be made available.

The impressive figure is also able to be achieved thanks in part to the car’s record-low drag coefficient of just 0.20, which beats the previous record for a production car of 0.22. Not just that, but the low drag coefficient also helps make for a quieter cabin since the car now slides more smoothly through the air, reducing wind noise. 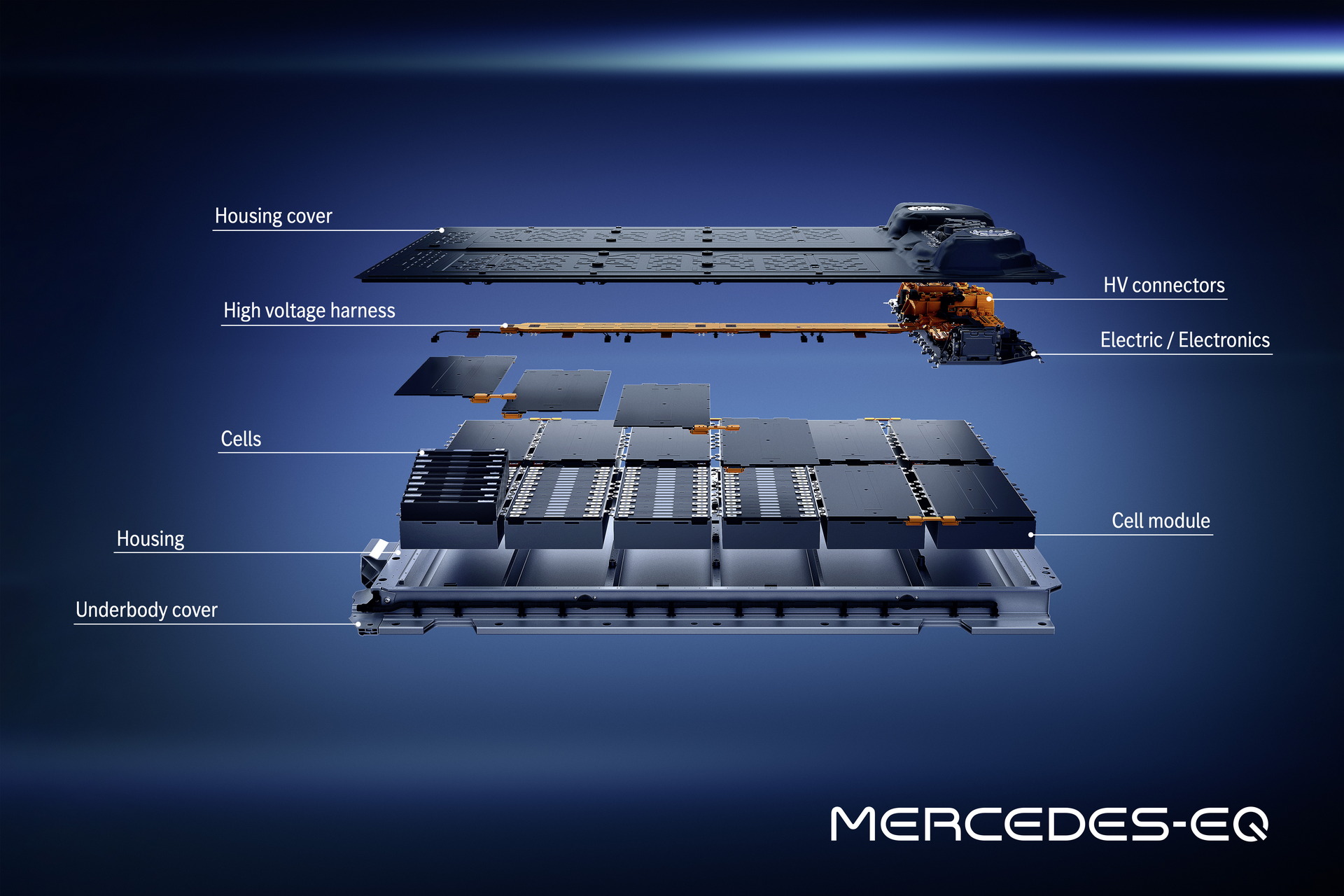 As for charging, the EQS can be charged at up to 200 kW at fast charging stations with DC current—which can replenish around 186 miles (300 km) of range in 15 minutes—or up to 22 kW with an optional on-board AC charger. Mercedes is also making use of what they call “Plug & Charge” capabilities, which enable the car and charging station to communicate by way of the charging cable. This allows for seamless payment at any one of the roughly 500,000 Mercedes me Charge stations worldwide where all you have to do is plug the car in, charge, and unplug when you’re finished. The billing will all be handled automatically by the Mercedes me app.

Interior and that massive display

Lastly, we can’t talk about the EQS without mentioning the interior and its massive Hyperscreen. The 56-inch curved screen, which stretches nearly the entire width of the dashboard, incorporates a gauge cluster, infotainment system, and passenger display all into one unit. And for those looking for something more conventional, a 12.3″ screen similar to the one on the gas-powered S-Class will also be available. 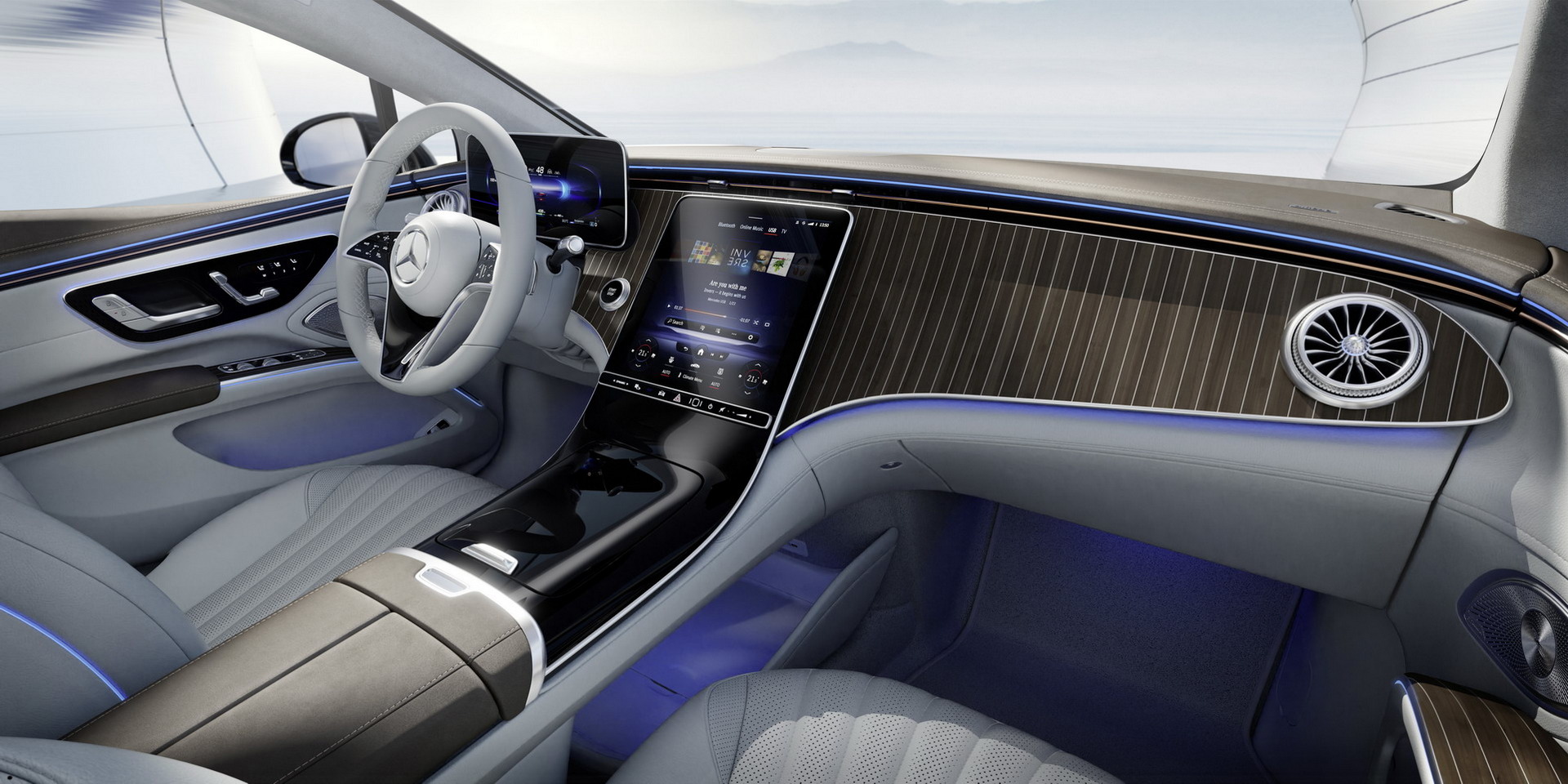 See Also: All The New Electric Sedans Coming Before 2023 That We Can’t Wait To Drive

It seems that if Mercedes can price it right, with the power, range, tech, and luxury it has, the EQS could be one of, if not the first car to truly take the fight to Tesla. We’re excited to see what happens after it eventually makes it to market, which is expected to be later this year after the unveiling on April 15.

The schools at the front lines of solar – Electrek