The teaser campaign for the 2022 Chevrolet Bolt EUV continues as the company has released a new video that provides a peek inside the cabin as well as a glimpse of the exterior.

As you can see in the video, a family is taking a trip and passes three hitchhiking ghosts from Disney’s Haunted Mansion. While the family doesn’t stop, the ghosts fly into the crossover and everyone is surprisingly okay with that.

The clip isn’t very revealing, but it shows the Bolt EUV will offer two-tone perforated leather seats with contrast stitching. The image of the rearview mirror also suggests the model will have massive blind spots due to the thick rear pillars. 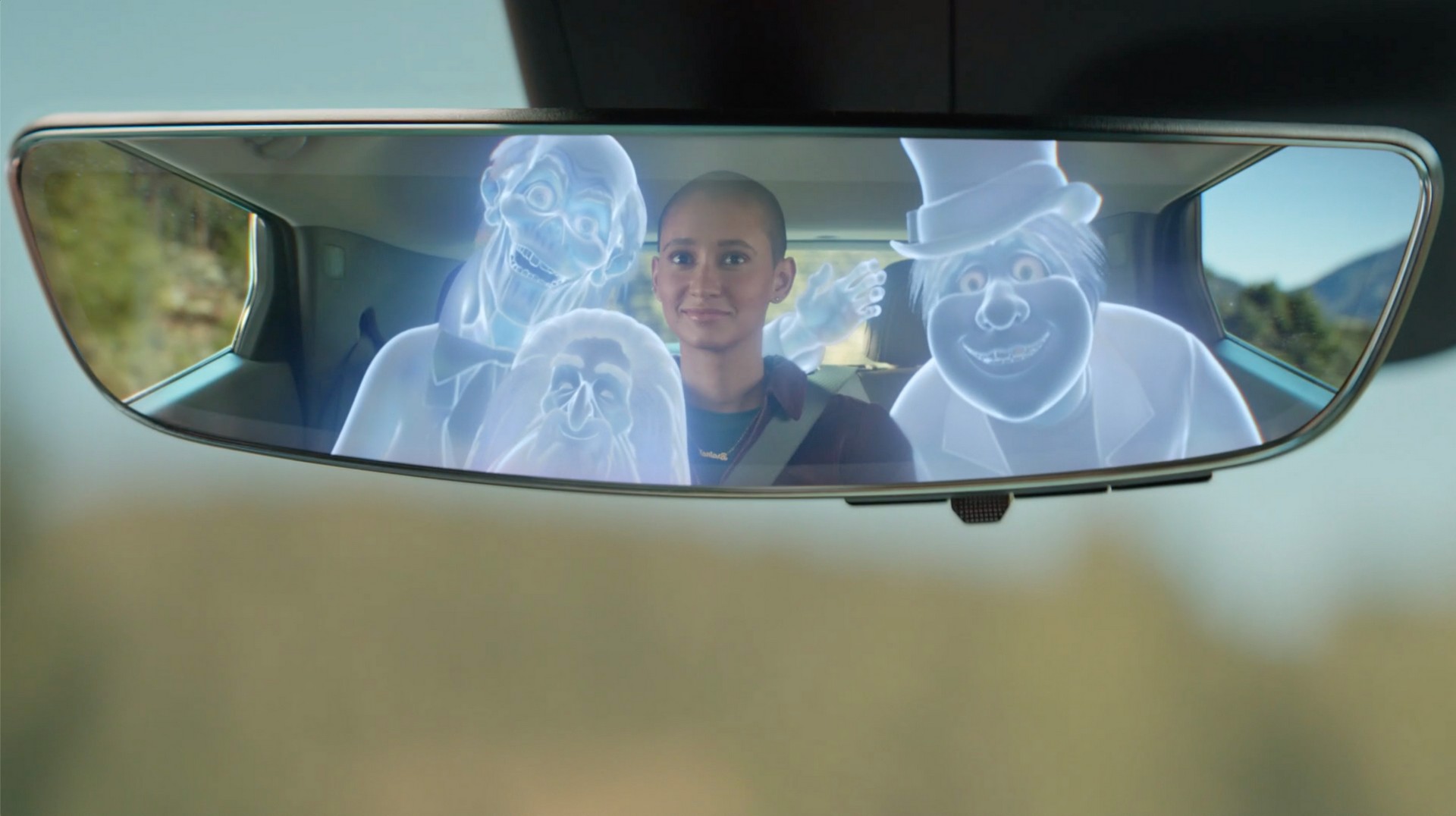 That isn’t much to go on, but previous teasers have shown the crossover will have a digital instrument cluster and a more traditional center stack than the standard Bolt. Chevrolet has also confirmed the Bolt EUV will be their first electric vehicle to offer the Super Cruise semi-autonomous driving system.

The exterior is only shown briefly, but we can see a sloping roof, an angular rear beltline and slender taillights. The latter have been revealed in previous teasers and they’ll be joined by front lights that combine LED daytime running lights with sequential turn signals.

Chevrolet is keeping specifications under wraps, but the current Bolt has a 66 kWh battery pack and an electric motor that produces 200 hp (150 kW / 203 PS). This enables the hatchback to travel up to 259 miles (417 km) on a single charge.

The 2022 Chevrolet Bolt and Bolt EUV will be unveiled on February 14th, so stay tuned for full details.

Audi Already Has An Answer To Volvo’s C40 Recharge