Toyota put recent rumors of a months-long delay to rest by unveiling the second-generation 86 online. Positioned below the Supra, and called GR 86 in Japan, the coupe is again closely related to the Subaru BRZ.

Viewed from the side or from the back, the GR 86 is nearly identical to the second-generation BRZ introduced in the fall of 2020. Only brand-specific wheel designs and emblems set the two cars apart. It’s a slightly different story up front, where the 86 receives a redesigned front bumper with a bigger grille and smaller air intakes. If you want to play seven differences, here’s a photo of the 86 and the BRZ parked side by side. 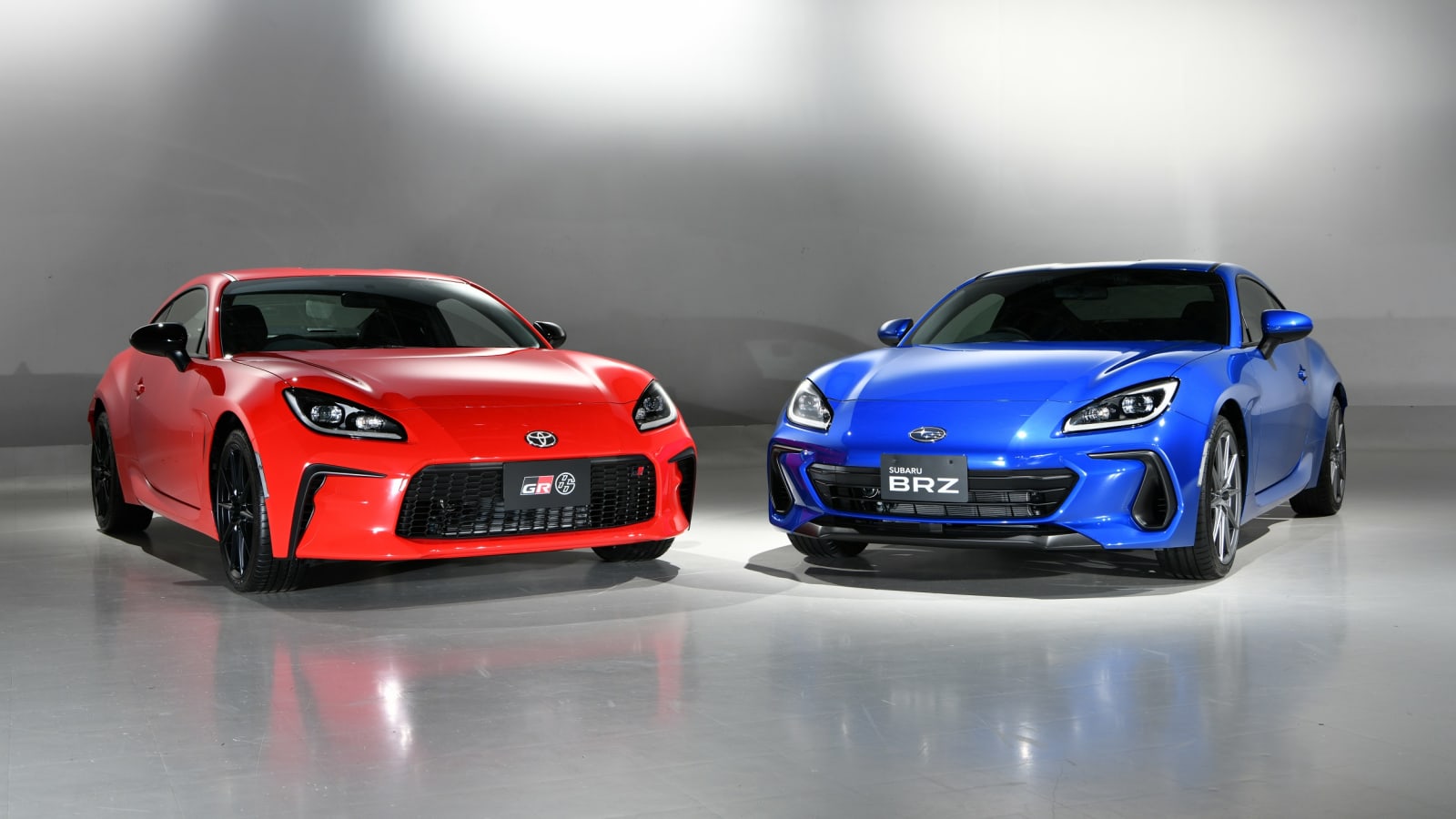 The similarity is not a bad thing. It means the 86 returns as a nimble coupe with head-turning proportions. It was developed for drivers in a way that’s increasingly becoming lost across the industry. Inside, this handling-first approach is characterized by a layout that puts an equal focus on sportiness and simplicity. Sitting on an aggressively-bolstered seat, the driver faces a three-spoke steering wheel and a digital instrument cluster, while the center stack houses a touchscreen plus a handful of dials and buttons. Here again, the 86 looks a lot like the BRZ.

Toyota stresses the common sheetmetal doesn’t tell the full story. It pointed out that, while the 86 and the BRZ are essentially the same car, it tuned its version to deliver a different driving feel than Subaru’s. It described the relationship between the teams that developed each car as a friendly rivalry. We’ll need to wait until we have the opportunity to take both for a spin to find out what the contrast means in real-world street and track conditions.

Power for the 86 comes from a 2.4-liter flat-four engine sourced from Subaru and tuned to develop 232 horsepower and 184 pound-feet of torque. It’s again naturally-aspirated, it doesn’t sound like a turbocharged model is in the pipeline, and it spins the rear wheels via either a six-speed manual transmission or a six-speed automatic. If 232 horsepower doesn’t sound like enough, keep in mind the 86 tips the scale at merely 2,800 pounds. Reaching 62 mph from a stop takes 6.3 seconds, according to the manufacturer, down from 7.4 in the previous model.

Toyota will release additional information about the second-generation 86 (including details on the American-spec model) in the coming months. Sales in Japan will start in the fall of 2021, meaning we’ll see it here as a 2022 model.

Tesla Beijing Joins Musk In Denying Its Vehicles Are Spying