If you were holding off buying a Tesla Model S Plaid until the first reviews came out, that decision will cost you as the company has raised prices ahead of today’s delivery event.

There’s no explanation for the price increase, but it’s worth noting the vehicle is still cheaper than the Model S Plaid+ which was originally slated to start at $149,990. However, as we reported earlier this week, the Model S Plaid+ was cancelled at the last minute as Elon Musk declared there was “no need” for the variant as the standard Plaid “is just so good.” 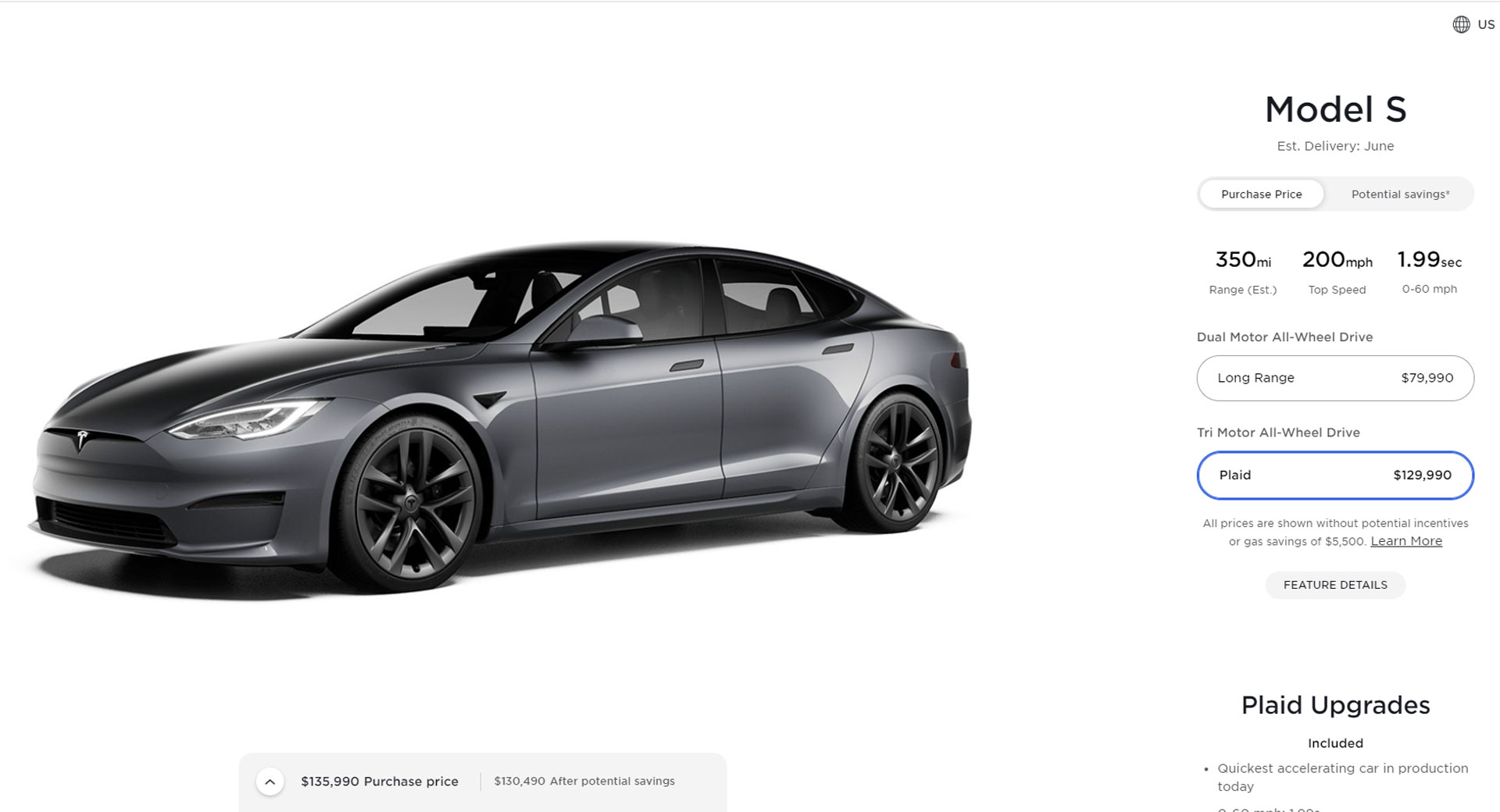 Tesla will be hosting a delivery event tonight at 7 pm Pacific from their Fremont factory. The company hasn’t said much about the event, but it will be livestreamed and Tesla will presumably use the launch to renew interest in the aging Model S. The latter is important as the car is facing an onslaught of new competitors including the Audi E-Tron GT, Porsche Taycan and Mercedes EQS.

Which EVs Are Cheapest To Run, & Which States Is It Cheapest?