First unveiled in October 2020, the Gymkhana 2020 WRX STI is a carbon-fiber-bodied one-off designed to do the ridiculous and this summer, Subaru thinks it can perform exactly that in front of crowds.

The automaker has revealed the competition and display tour for the 862 hp beast that will include hill climbs, auto shows, and more.

The car is currently starring on YouTube in the Hoonigan “This vs. That” series. It has even had its very own special series, in which every race finishes with a 100 foot jump for the WRX. 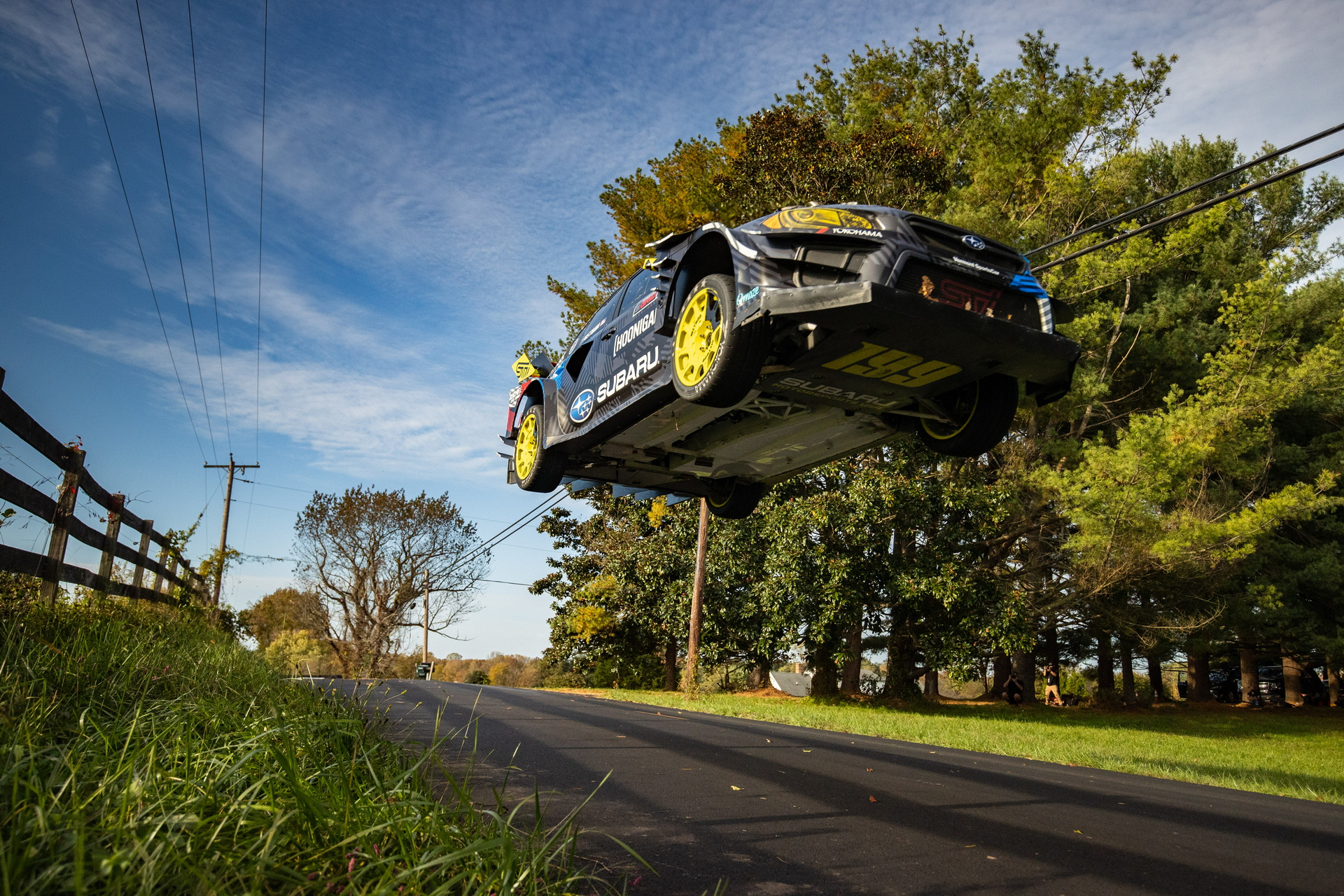 That will be followed by the release of Gymkhana 2020 Extended Cut on Subaru’s YouTube page on June 15. The video will feature more than a minute of additional footage and new stunts done in driver Travis Pastrana’s hometown of Annapolis, Maryland.

The car will then visit the Goodwood Festival of Speed Hillclimb Shootout in July where Pastrana will take on the 1.16-mile hill. That won’t be the car’s only hill climb, though. In August, it will return to competition at the Subaru Mt. Washington Hillclimb where Pastrana will attempt to beat the record of 5:44.72 up the 7.6-mile course he set in 2017.

“From the first test in this STI, I knew we had to use it for more than Gymkhana!”, Pastrana said. “So much power and downforce, plus all the rally and rallycross tech in the chassis and suspension – this car is going to be perfect for hillclimbs, where we can really take advantage of this level of performance. Plus I’m really excited that we can finally share it with fans for the first time as events reopen this summer.”

The full 2020 calendar can be found below.