Drake is very, very wealthy and he isn’t afraid of spending the money he earns and recently, he picked up the keys to a Rolls-Royce Cullinan and had it outfitted with a plethora of modifications.

To customize his Cullinan, Drake partnered with Chrome Hearts, a luxury brand that’s known for its gothic aesthetic. The exterior of the luxurious British SUV has been outfitted with a unique lower front grille, black gothic crosses in place of the standard Spirit of Ecstasy hood ornament, and a set of wheels featuring the Chrome Hearts logo and complete with an engraved ‘F**k You’ inscription across the edges. The Cullinan has also been lowered quite dramatically.

Modifications made to the Rolls-Royce are particularly evident in the cabin as most interior surfaces have been re-trimmed in bespoke black leather with complex embroidery and patterns. The result certainly won’t be to everyone’s taste but the alterations appear to have been really well done. In fact, the Cullinan is so special that it will be displayed at Miami’s Institute of Contemporary Art Museum until May 15th. 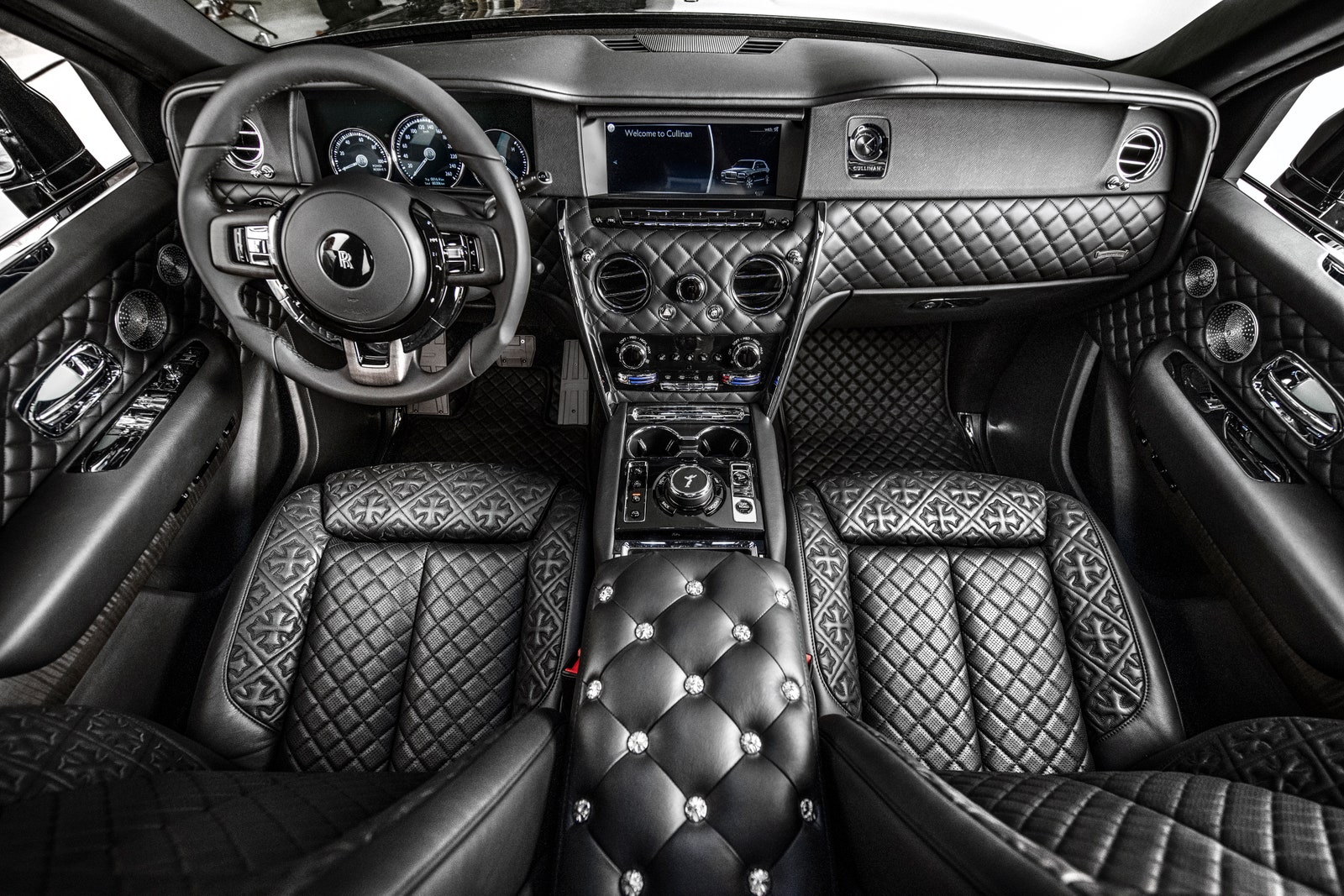 This Cullinan forms part of a broader collaboration between Drake and Chrome Hearts that has also led to the creation of a day planner, sterling silver face roller, gold keyring, a Teddy bear, and other pieces of merchandise.

“He wanted things to be heirlooms and have them be coveted,” Chrome Hearts co-owner Laurie Lynn Stark told Complex. “He was very specific about having things that have longevity. Like, in 10 years, if someone says, ‘Oh, remember they did that Drake project? What were those few pieces that were made? How do you have one? There’s only a limited amount which makes it prestigious to own.”

Dead In The U.S.: Rolls-Royce Wraith And Dawn

At Half The Price, Is The Mercedes-Maybach GLS600 More Than Half As Good As The Cullinan? | Carscoops

Top Gear America Wants You To Give It A Chance