Would you be surprised if we told you that this Rolls-Royce Ghost comes from Mansory? We were, considering that their usual projects include just about anything flashy and this build looks fairly restraint – for a Mansory, that is.

Named the Launch Edition, it brings some aftermarket upgrades to the new generation Ghost. The most visible are obviously the golden accents that contrast the darkened exterior, joined by a discreet carbon fiber trunk lid spoiler and hood attachment made of the same lightweight material.

Review: 2021 Rolls-Royce Ghost Is Close To Perfect Without Stepping On The Phantom’s Toes 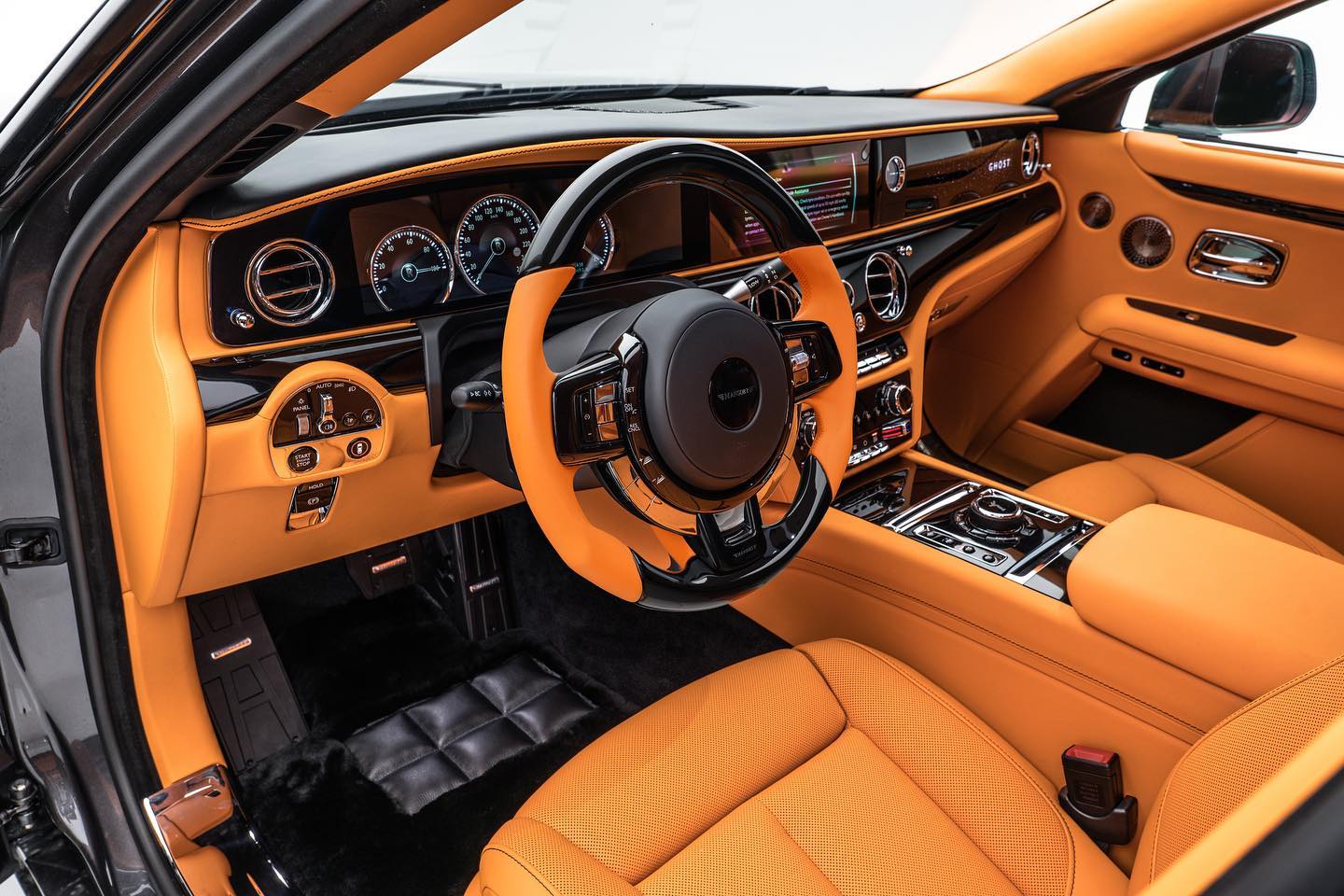 The car rides on new 22-inch wheels and features a sports exhaust system as well, in addition to a very lively looking interior that’s dominated by orange and contrasted by the glossy black accents, a dust and fingerprint magnet. The steering wheel was reinterpreted by Mansory and holds their logo in the middle, and that’s about it inside.

Mansory rarely tampers with the power of their tuned cars, and considering that they didn’t say anything about performance, it is likely that this Ghost has a stock engine breathing air from behind that opulent grille. This means that the Phantom’s smaller sibling, which shares the same platform, packs a 6.75-liter V12 with twin turbocharging.

Rolls-Royce Says Skip The Backpack And Basket For Your Cullinan

New Audi A6 e-tron – you can play video games using its headlights!?!

Ford Mustangs Are Now Spinning Out Of Control On Highways | Carscoops