Italy’s Customs and Monopolies Agency has confiscated a Rolls-Royce Phantom that was destined for a company in Rome.

According to the agency, the car was imported from Russia but was found to be equipped with a customized interior with crocodile skin on the seats, armrests and door panels.

While it’s not uncommon to see customized Rolls-Royces, crocodiles are a protected species and trade of items with crocodile skin are regulated under the Convention on International Trade in Endangered Species of Wild Fauna and Flora (CITES). While its a wide-ranging multinational agreement, Italian officials noted the use of crocodile skin is prohibited without “required authorizations.” 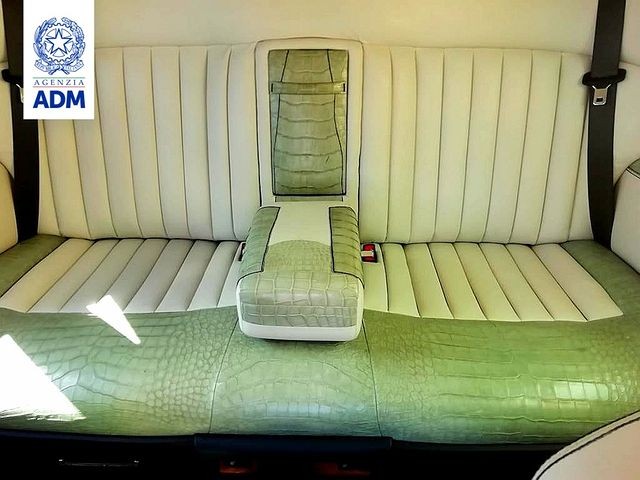 It appears the Rolls-Royce in question didn’t have the proper paperwork as it’s now in the hands of authorities. However, the parties are exploring the possibility of removing the crocodile skin and this would presumably alleviate the issue.

The agency, known as ADM, said there are “more and more seizures of goods and objects obtained with the use of protected or endangered species” so they’re on high alert for this type of crime. Of course, it’s probably easy to spot when the goods arrive in the form of an ultra-luxury car with a crocodile skin interior.

It’s also worth noting Russian tuners are known for offering odd skins for their vehicles. Dartz was famously involved in the whale penis leather incident, which sparked international outrage.