in RAM
A A
ShareTweetPinSendShareSend

There’s no denying it: the Ram 1500 TRX is an impressive thing. Filled with all the power that a Hellcat engine can provide and all the off-road bits Ram could find, it looks ready to go racing from the factory. So how does it fare against a real off-road racer?

Ram 1500 Production Could Be In Serious Trouble

Hoonigan took it upon themselves to find out, pitting the TRX against a Class 1 off-road racer in a series of 500 ft on-road drag races. The kind of thing you’d find at SCORE races or in Baja California, the 1969 Megalodon Desert Buggy makes a pretty good 582 hp from its supercharged Chevy small block.

Despite being an off-roader, class regulations require it to send all of its power to the rear wheels, which it does via a 5-speed sequential gearbox. Allegedly once based on a Volkswagen Beetle, the only part of the Megalodon that comes from Wolfsburg nowadays is the VIN number. 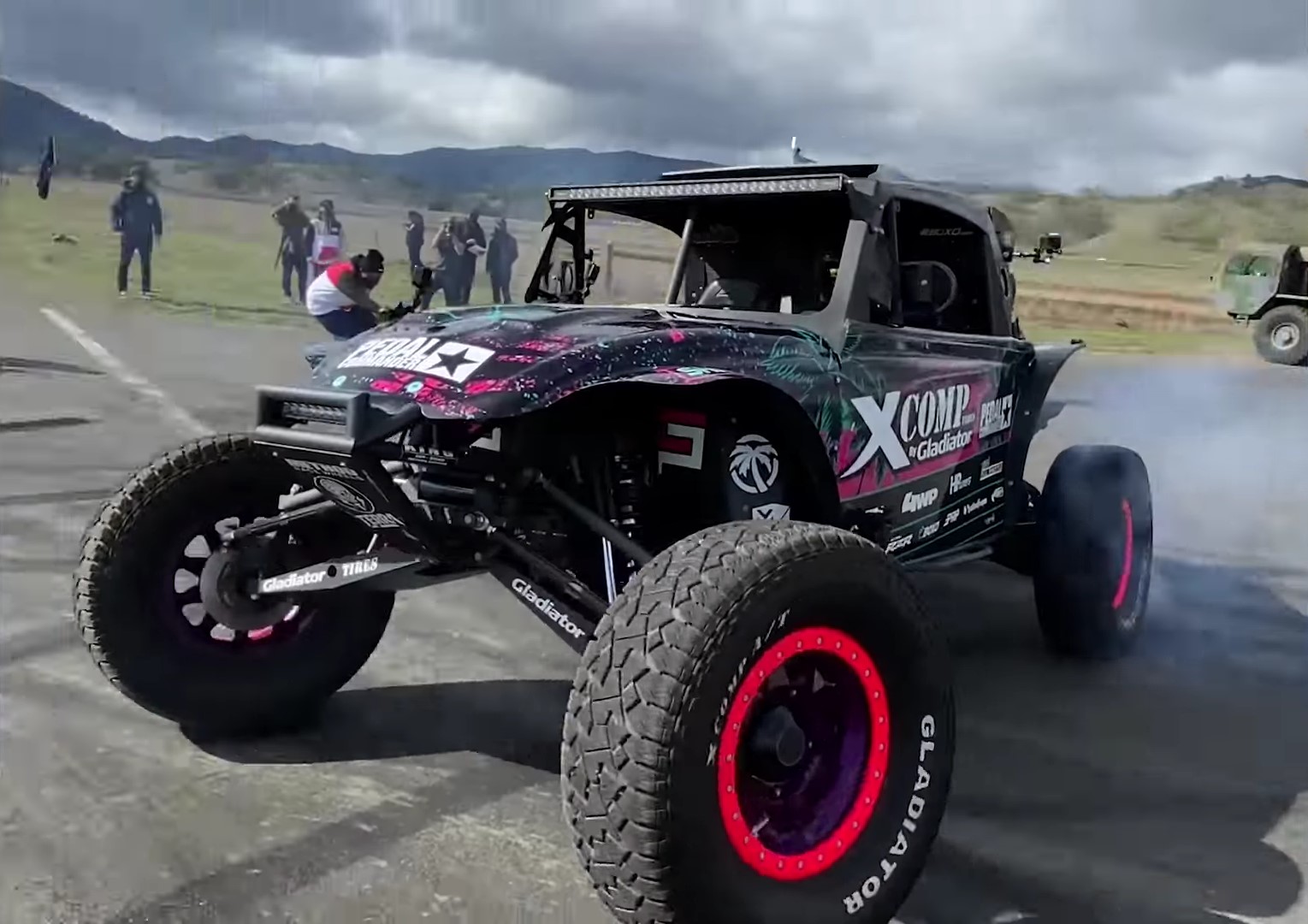 Competing against the TRX on tarmac, it actually seems like it might be at a disadvantage, as the Ram The Ram makes 702 hp from its supercharged Hemi V8. That power is sent to all four wheels via a 10-speed automatic transmission.

The only real advantage the desert buggy has on the road is that it around 3,200 lbs. That’s roughly half the TRX’s 6,396 lbs. Naturally, despite the Ram’s many off-road add-ons, we would expect the Megalodon to beat it handily off-road. On the tarmac, though, its advantages start to look like disadvantages.

In two of the three standing-start races, the Megalodon struggles to put its power down. Tracking the off-roader’s trajectory via its skid marks is like looking at a seismograph chart. In-car footage shows the driver wrestling with the wheel all the way down the drag strip.

Is that enough of a disadvantage to keep this purpose-built race car from winning, even if it’s a shark out of water?

Ram 1500 Production Could Be In Serious Trouble

Yet Another Ram 1500 Special Edition Is Now Available