VW’s New T7 Multivan Doesn’t Come With An Ass Full Of Porsche 911 Motor, But This T3 Does | Carscoops

VW has really put some thought into the latest T7 Multivan, giving the new bus more space, lighter seats, car-like connectivity, semi-autonomous driving capability and an optional hybrid drivetrain. About the only thing it doesn’t have is a 911 flat-six tucked behind the rear bumper. But this tasty T3 Transporter does.

The T3 was built between 1979 and 1991. It followed the classic bay window bus, and still retained a rear-engined layout, unlike the T4 that followed. VW even mentions the facelifted 1986-MY T3 with its color-coded bumpers and rectangular headlights as inspiring the look of the latest T7, acknowledging the T3’s cult status.

And no T3 has more status than the B32 version created by Porsche in the mid 1980s. The story starts with Porsche’s assault on the Paris-Dakar rally with the 959 supercar. Porsche needed to transport crew and tools during testing, but a regular van was too slow. So the engineers dropped in a 231-hp 3.2-liter motor from a contemporary 911 Carrera, creating a T3 that could reach 62mph in 8 seconds and top 135mph. 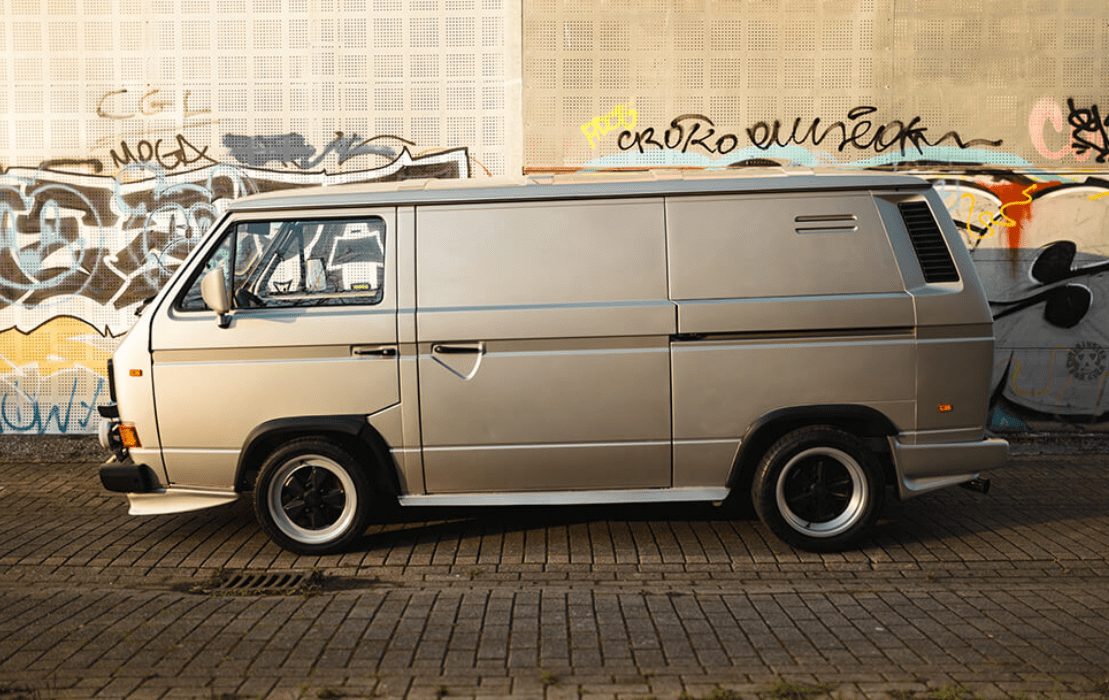 Porsche is alleged to have built 15 such vans, and while this isn’t one of those originals, it looks like it could be plenty of fun. Riding on Bilstein suspension tucked behind a set of classic 16-inch Fuchs wheels, this 1982 Transporter is powered by a 3.0-liter flat-six from the Carrera’s predecessor, the 911 SC. Early versions of this motor made 180 hp, but this one is the later 204-horse model and drives the rear wheels through a five speed manual transmission.

It sounds like the rust-free body has been taken back to bare metal before being coated in silver paint, while the interior has a triple whammy of black leather bucket seats, each equipped with a Schroth harness to hold you in place while you hassle those hot hatches. 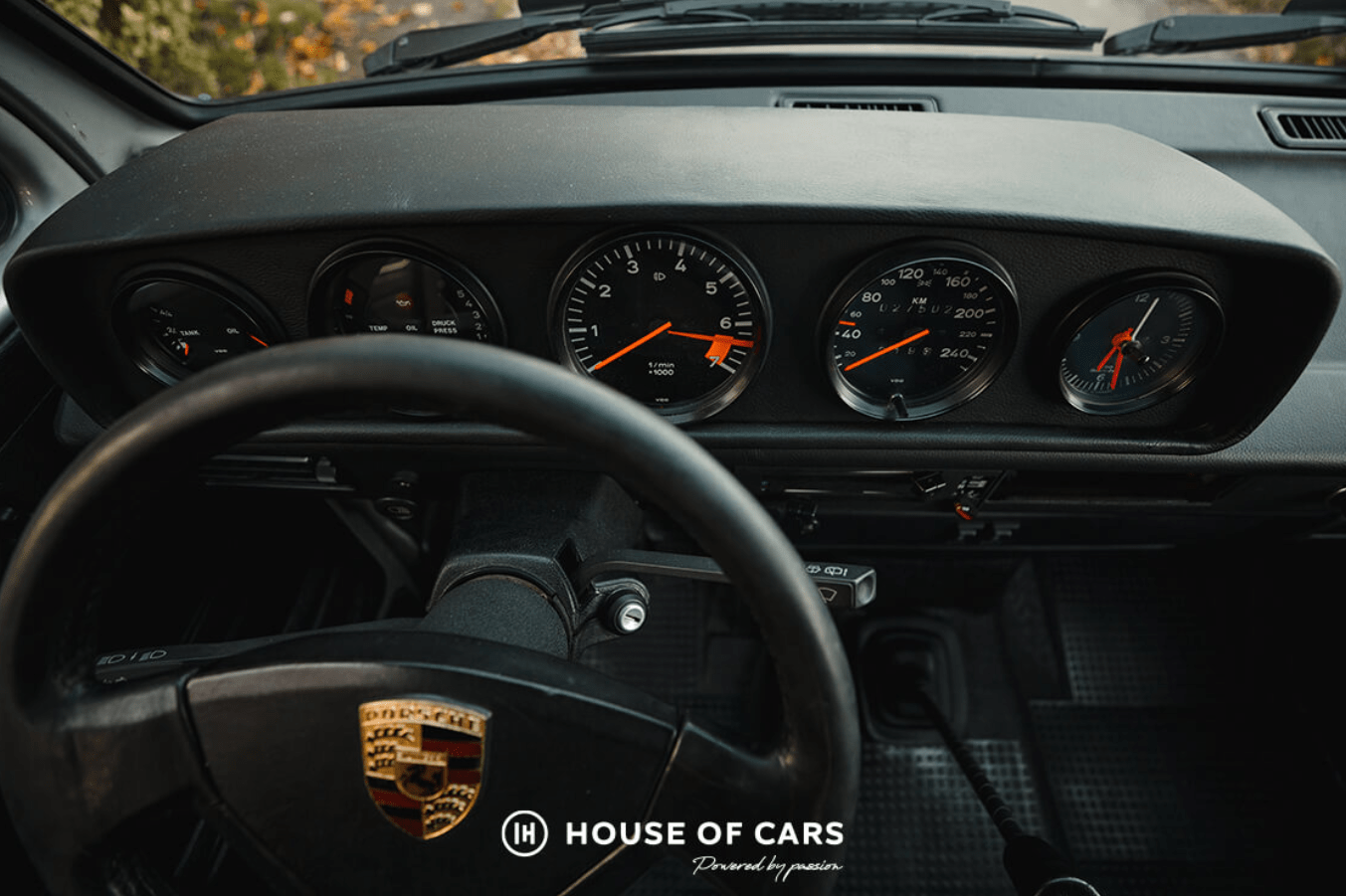 You also get a proper set of 911 instruments, giving the interior more of a Porsche feel than the actual Porsche B32, which retained the velour interior of the luxury Carat-spec T3 Caravelle. Being based on the commercial Transporter, this one doesn’t have rear seats or windows in its side doors, but you could fix that if it was a deal-breaker.

Unfortunately, all these modifications mean the price is more in keeping with a Porsche than a Volkswagen. It’s for sale through House of Cars in Belgium for €84,900 ($103,400), which, in case you were wondering, is more than enough to buy an entire 911 SC, and not just its engine.

Are These The Ugliest Cars Ever To Grace A Race Track? | Carscoops

The Singer “Brooklyn Commission” Porsche 911 Is Up For Sale | Carscoops

Porsche Now Has A Configurator For Its Chronographs | Carscoops