If you’re in the market for a beautifully-restored classic Porsche 911 but don’t have $500,000 to splash on a car from Singer, this delicious 1989 Carrera 3.8L might do the trick. This particular build is what enthusiasts call a ‘backdated’ Porsche, which entails making a newer model look like an older generation car.

The car is up for sale on Bring A Trailer in California and has undergone a plethora of modifications to bring its key mechanical components into the modern age while at the same time, using styling elements from prior generation 911s. The listing notes that the current owner, who runs Zurlinden Restorations & Developments, has transformed the car into a 911 ST-style tribute.

For starters, the exterior of the classic 911 is clad in a custom shade of gray with matte surfacing on the hood, bonnet and door panels. It also features a new steel hood alongside new steel front fenders, wheel arches, and bumpers. Also fitted are 356 sloped-glass headlights, power-adjustable 964 mirrors, an orange bar hood badge, satin black grilles, and new door handles. Complementing the bodywork perfectly are a set of 15-inch Fifteen52 Outlaw 003 wheels measuring 8-inches at the front and 10-inches at the rear and wrapped in Michelin TB15 tires. 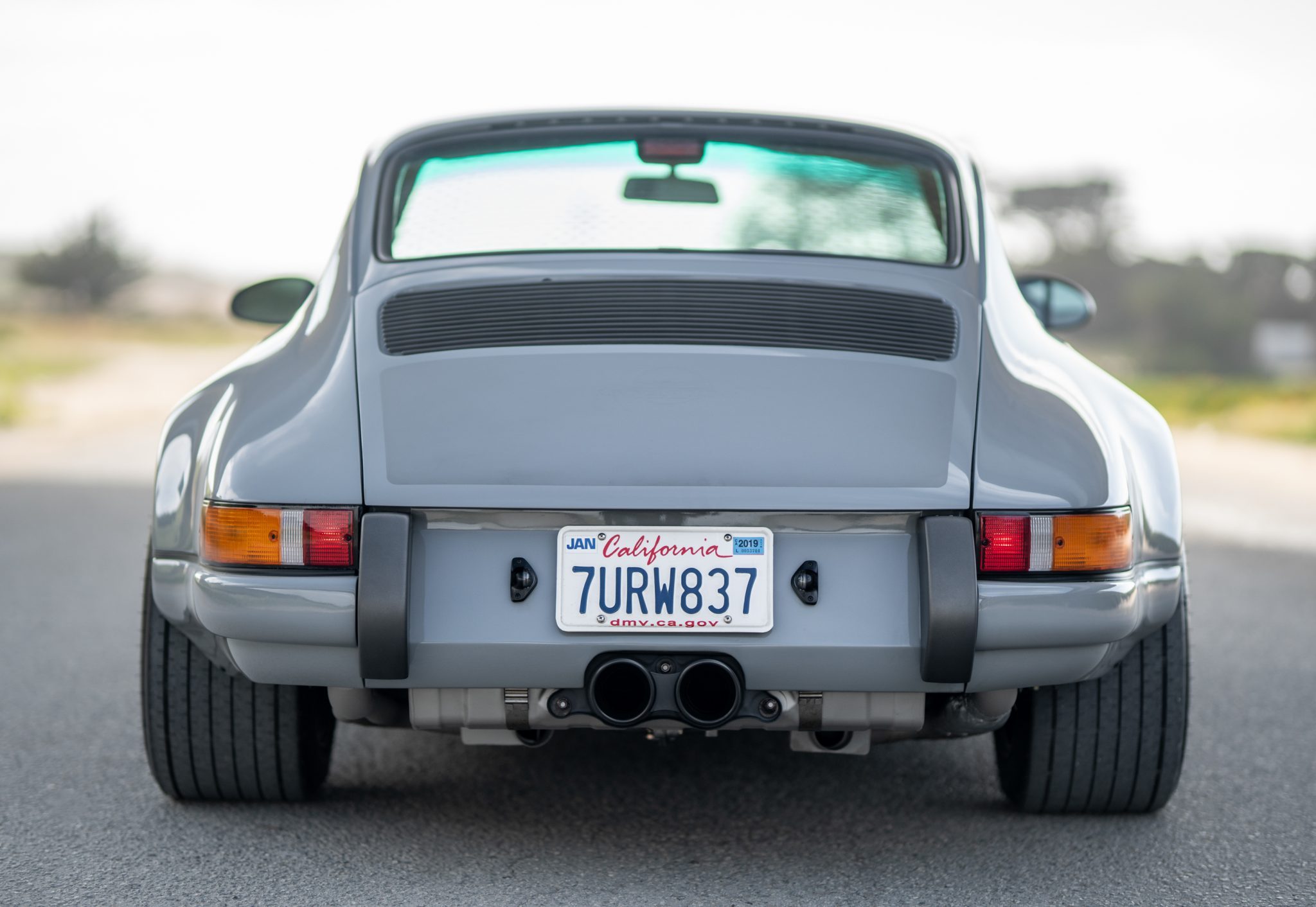 Adorning much of the interior is dark blue Nappa leather and Sport S bucket seats. Also found within is Alcantara across the dashboard and an aftermarket shifter and three-spoke Mono steering wheel.

Power is provided by a modified flat-six from a Porsche 964 that has been bored to 3.8-liters and has a GT3 rotating assembly with titanium connecting rods, 993 Motorsport cylinder heads and oversized valves, aftermarket throttle bodies, and a new ECU. Mated to the engine is a five-speed manual transaxle that has also been upgraded with new ring and pinion bearings, synchros, and a Wavetrac limited-slip differential.

Porsche’s Future Tech Will Create A Soundtrack For Your Life