April Fools Day got off to an early and controversial start this year – oh, yes, Voltswagen, we’re looking straight at ya. We decided, then, to spare you any confusion and come right out and share a roundup of April Fools jokes from automakers in one big dump.

Also Read: Which Of These April 1 Ideas Do You Think Has An Actual Future?

The jokes range from clever to cheeky this year and come from a broad variety of sources. Each shares this much in common, though, they were almost all products or features. I shall therefore don my Shark Tank power suit and rank them in the order of how likely I would be to buy them if they were real.

Who among us saw James Bond’s rotating license plates and didn’t think coffee! None of you? Me neither, but Bentley did because its gag this year is an infotainment display that rotates like a spy’s license plate to reveal an espresso machine to make your morning brew.

Rating: 10 Civet Coffee beans out of 10. How is this a joke, but a whisky cabinet isn’t?

Make it, shape it, have it at your will. Introducing the new Bentley Rotating Display with integrated coffee machine….

Fran Lebowitz has said that there’s nothing wrong with doing something poorly, so long as you don’t do it publicly. And many a Top 40 Singer has doing something badly publicly thanks to Autotune. And now you can, too. Skoda’s simply clever idea this year was an autotune for your car, which plays your singing back through the speakers, but better. A legitimately great idea, honestly. 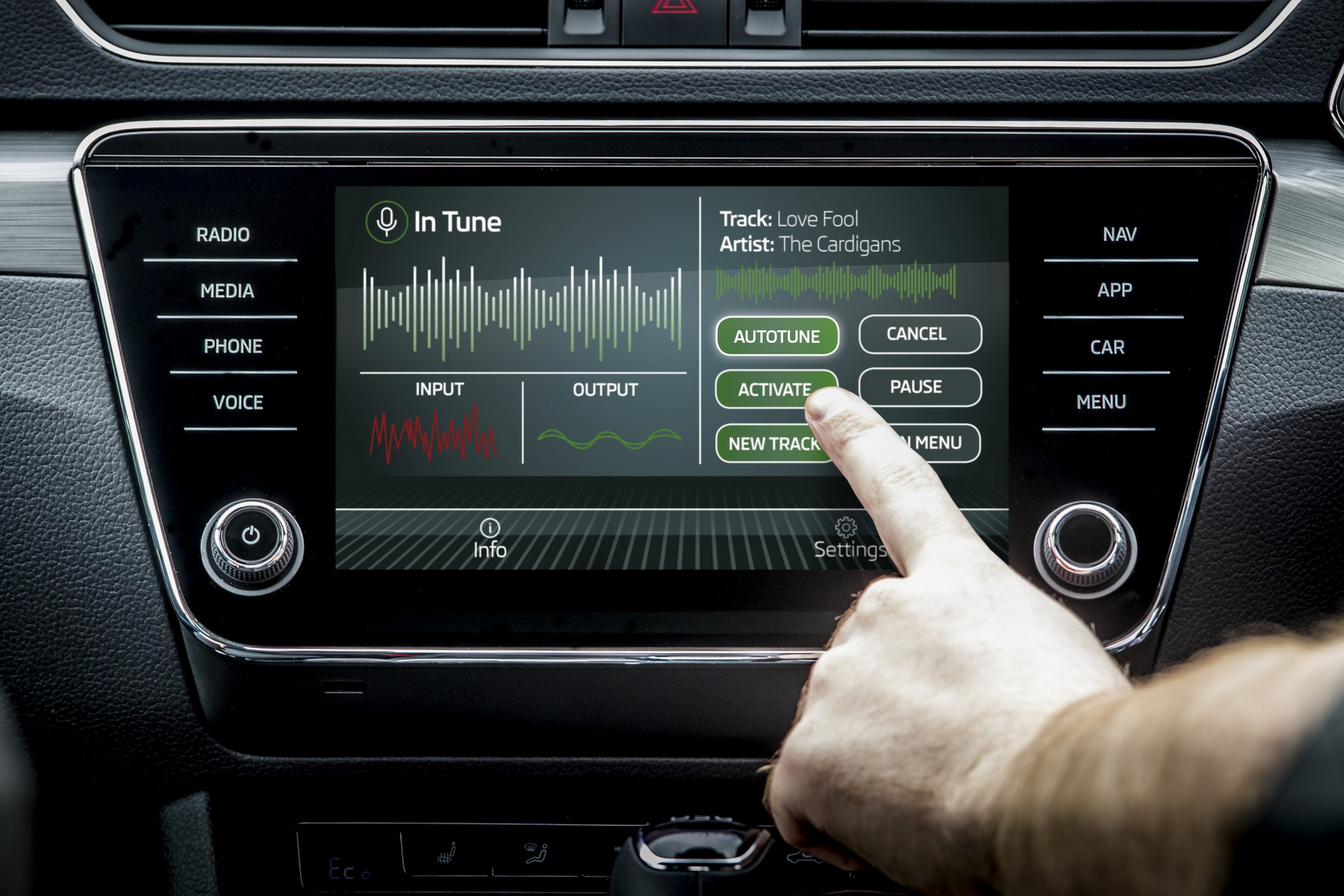 Porsche has gone one step farther than Singer or its own Heritage vehicles by just painting some rust on its new cars to make them look older. I’m still a fan of the patinated look but I think it might be going out of style and I’m too poor to buy a Porsche, so it loses points.

Instagram filters were a boon to bad photographers everywhere and now Alfa Romeo is looking to give bad landscapes the same kindness. Its April Fools shot is a side window that isn’t just tinted, it’s Instagram filtered. Theoretically, you could change your window into any filter via the infotainment system. I think this would be fun in real life and I bet it would sell well, but I’ve docked it points for being slightly out of date. 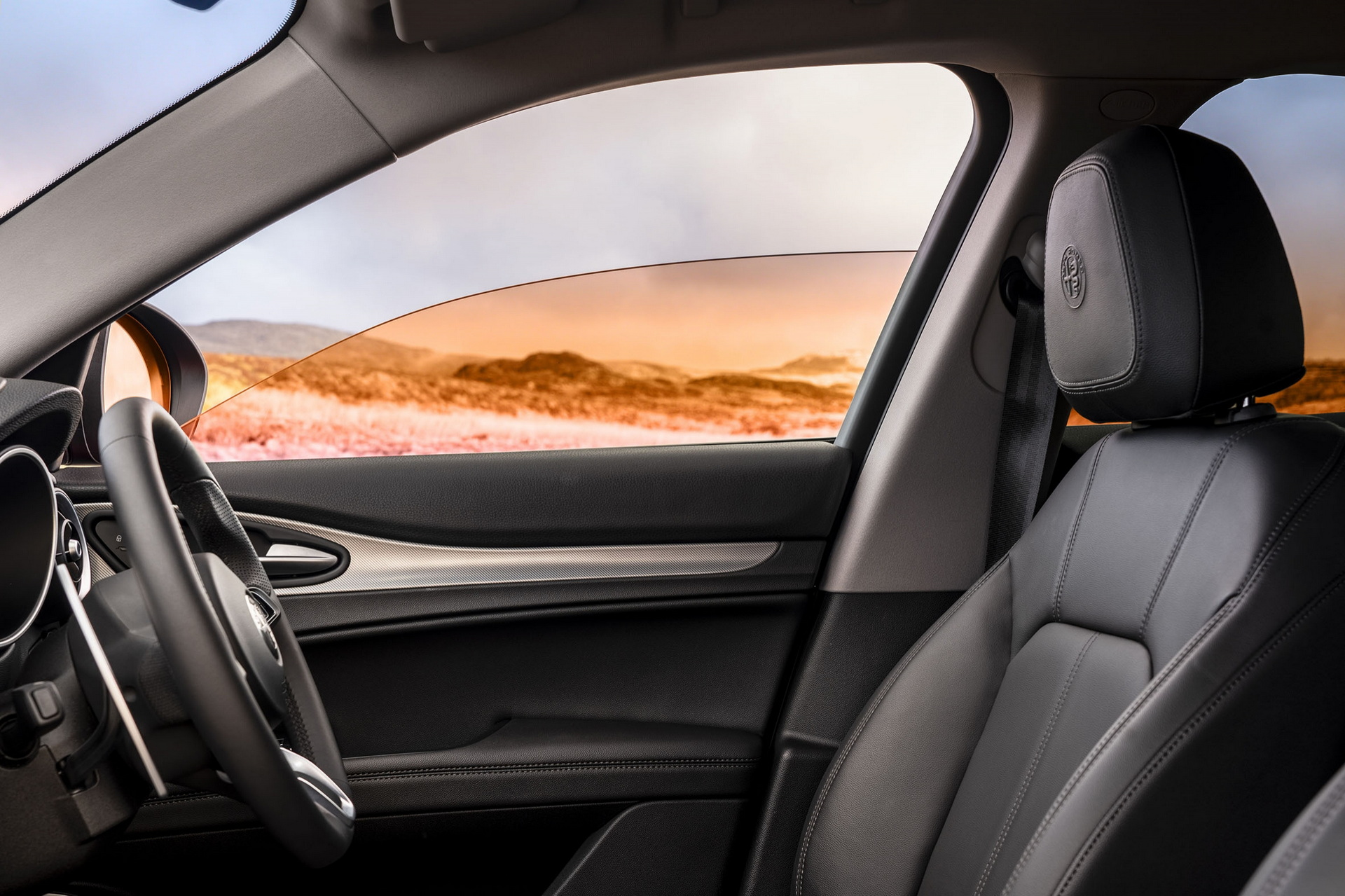 Germans are all about ruthless efficiency. If there’s a feature your owners aren’t using, get rid of it. And that’s what BMW has done with its turn indicators. The automaker has done one better than the Tesla-guess-which-way-you’re-going-tech and just eliminated the indicator altogether. I am, however, a very courteous driver, so I would be quite unlikely to buy this.

Rating: 5 mm of following distance out of 10. A terrible idea, but a pretty good joke!

I’m just going to go ahead and say it. I don’t really get this joke. Is Mercedes-Benz publishing its first novel? Good for them. I’ve sorry to say, though, that I’m not one of those people who like the smell of old books. The mustiness makes my head hurt. I can see some people liking it, though.

Rating: 4 inoffensive but unfunny non-sequiturs out of 10. What do books have to do with the way a Mercedes smells?!

I’m not sure why, but I find this last gag deeply unsettling. Caterham’s faux proposal (profauxsal, if you will) is Vaseline to help you get in and out of your teeny tiny Seven. The joke holds together, unlike Mercedes’, but I find Vaseline to be a sensory nightmare. I would, therefore, be very unlikely to buy this even though I think it’s a decent bit and a welcome reminder that Caterham still exists. 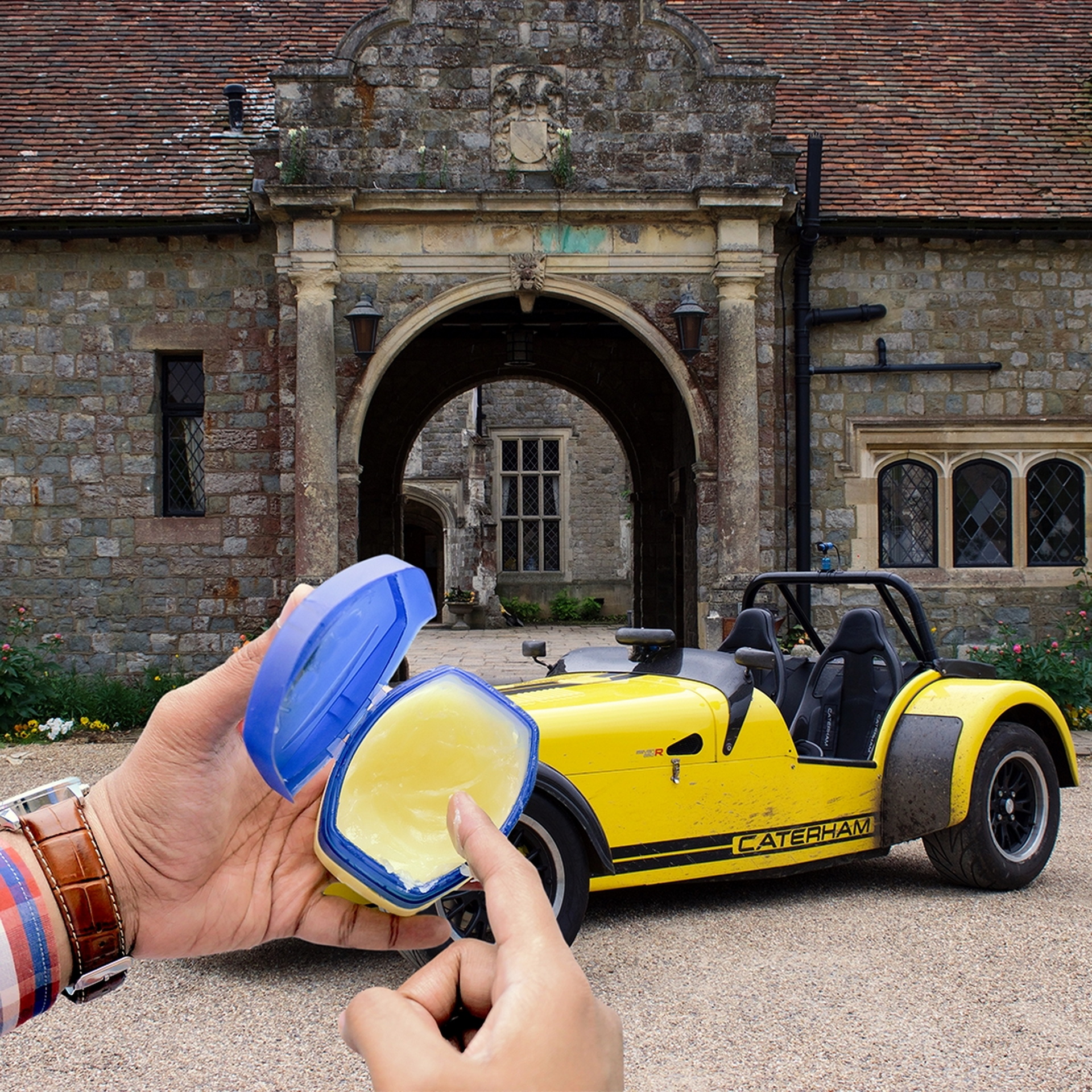