This Porsche 911 started life in 1981 as a Turbo Coupe, finished in white and equipped with a black headliner, electric sunroof and tinted windshield.

Six years later, its owner had it converted to the BTR specification by RUF. The engine was upgraded, increasing displacement to 3.4 liters and getting a new intercooler, additional front oil cooler, four-pipe exhaust system and other mods that bumped output to 374 HP, channeled to the rear wheels via the tuner’s five-speed transmission.

Video: Explore The History Of Ruf Automobile With This Epic 30-Minute Film 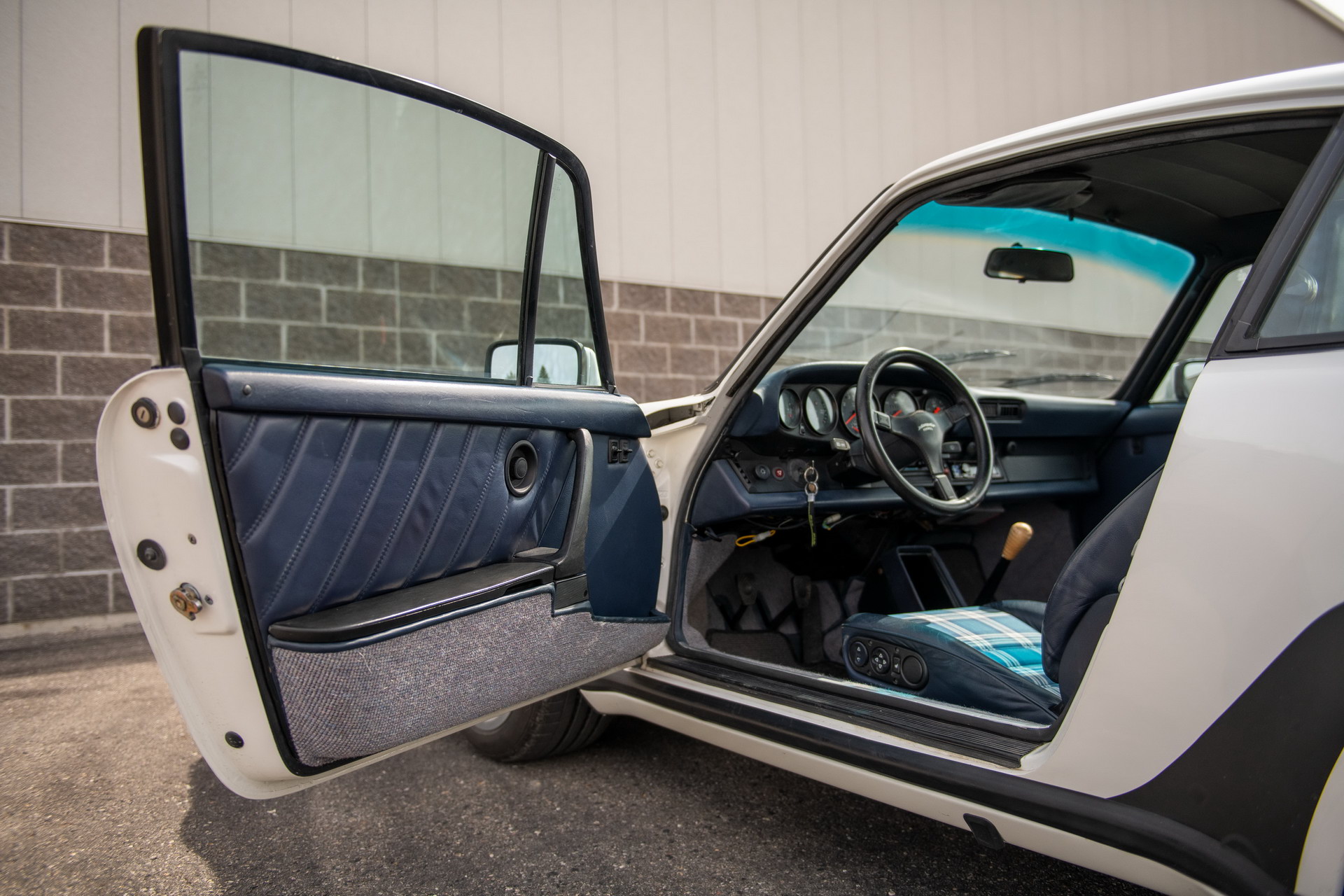 As its owner is understood to have split their time between Germany and California and wanted to bring the car Stateside, they had the speedometer calibrated to mph. In addition, a large boost gauge replaced the standard clock, and a security system and cruise control were also installed. In the fall of 1987, the BTR touched down in Los Angeles, and in 1988, it received a jacked-up suspension and new seats. Nearly all maintenance work was carried out by the Porsche specialists in the City of Angels, as documented in the official papers.

In the early 2000s, the RUF BTR changed hands at least two times. It remained in California and had its engine rebuilt before moving to Virginia towards the end of the decade, which is where it received an aftermarket stereo system. In 2015, it was bought by a private collector from Michigan, who had it repainted one year later.

The consignor purchased it in 2018 and it is now offered for sale with RUF 17-inch forged wheels shod in Continental tires, tartan seats with blue leather outer edges, a leather-wrapped steering wheel and wooden gearshift knob.