Did Nissan Give Us A Glimpse Of The Production-Spec 400Z? | Carscoops

Last week, Nissan unveiled the new Frontier and Pathfinder with a livestream event known as the ‘NEXT Experience’ and it appears as though the production-ready 400Z made a brief cameo.

During the live stream found below, Nissan’s senior vice president of global design, Alfonso Albaisa, is seen standing in the company’s design studio and is surrounded by a host of new models, including the latest Pathfinder and Frontier, as well as the Patrol and all-electric Ariya SUV. The bright-yellow Nissan Z Proto unveiled to the world last fall is also featured, but, as one eagle-eyed member of the newnissanz forum pointed out, it’s what is behind it that is of most interest.

Read Also: Mr. GT-R Hiroshi Tamura Says He Wants The Next Z Sports Coupe To Be The Perfect Dance Partner 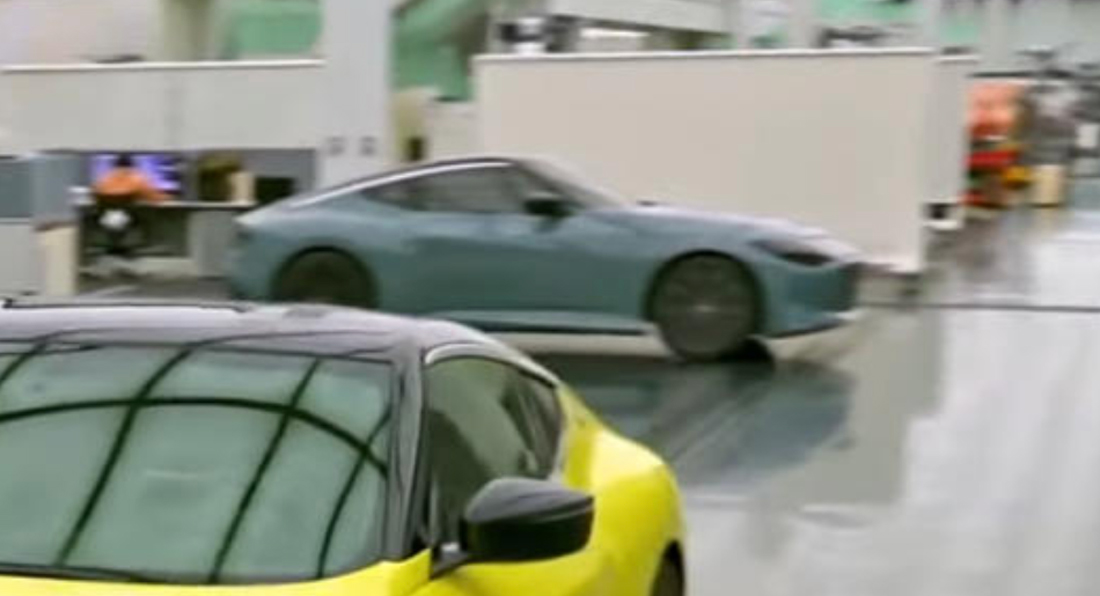 It is thought that the car, finished in a light shade of blue, may be the production-ready version of the Nissan 400Z. While it looks largely identical to the Z Proto, it does have some differences, including different wheels and simplified side skirts, and appears to lack the concept‘s Z badge on its rear quarter panel.

While there’s a chance that we have got our first glimpse at the finished car, it’s also possible that this particular vehicle is actually a clay model.

Regardless of whether or not this is the production model, an Instagram user recently snapped the Z Proto’s engine and it seems to be the same twin-turbocharged 3.0-liter V6 that powers the Infiniti Q60 Red Sport 400. In the Infiniti this engine is good for 400 hp and 350 lb-ft (474 Nm) of torque and while we expect it to find its way into the production Z, it remains to be seen whether it’ll have the same output.

R32 Skyline GT-R Restoration Costs As Much As 4 R35s