The latest iteration of the Nissan GT-R Nismo has just been unveiled ahead of a planned launch in Japan this coming October.

The 2022 GT-R Nismo will be offered in standard and Special Edition guises, both of which will be offered in Nismo’s new shade of Stealth Gray that’s said to be inspired by the tarmac at circuits where previous GT-R models have set records and competed on. Buyers of the Special Edition model will also receive a clear-coated carbon fiber hood and exclusive 20-inch Rays forged aluminum wheels with a red accent.

Watch Also: Drive A Nissan GT-R Nismo Hard And Chances Are You Won’t Mind Its Age

In updating the GT-R Nismo for 2022, Nissan has equipped it with the new Nissan logo first unveiled on the all-electric Ariya. 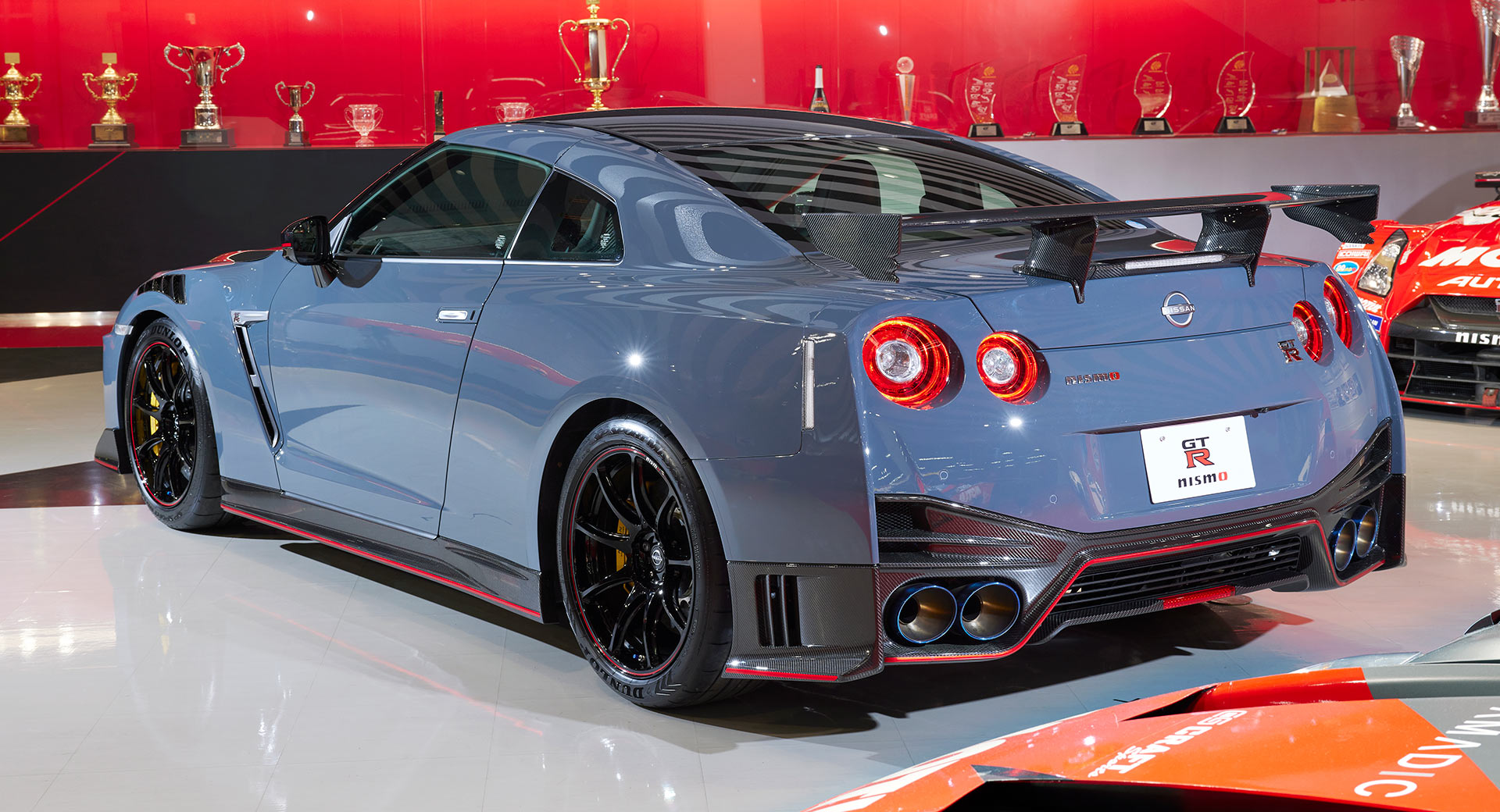 From a mechanical standpoint, no significant changes appear to have been made. Continuing to power the 2022 GT-R Nismo is a 3.8-liter twin-turbocharged V6 pumping out 592 hp and 481 lb-ft of torque. Interestingly, Nissan states that the GT-R Nismo Special Edition model features bespoke piston rings, connecting rods, crankshaft, flywheel, crank pulley, and valve springs dialed in with together tolerances, allowing the engine to provide “snappier revs and quicker turbo spooling.”

“The GT-R NISMO has always been an ongoing pursuit of ultimate driving pleasure,” chief product specialist of the GT-R Hiroshi Tamura said in a statement. “We take a holistic approach, seeking precision performance through a meticulous balance of engine components and shaving weight, and incrementally evolving the GT-R’s appearance to deliver the ultimate balance of power, performance and excitement to our customers.”

Nissan has not confirmed pricing for the 2022 GT-R Nismo and GT-R Nismo Special Edition models but has confirmed order books will open this fall.

The Amount Of Data Your Car Stores About You Is Frightening

What is a Lexus test drive like with social distancing in place?