in Mini
A A
ShareTweetPinSendShareSend

MINI has taken the wraps off the Electric Pacesetter, which is the new safety car for the ABB FIA Formula E World Championship.

MINI John Cooper Works Gets Some Minor Updates For 2022MY | Carscoops

Jointly created with BMW Motorsport, Formula E and the FIA, the safety car has been purpose-built for the track and will make its official debut at the Rome E-Prix on April 10.

Looking far more aggressive than the Cooper SE, the Electric Pacesetter features a JCW-inspired body kit that includes extended wheel arches, sporty side skirts and front splitters that were 3D printed from recycled carbon fiber. Other highlights include a fully enclosed grille, prominent brake cooling ducts and 18-inch wheels with a two-tone finish.

Also Read: Tuned MINI Cooper SE Wants To Be An Electric JCW When It Grows Up 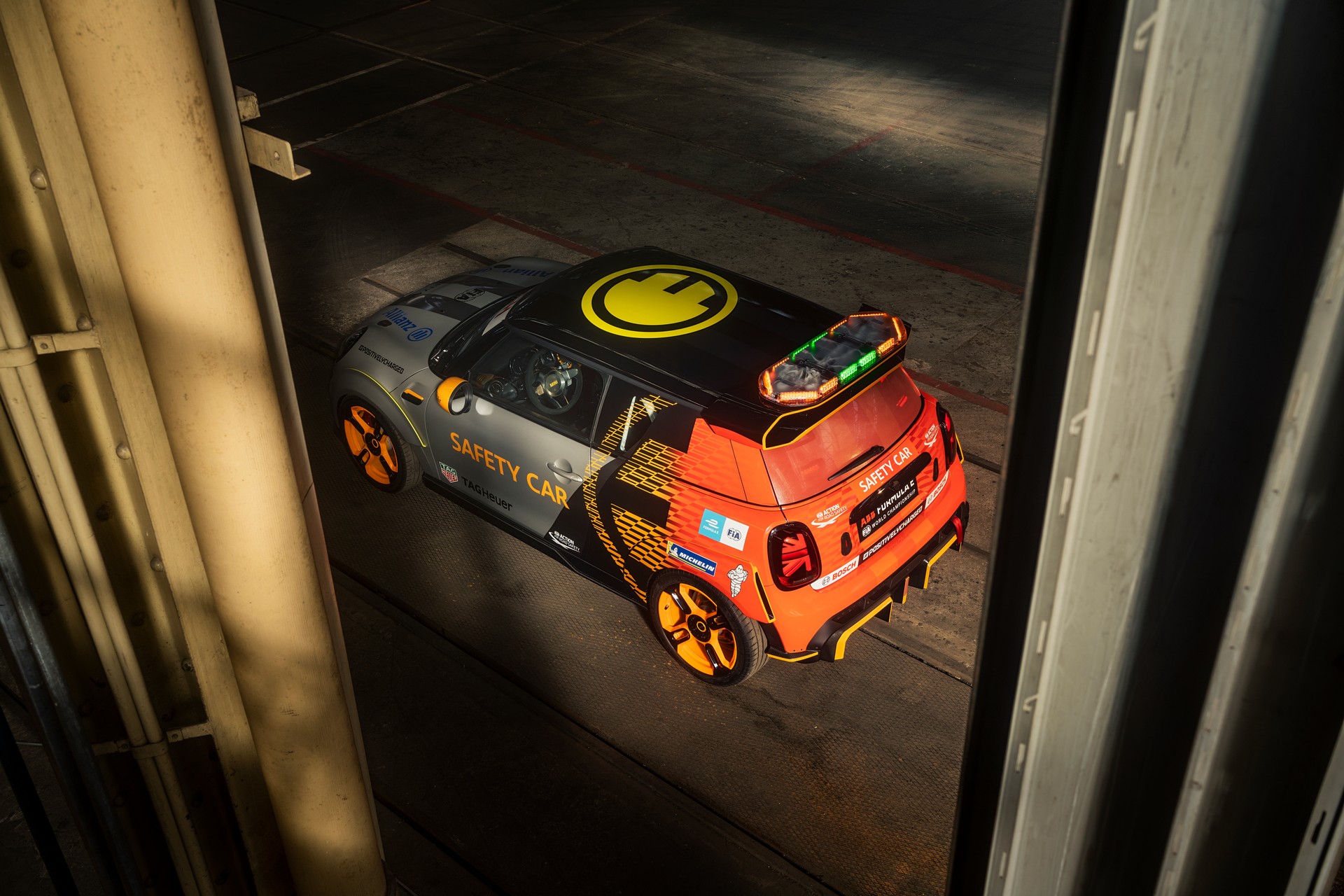 MINI only released a handful of interior pictures, but the cabin has been stripped and only has a single seat for the driver. While the infotainment system was jettisoned, drivers will find a digital instrument cluster and a minimalist steering wheel. Other highlights include a roll cage and lightweight carbon fiber door panels with pull straps.

That isn’t exactly fast, but the safety car has been equipped with a coilover suspension that offers three-way adjustment for rebound, compression, height and camber. It also has a wider track and a four-piston braking system lifted from the JCW GP.

While the Electric Pacesetter isn’t going into production, MINI hinted the safety car shows one of the directions the company could take with the electrification of the JCW models.

MINI John Cooper Works Gets Some Minor Updates For 2022MY | Carscoops