Mercedes S-Class Vs. BMW 7-Series Vs. Audi A8: Which Is Germany’s Best Luxury Saloon? | Carscoops

The Mercedes S-Class, BMW 7-Series and Audi A8 are probably the most luxurious cars you can buy this side of a Rolls-Royce, but which one is the best? Carwow’s Mat Watson attempts to find out in this video, where he pits the three against each other in a competition not of performance, but luxury.

One of the most important things to consider in this comparison is price, as a cost advantage can sometimes explain and possibly make up for a car’s shortcomings in other areas. As tested, the 7-Series was the cheapest, followed by the A8, and then the S-Class. It’s worth noting that these cars are not quite of equal specifications, but Watson tries his best to even the playing field by mentioning what the similarly-equipped models would come with. 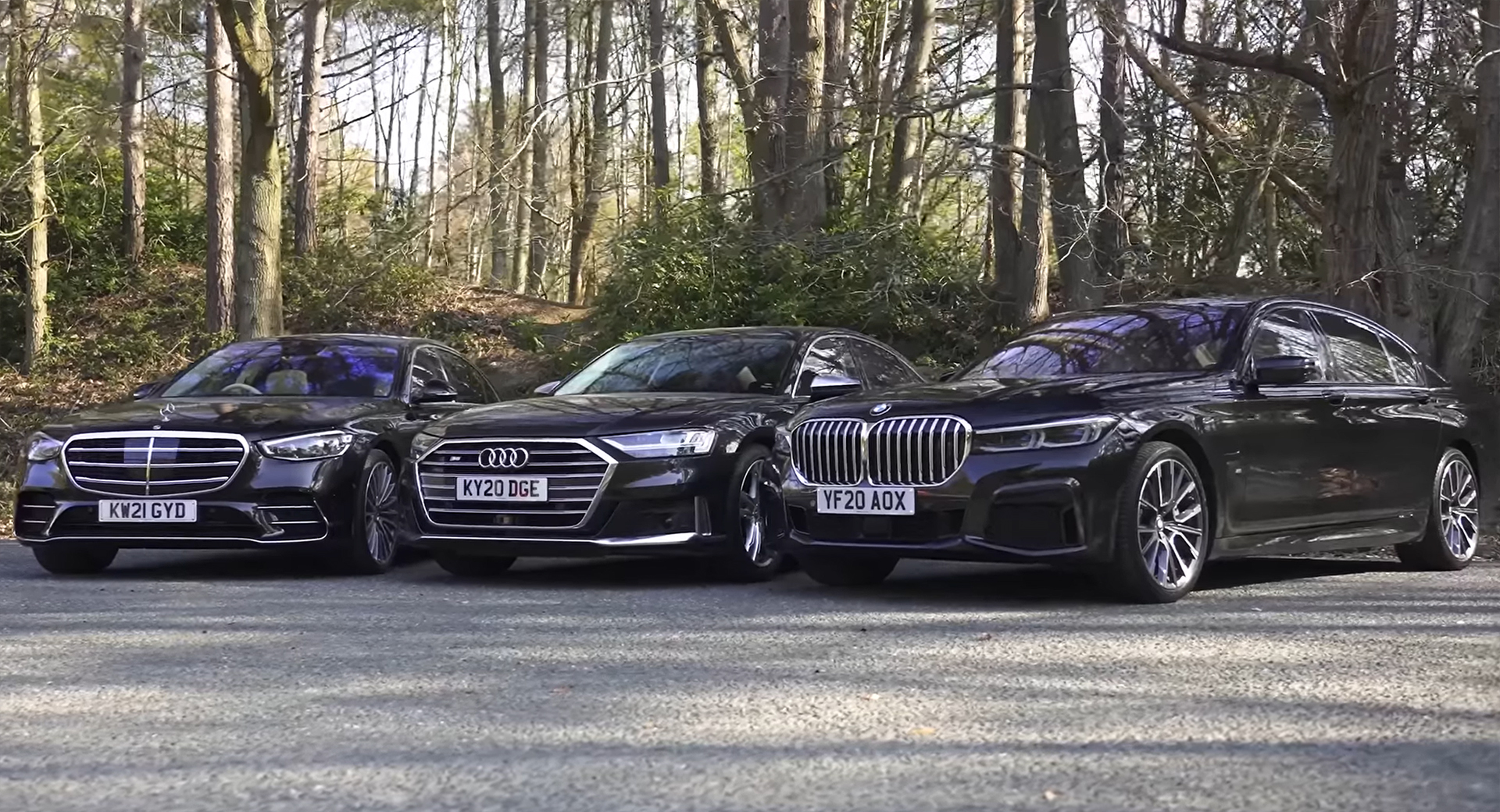 With that out of the way, he makes his way onto the exterior. At the front, the elegant S-Class takes the win for the best looking face, followed by the well-proportioned A8 and then the smaller-nosed, but slightly less put-together 7-Series. For the rear, there seems to be a tie between the Mercedes and the Audi, with the BMW being a bit over-wrought for Watson’s taste. Lastly, for the side profile and overall exterior presence, the S-Class takes victory again.

You can’t talk about luxury sedans without mentioning the interior, so this comparison is perhaps the most in-depth of the whole video. Up front, the Audi wins in styling, the BMW prevails in build quality, and the Mercedes leads by a wide margin in tech and features. In the rear, the 7-Series wins in both quality and tech, while the S-Class is the best in overall comfort.

Something else important to consider with these car is that with their massive size, they should also have a fittingly large trunk. Thankfully, they all do, but some more so than others. At their largest offerings (taking into account hybrid variants with batteries in the trunks), the Mercedes’ is the biggest, followed by the BMW and the Audi.

Finally, we get to the driving experience. In terms of interior noise (or lack thereof) the Mercedes wins. For the ride quality, it was a bit of a toss-up between the Mercedes and the Audi, with the former having a smoother ride at its peak, while the latter had a better ride overall. And as far as transmissions go, the Mercedes’ 9-speed unit was the clear winner.

In the end, the Mercedes is declared the overall winner, followed by the Audi and the BMW. However, does the BMW’s lower price somewhat make up for its third place finish? You can watch the full comparison in the video below and decide for yourself.

Mercedes Unveils The Van Of The Future