As you can tell, this is no ordinary Mercedes-Benz 380SL Roadster. Instead, it has been comprehensively modified by Long Island coachbuilder and artisan Niko Sokol through his company Niko-Michael Coachworks.

The front fascia of the Mercedes has been overhauled with new headlights and a gold three-pointed star badge. However, it is the rest of the sleek and curvaceous bodywork that really distinguishes the car from all other 380SLs. The coachbuilder also altered the removable hardtop, equipping it with a manual retracting system that means it can be stowed completely out of sight.

Read Also: The Mercedes-Benz R107 SL Is Now Half A Century Old 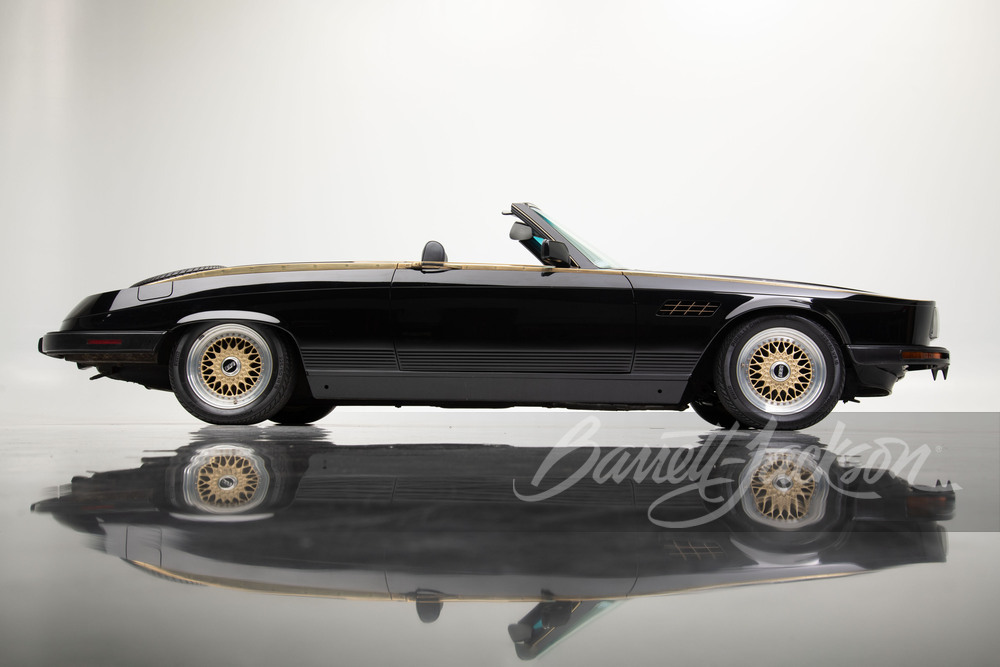 By redesigning the retractable roof, the coachbuilder was also able to relocate the spare wheel to now sit on the rear decklid. Making the car stand out even further are gold-plated accents across the exterior, including along the coachlines that run the length of the car. A set of 16-inch wheels from BBS complete the looks.

The listing notes that no modifications were made to the interior of the car, nor was the 3.8-liter fuel-injected V8 altered, and it is still mated to the original four-speed automatic transmission.

The car has spent the majority of its life in Newtons’s Las Vegas collection and has been driven less than 2,000 miles since new. It is being offered with no reserve.

Video: How much rust can a 50-year old, £4k Rolls-Royce Shadow hide?