2022 Mercedes-AMG C63 Estate Ditches Some Of Its Camo | Carscoops

The 2022 Mercedes-AMG C63 Estate has been spied testing yet again, albeit with far less camouflage than other recent prototypes.

This particular test car was snapped at the Mercedes facility near the Nurburgring and while most of the exterior is clad in camo, we can see part of its Panamericana front grille as well as its new head- and taillights. Compared to the previous-generation C63, we think the new lights have a transformative effect on the looks of the car, making it appear more aggressive. 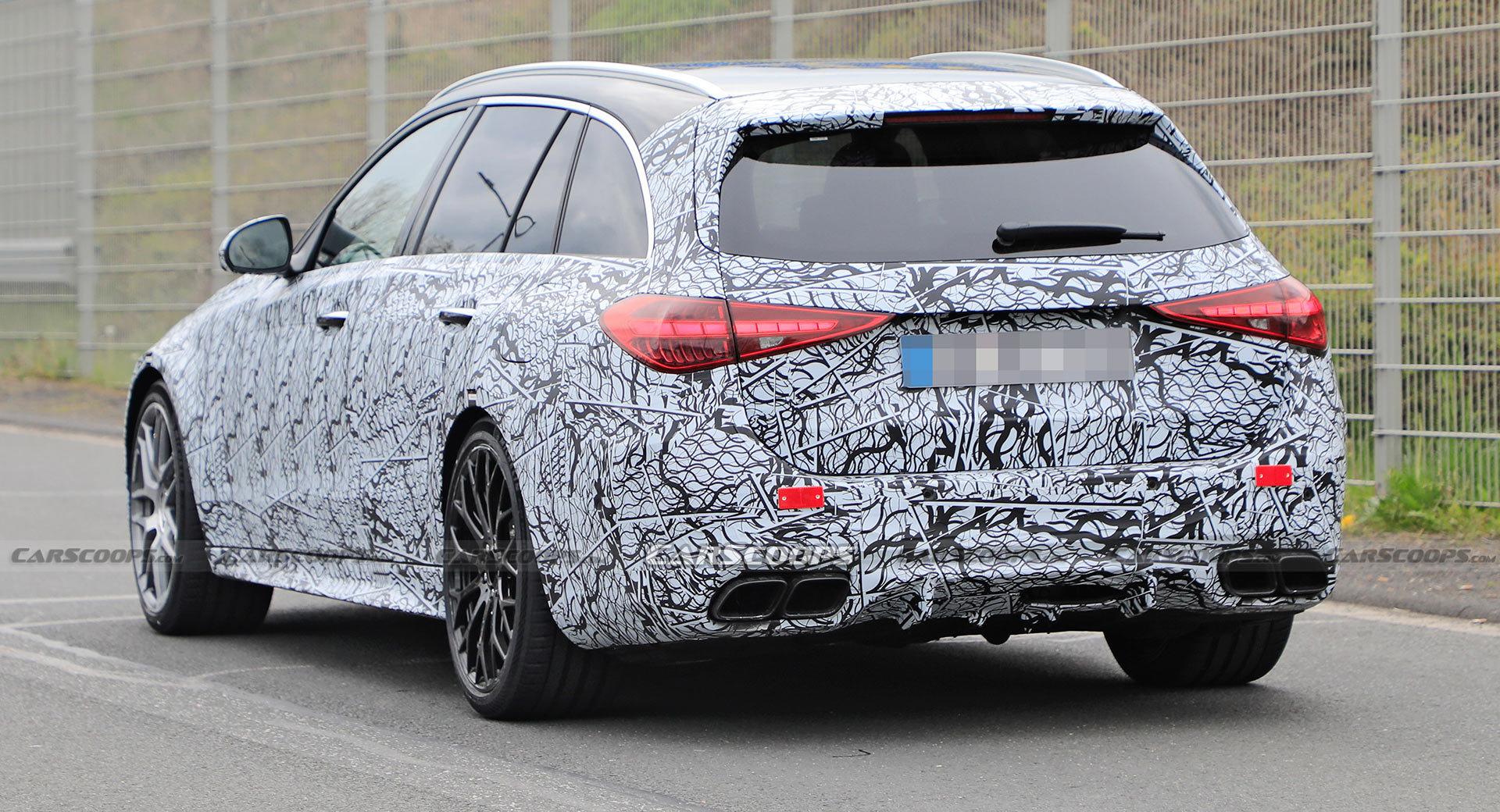 Elsewhere, this prototype is rocking a pair mismatched silver and black wheels and features large brakes with cross-drilled rotors. Also visible at the rear is a pronounced diffuser and AMG’s customary four tailpipes. The prototype also has large air intakes in the front bumper and sits noticeably lower than other AMG models.

Of course, it will not be the looks that are the biggest point of difference between this new C63 and the old one. At the end of March, Mercedes-AMG confirmed that the new C63 will feature the company’s M139 2.0-liter turbocharged four-cylinder engine that will be mounted longitudinally and modified to pump out 422 hp.

Supplementing this engine will be an electric motor positioned within an electrically shifted two-speed transmission and an electronically controlled rear axle differential lock known as the Electric Drive Unit (EDU). This motor adds 201 hp and 236 lb-ft (320 Nm) of torque, meaning the new C63 will deliver in excess of 600 hp.