Earlier this week we ran a story about the Rinspeed R69 Porsche Testarossa up for auction on Collecting Cars. The mutant coupe started life as a sane 911 Turbo before being brutally reshaped in the mid 1980s by Swiss tuning house Rinspeed – the same company that would later go on to create the even weirder submersible Lotus Elise.

But that Rinspeed R69 was just one of dozens of outrageously modified premium and exotic cars that came out of mainland Europe from the late 1970s to the early 1990s. If you want a deep dive we recommend you head over to Bram Corts’ SEL1000, which is a proper treasure trove of tuning lunacy. But for a taste of the tastelessness that awaits there, here are 10 of the nuttiest tuned European exotics from the 1980s and early ’90s.

The Koenig-modded Testarossa was the poster child for tuned 1980s exotics, because, well, there were posters of them on teenage boys’ bedrooms everywhere by the end of that decade.

Using knowledge gained from his earlier Ferrari 512BB-based cars, former German Hillclimb champion Willy Koenig gave the hottest of his twin-turbo Testarossas over 1000 bhp, making them twice as powerful as an F40.

The original Mercedes 300SL kickstarted the gullwing door craze back in the 1950s, so it was inevitable that someone would try to adapt the technology to a modern Benz in the decade when taste left town. First to do it was Styling Garage, which unviled its SEC-based 500SGS Gullwing in 1982.

Though probably best known for his Ferraris, Koenig messed with Mercedes and Porsche cars, too. But looking at this R107 SL, maybe he shouldn’t have bothered. The Testarossa-style side strakes and that huge wing sit awkwardly with the genteel SL’s sheetmetal, and even more awkwardly with the buttoned leather interior of some Koenig-converted cars that looked like it was lifted out of a 1970s Detroit land yacht.

Voittorio Strosek cut his teeth at Koenig Specials before cutting up Porsches under his own name, most memorably, the 928. Early versions lost the standard car’s pop-up lights, but gained twin Naca ducts and a hood bulge, while later models like this 1992 Ultra Wing featured projector lights and Mercedes SLR-style doors.

Porsche’s 928 had only been around for a year when B+B Auto Exclusiv set about it with an angle grinder, chopping off the upper rear bodywork and most of the roof. The result looked strangely reminiscent of Honda’s much later CR-X sel Sol, though only the 928 got a T bar stuffed full of CB radio equipment. Well, it was 1979.

If you’re thinking Porsche didn’t make a 939, you’d be right. But 911 + 28 is 939, which is pretty much what Rinspeed did, grafting the V8 GT’s front and rear lights onto the flat-six car’s body. The result was hardly beautiful, but it certainly stood out, which was half the battle in the 1980s European tuning scene.

The Ruf CTR is almost too tasteful to be included on this list of questionable conversions, but we couldn’t talk about tuned German exotics without mentioning the most famous of them all. Mating 463 bhp of tuned turbo flat-six with the skinny Carrera’s shell, the CTR, or Yellowbird as its commonly known after the color of the demonstrator, reached 211 mph in a 1987 Road & Track test, wiping the banked floor of VW’s Ehra-Lessien test track with rivals from Ferrari, Lamborghini and AMG.

Yellow paint of the press/demo car aside, Ruf’s CTR didn’t shout about its performance, but Gemballa’s Avalanche certainly did. It also used a Ruf-tuned flat-six, but what really got people talking about Gemballa was the wide-arch body styling and a wild rear wing that made a regular Turbo’s whaletail look as apologetic as a trunklid lip spoiler. Things got even crazier with the later Mirage, a one-off 911 with a chopped roof, 500 hp motor and camera-based door mirrors. 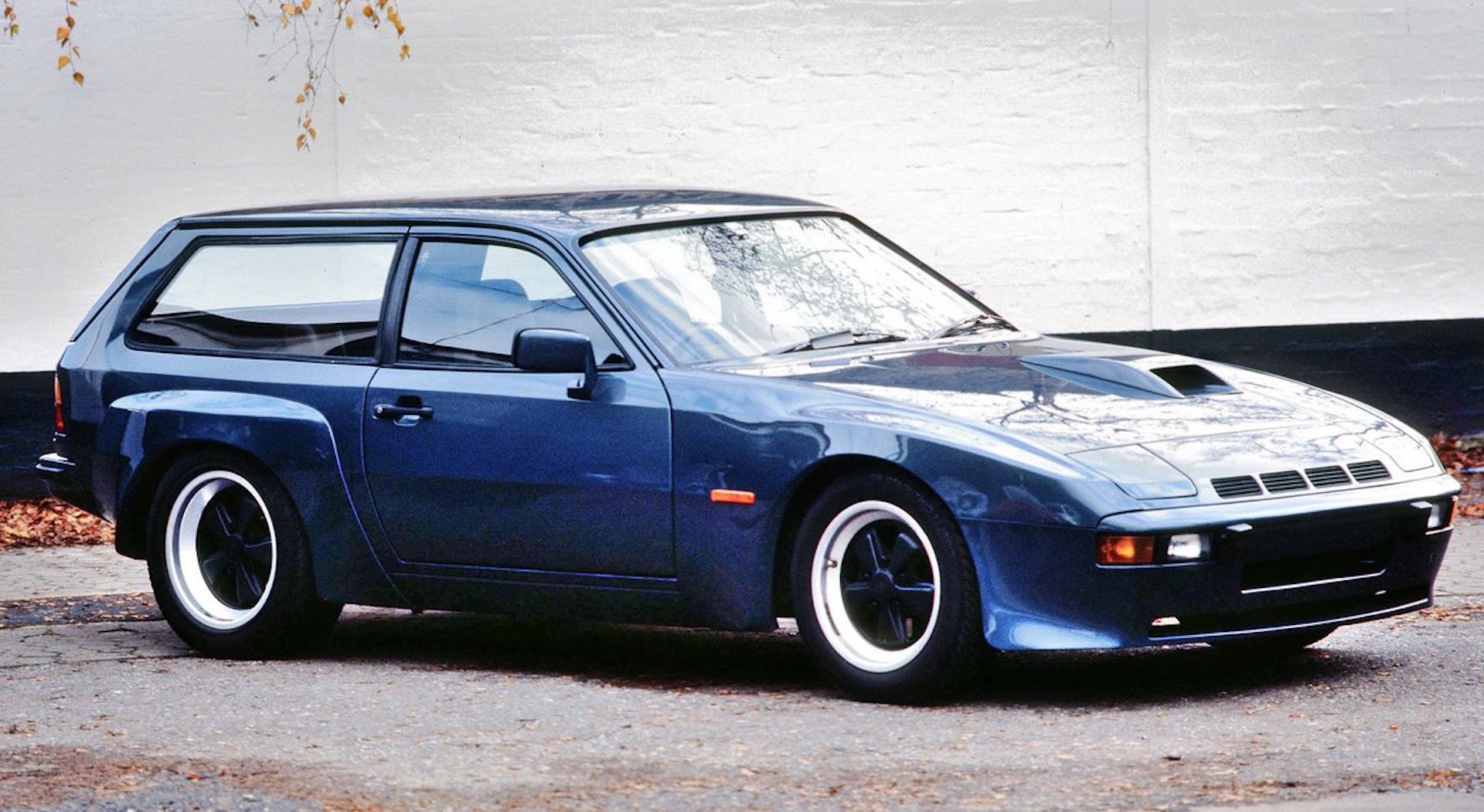 Ekkehard Zimmermann’s DP (Design and Plastic) Motorsport designed and produced the bodywork of the slant-nose Porsche 935 K3 Kremer used to win the 1979 Le Mans 24 Hours, and was soon offering similar cars for the street.

But if you were going to pick a DP car for a trip to the grocery store you’d be better off with the DP Cargo, a square-off shooting brake based on the 924 or 944 that looks more like a hearse in a hurry than a sports car. And we thought BMW’s clown shoe Z3 M coupe looked awkward… 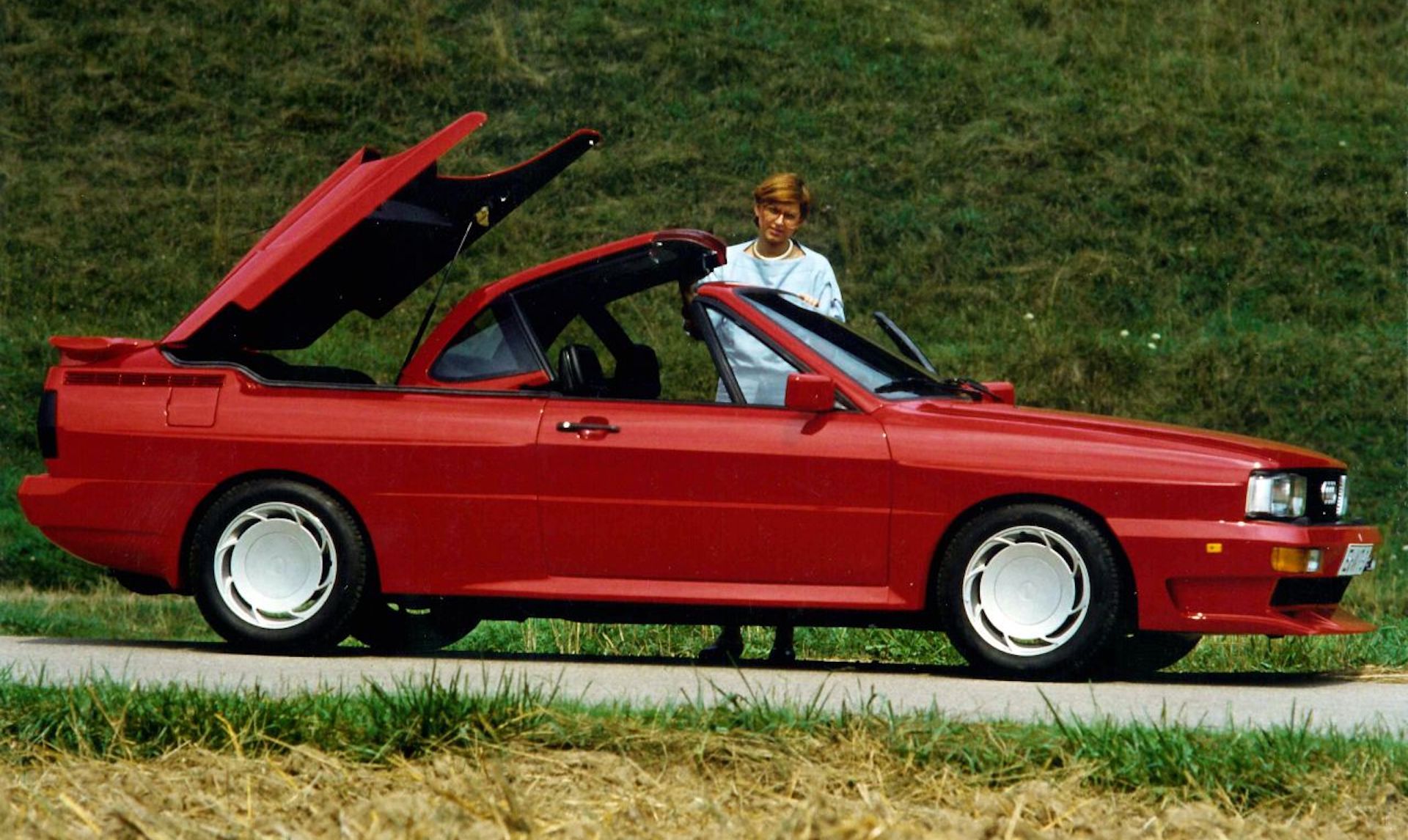 Giving the DP Cargo a run for its money in the ugly stakes was the Treser Quattro Roadster. As head of Audi Sport at the dawn of the 1980s, Walter Treser was a key figure in the Audi Quattro story. But he felt the car was capable of more than Audi would allow, and left to set up on his own where one of his creations was a retractable hardtop version of the all-wheel drive icon, though viewed from this angle it looks more like Audi’s answer to a Chevy El Camino SS.

Want more of the same? Head over to SEL1000.com

Is This The 2022 Mercedes-AMG C63 Driving Through Traffic? | Carscoops