in McLaren
A A

The McLaren GT is officially the fourth car in the automaker’s growing stable of toy cars, joining the P1, the 720S, and the Senna.

The car also features realistic dihedral doors and a small storage compartment for your juice boxes and other driving essentials. It even comes with working dashboard controls and a key that activates engine sounds. They can rev the “engine” with the accelerator pedal or turn on the working brake lights with the brake pedal.

Indycar Star Shows Us What The McLaren Elva Can Really Do

Here’s A McLaren Even We Can Afford 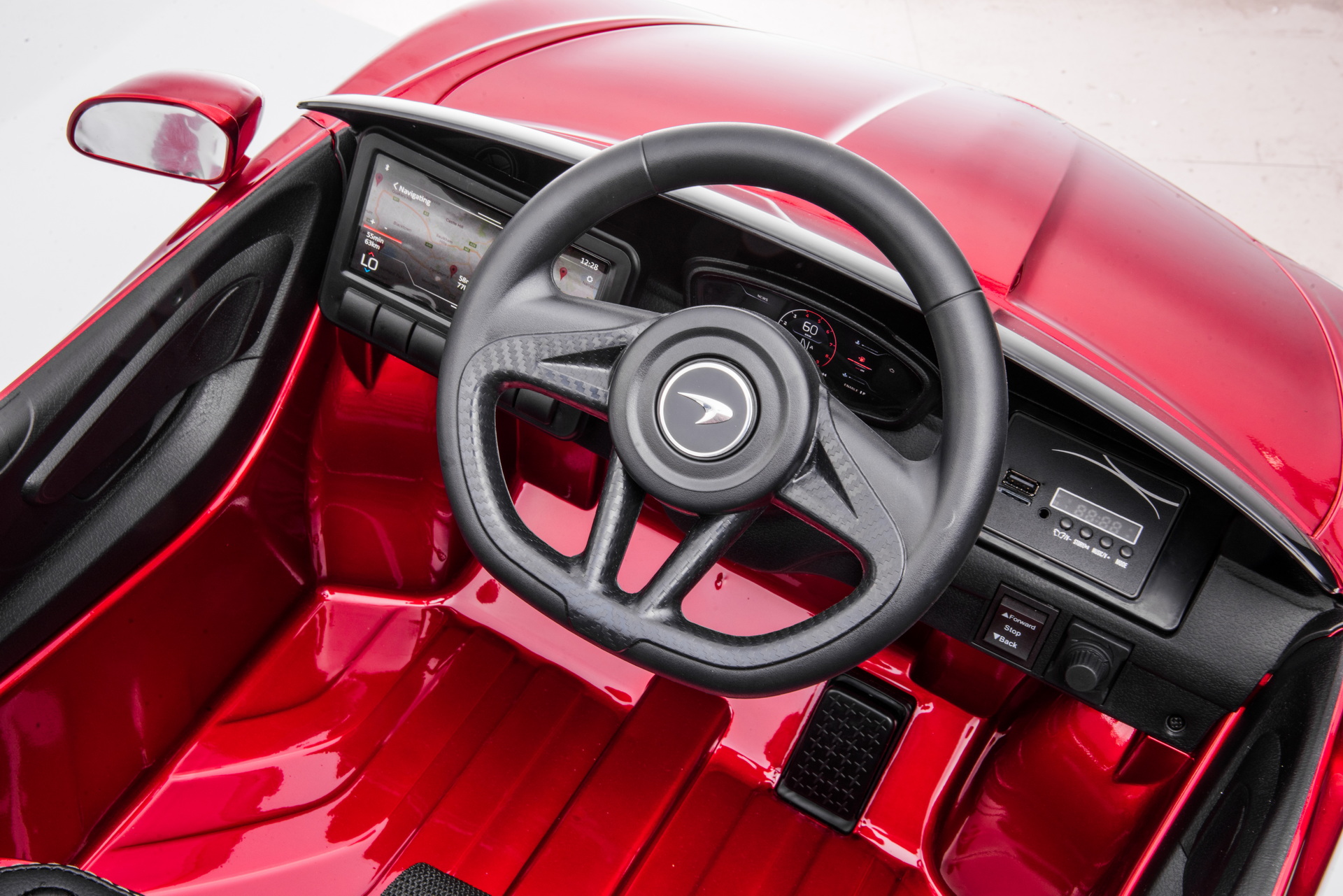 Since this is the grand tourer in the model lineup, though, tiny drivers (ages three to six) can choose to listen to music instead of the engine thanks to an infotainment system that can access files through a USB device or an SD card. There’s even an optional display screen.

“At McLaren Automotive, we aim to inspire the future generation of supercar enthusiasts,” said Hayley Robinson, head of licensing and merchandising at McLaren. “The new GT Ride-On allows even the smallest of fans to discover the magic of our pioneering supercars. We’re proud to develop and encourage younger minds and seek to create the next generation of drivers, engineers, and automotive designers.”

Set to launch this year, the McLaren GT Ride-On starts at $230 and goes up to $330, depending on options. It will be available to order through select toy retailers.