There was little doubt the McLaren Artura would be mind-bogglingly quick and that has now been confirmed by “verified” acceleration times for the new supercar.

The impressive specs don’t end there as the plug-in hybrid can run the quarter mile in 10.7 seconds. That’s nothing to sneeze at, but the Dodge Challenger SRT Super Stock can accomplish the same task in 10.5 seconds. That being said, the Dodge can’t touch the McLaren’s electronically limited top speed of 205 mph (330 km/h) as its tires limit the muscle car to a mere 168 mph (270 km/h).

Also Read: We Check Out The First 2022 McLaren Artura To Hit U.S. Shores In Person 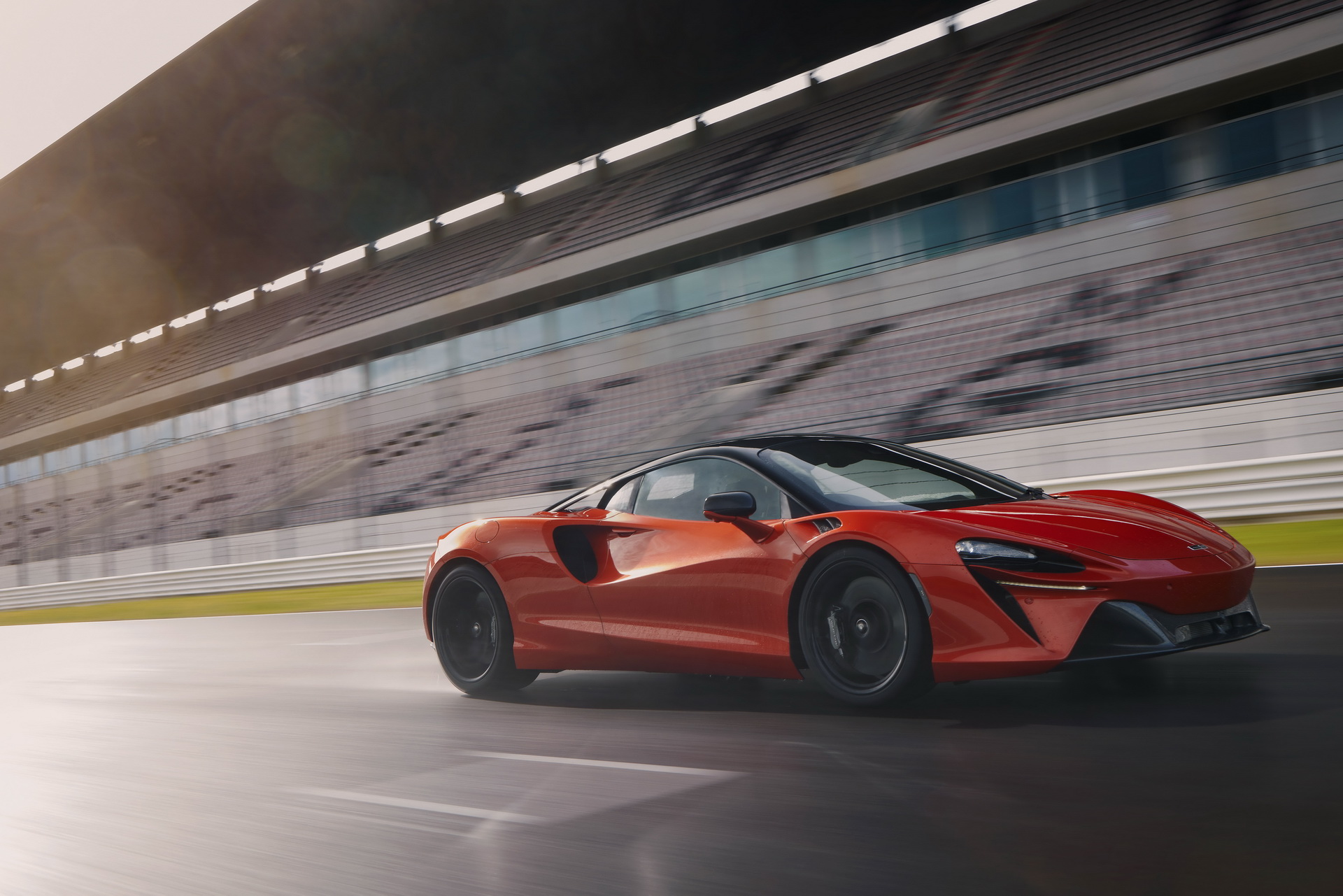 However, that’s only part of the story as the model is equipped with an all-new eight-speed transmission that lacks a reverse gear. This is interesting by itself, but the transmission is more notable for having an electric motor integrated into its bellhousing. It develops 94 hp (70 kW / 95PS) and 166 lb-ft (225 Nm) of torque.

The electric motor is powered by a 7.4 kWh lithium-ion battery pack and this enables the Artura to travel approximately 18.6 miles (30 km) on electricity alone. More importantly, the engine and electric motor can work together to give the car a combined output of 671 hp (500 kW / 680 PS) and 531 lb-ft (720 Nm) of torque.

Daniel Ricciardo Says That Lewis Hamilton ‘Isn’t The Only One That Could Win Races In That Car,’ Calls F1 ‘Idiots’