McLaren has steadfastly refused to build a crossover, even though Aston Martin and Lamborghini have introduced the DBX and Urus. Even Ferrari is working on one as the Purosangue will become the most family-friendly prancing horse ever created.

While McLaren seems to be set in their ways, perhaps a sedan could do the trick. The idea isn’t totally unheard of as Aston Martin offered the Rapide and limited edition Lagonda Taraf not that long ago. A four-door would also be a natural extension of McLaren’s comfort-focused GT.

There’s little reason to think McLaren would suddenly change course, but freelance automotive designer Andrey Sulemin decided to take a crack at it. Dubbed the 44, the model incorporates McLaren styling DNA while also being spacious enough to accommodate four people.

Also Read: Does This Rendering Cut It As A Potential McLaren P1 Successor? 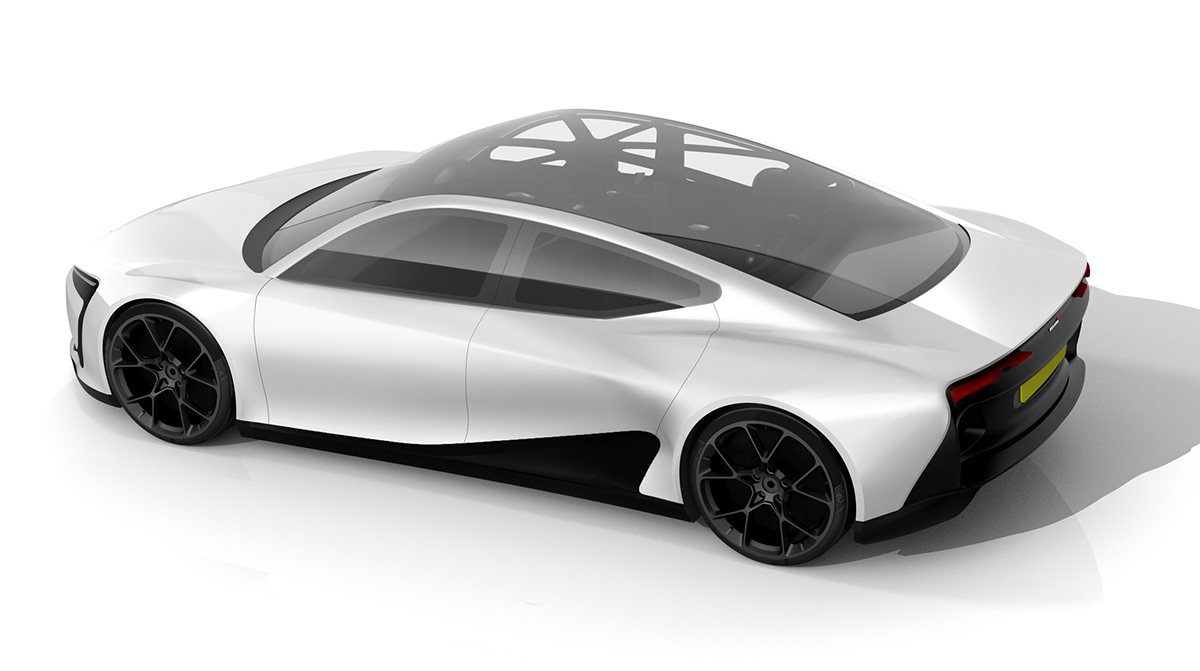 The front end is instantly recognizable as it features flowing curves and slender lighting units with black surrounds.  The latter feature small openings that presumably help to channel air out the front wheel wells. Continuing further back, there’s flowing bodywork and handleless doors.

The model also has a rakish windscreen, which spills into a sloping glass roof with an exposed geometric structure. Other notable highlights include muscular rear haunches, a ventilated rear fascia and a sporty diffuser.

Sulemin told us he followed McLaren’s design philosophy as “Every single detail here is either responsible for a function or improves proportions.” He went on to note this wasn’t easy as “apart from squeezing four people inside the car, there was also a challenge of keeping McLaren DNA while calming down its aggressiveness.”

You can check out more of Sulemin’s work on Behance and Instagram.

Note: These renderings were created by Andrey Sulemin and are not related to or endorsed by McLaren

Vietnam’s answer to Tesla has U.S. in its electric sights