Mazda is going to introduce the MX-30 EV in California this fall as the brand’s first electric vehicle, followed by a plug-in hybrid version with a rotary engine acting as a generator later on.

The 2022 Mazda MX-30 is powered by a single electric motor with 144 HP and 200 lb-ft of torque driving the front wheels and a 35.5 kWh lithium-ion battery pack. Official EPA figures are not yet available but the driving range is rated at just 124 miles on the more generous WLTP cycle, just to get an idea. 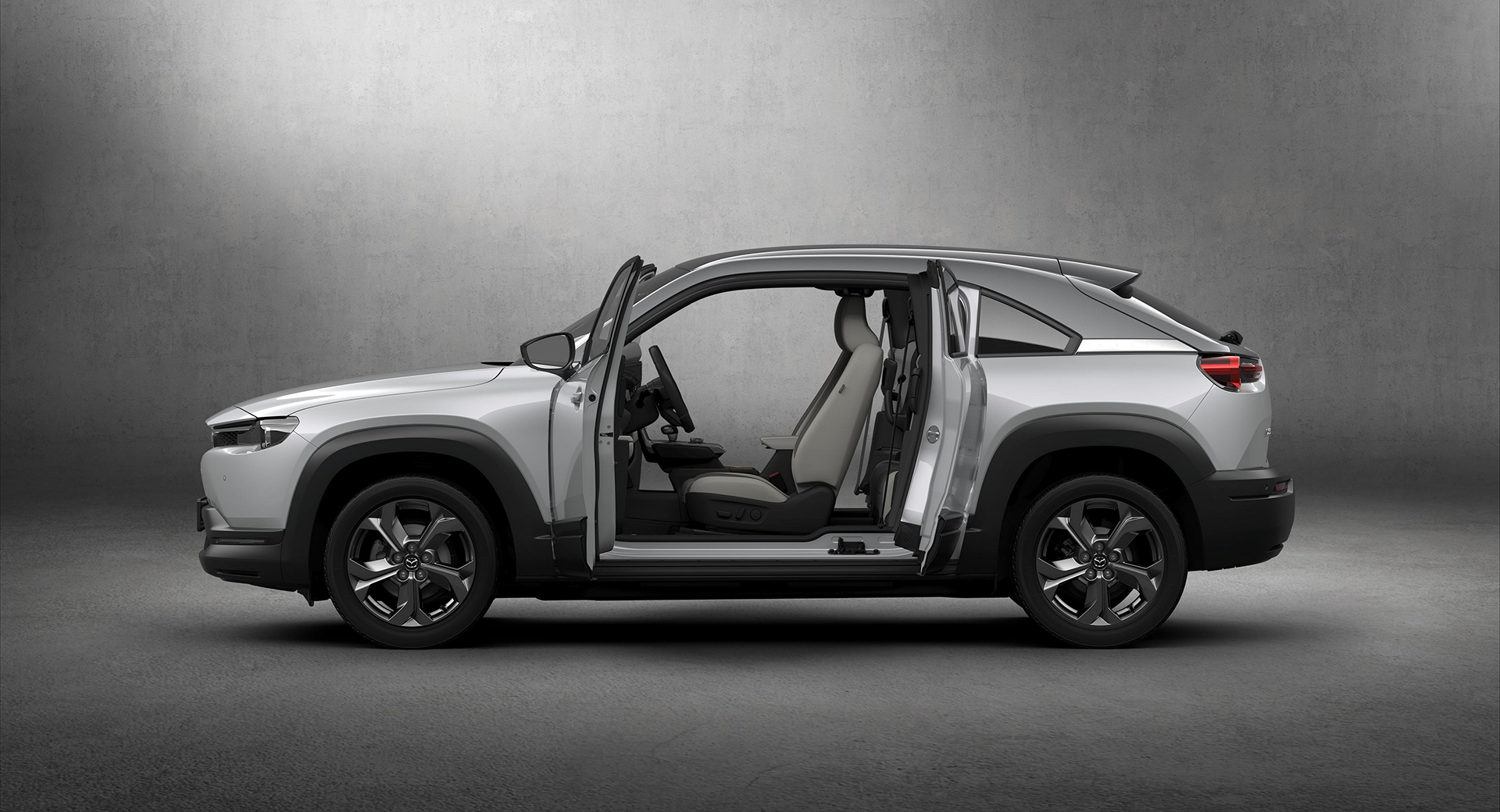 Mazda didn’t offer further details on the plug-in hybrid variant of the MX-30 as well, but it’s expected to offer a significantly longer driving range, in addition to marking the return of the rotary engine.

The relatively small -for a full EV- battery pack of the MX-30 comes at least with DC fast-charging capability, with Mazda claiming that it takes just 36 minutes for it to charge to 80 percent of its capacity.

“The battery-powered MX-30 will begin the introduction of additional electrified models, including a series plug-in hybrid with a rotary generator for MX-30, a plug-in hybrid for our new large platform, and a traditional hybrid for our new American-made crossover,” said Jeff Guyton, President of Mazda North American Operations. “While these powertrains will be optimized for their platforms, Mazda fans can expect great driving dynamics and beautiful design across all models.” 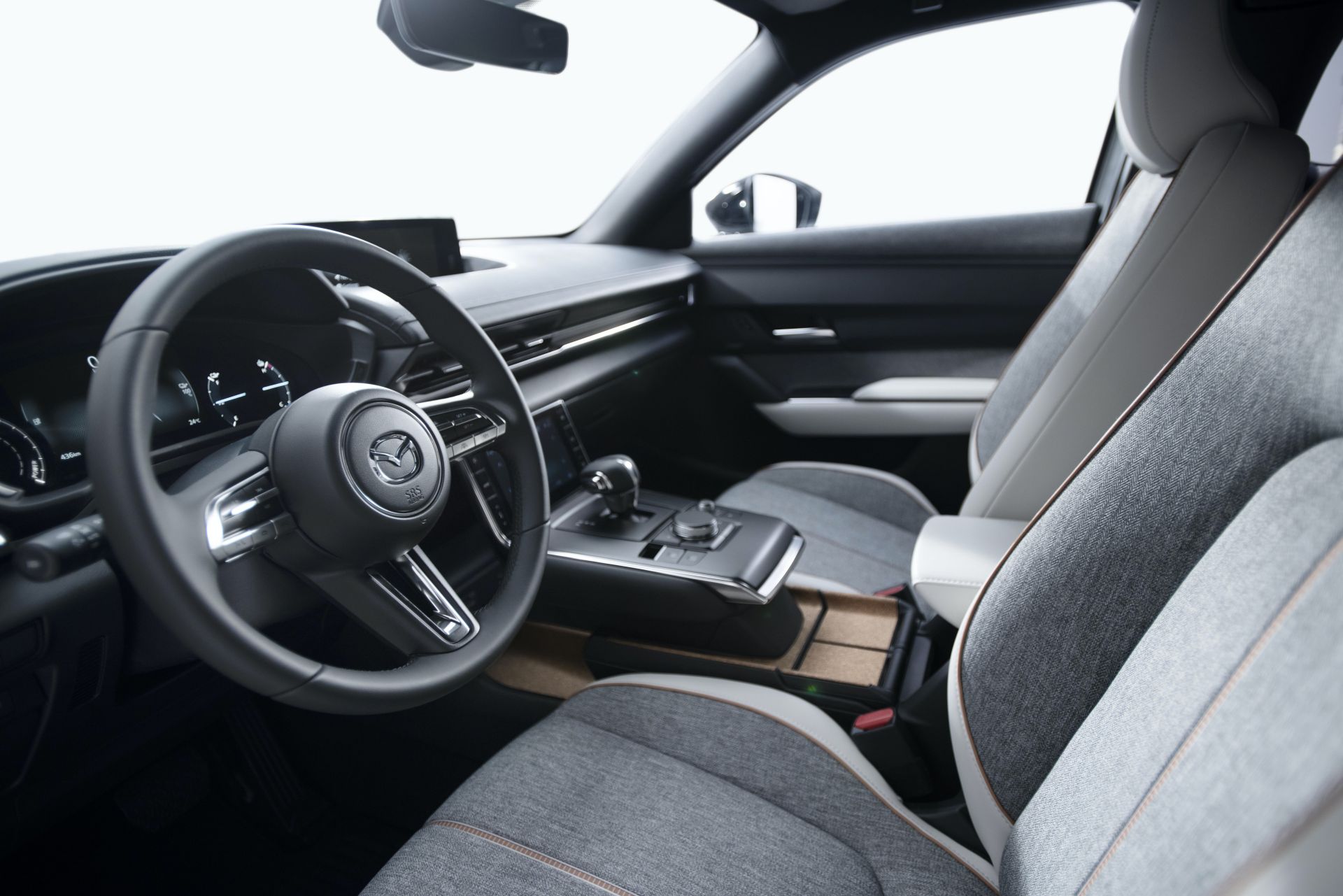 The new MX-30 shares the same architecture with Mazda’s CX-30 and 3 models, and features a pair of ‘suicide’ rear doors inspired by the RX-8. The interior stands out thanks to its ‘floating’ center console, the dual-screen setup, and the use of environmentally-friendly materials for the fabric upholstery.

Pricing details of the new 2022 Mazda MX-30 EV will be announced closer to the model’s launch.

Here Are The Cars You Regret Selling

Here Are What You Think The Best Car Interiors Are

There Is A New Most Ridiculous Drift Car