in Mazda
A A

Mazda‘s lineage includes some interestingly-named vehicles, such as the Scrum Wagon, the Carol Me Lady, and this, the Bongo. But as unusual as its name is, this van is actually quite capable, and now one is up for grabs.

The 1996 Mazda Bongo is listed on Cars & Bids, and it has just 45,700 miles (73,400 km) on its odometer. It’s actually a right-hand drive import that’s been titled in the United States, which is important as the car was never sold here. 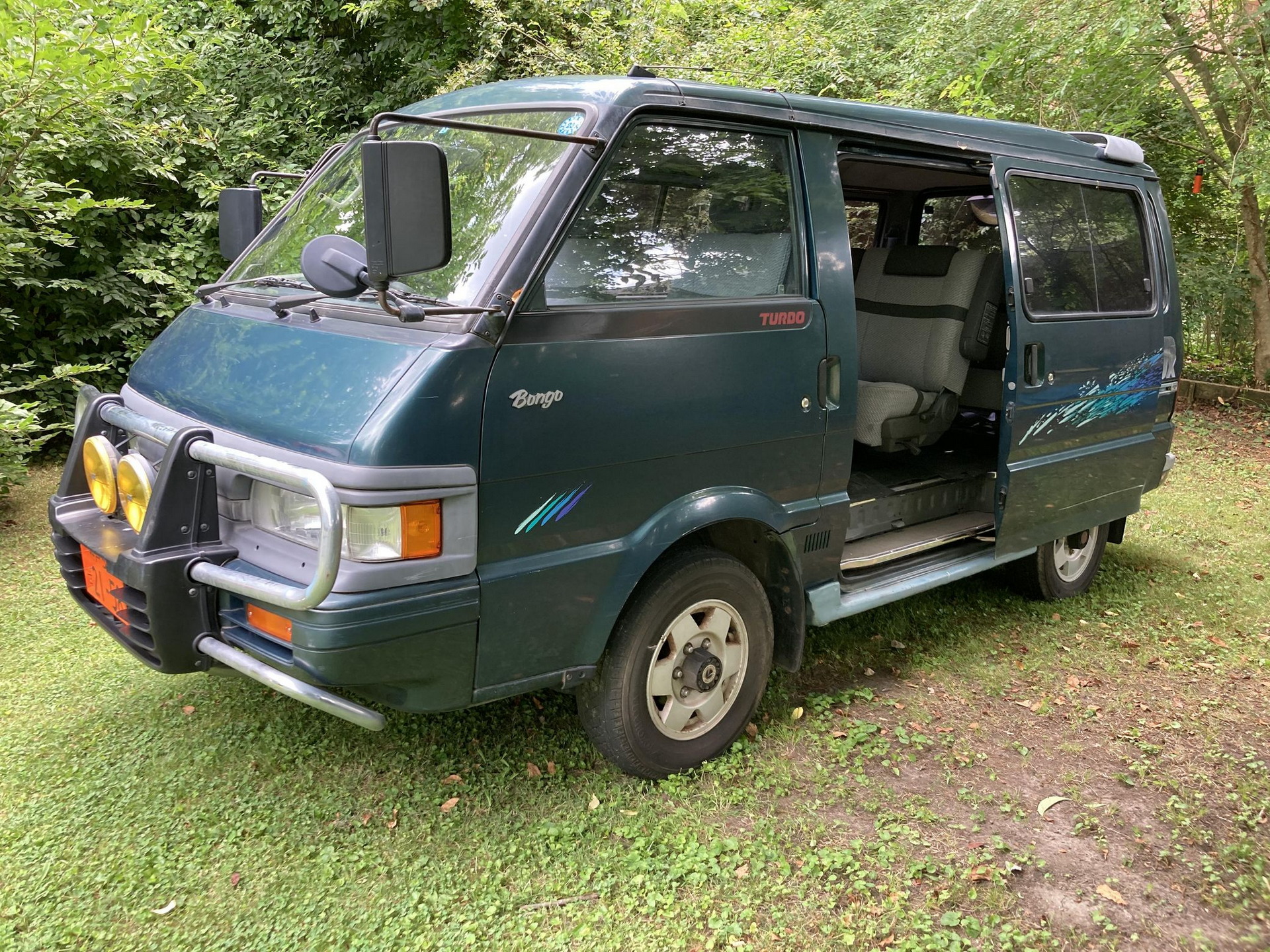 The exterior is finished in Neat Green and features a set of wonderfully ’90s decals running down the sides. The front includes a brush guard with yellow Bosch auxiliary fog lights, the rear features a roof spoiler, and the van rides on 14-inch wheels with mudguards to protect from splatters. The exterior as a whole certainly isn’t in perfect condition with some dents and scratches here and there, but still it looks used rather than abused.

See Also: Mazda Will Electrify The Next-Generation MX-5 Miata – But How? 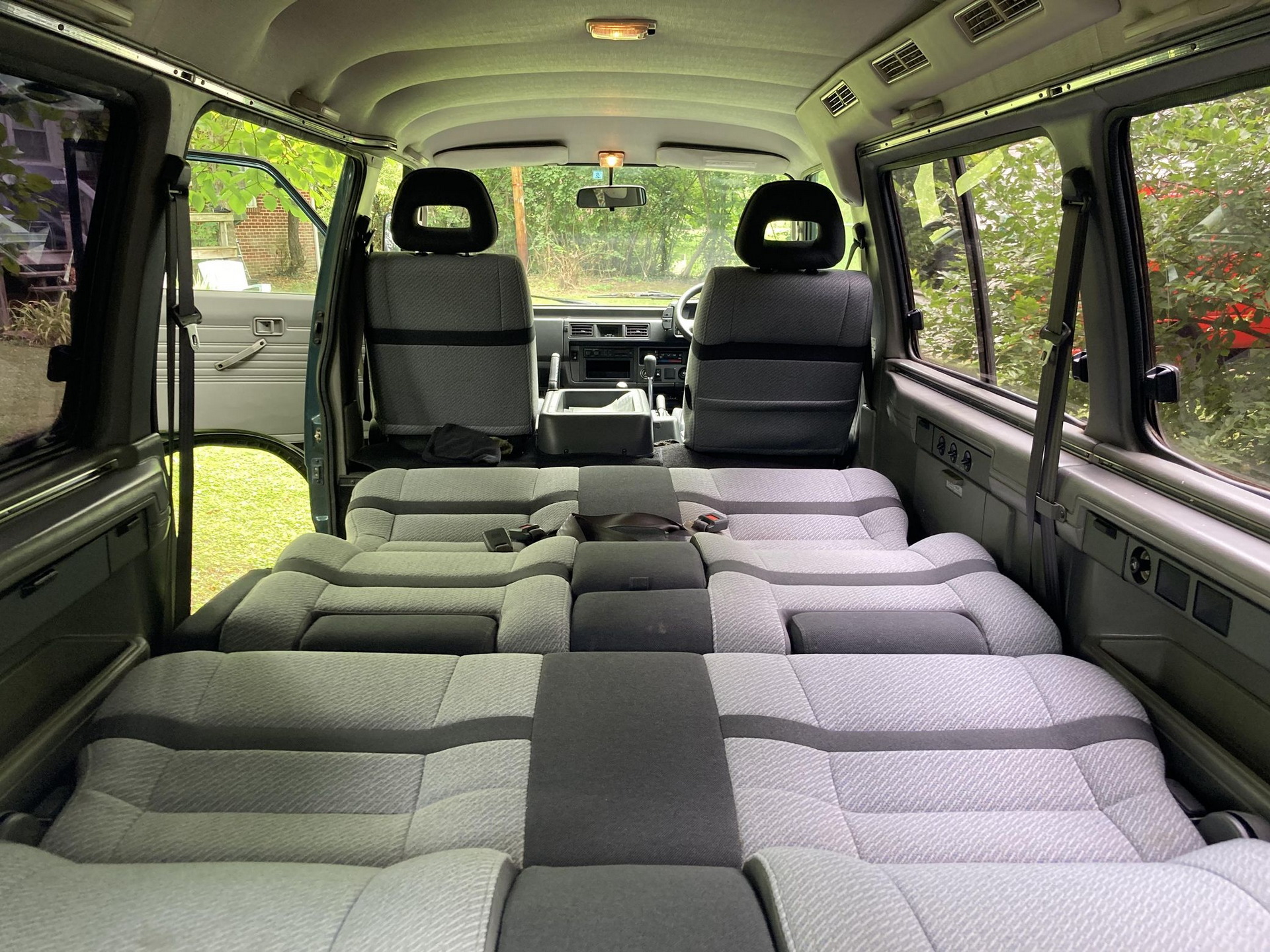 The interior is upholstered in gray cloth and features a desirable 8-seat layout with a configurable second-row bench seat as well as folding second- and third-row seats. The front windows are power operated, and the rear passenger windows are manually-sliding. There is heat and air conditioning front and rear, as well as a hot/cold box to keep food and drinks insulated. 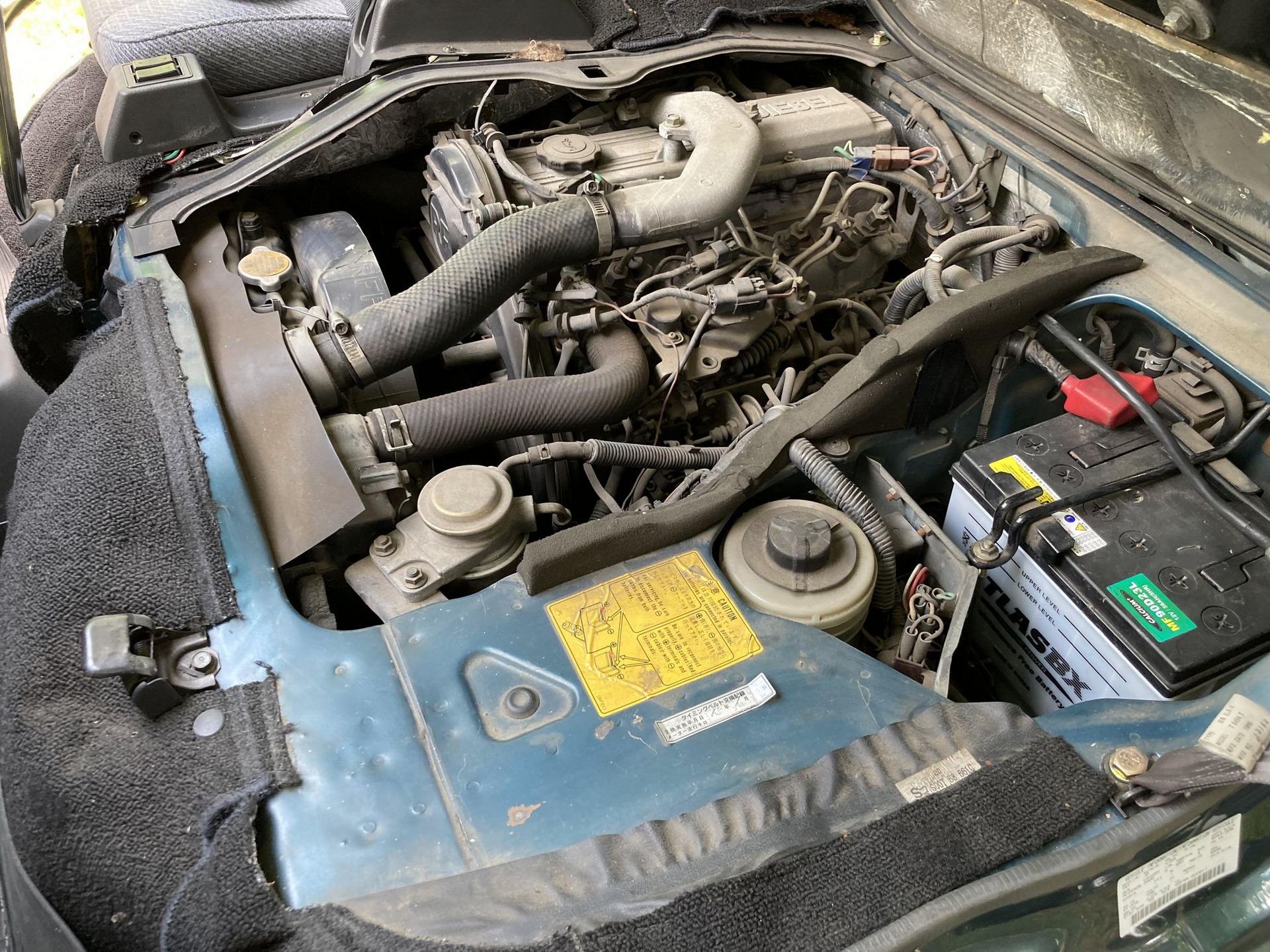 Powering the Bongo is 2.0-liter inline-four turbodiesel engine, which is rated at a meager 105 hp (106 PS / 78 kW) and 162 lb-ft (220 Nm) of torque, although it’s very clear this vehicle is not designed for speed. What it is capable of, though, is some moderate off-roading, and as such it sends its power to either the rear or all four wheels via five-speed manual transmission and a two-speed transfer case.