in Maserati
A A
ShareTweetPinSendShareSend

We’re getting another glimpse of the Maserati Grecale as Stellantis CEO Carlos Tavares took a prototype for a test drive yesterday, ahead of its launch later this year.

The model is heavily camouflaged, but instantly recognizable as a Maserati thanks to its distinctive grille. The crossover also features narrow headlights and sporty air intakes with honeycomb mesh inserts.

Moving further back, the Grecale has a long hood and a rakish windscreen that flows into a sloping roof. We can also see pronounced wheel arches, minimalist door handles and an upward sweeping beltline. 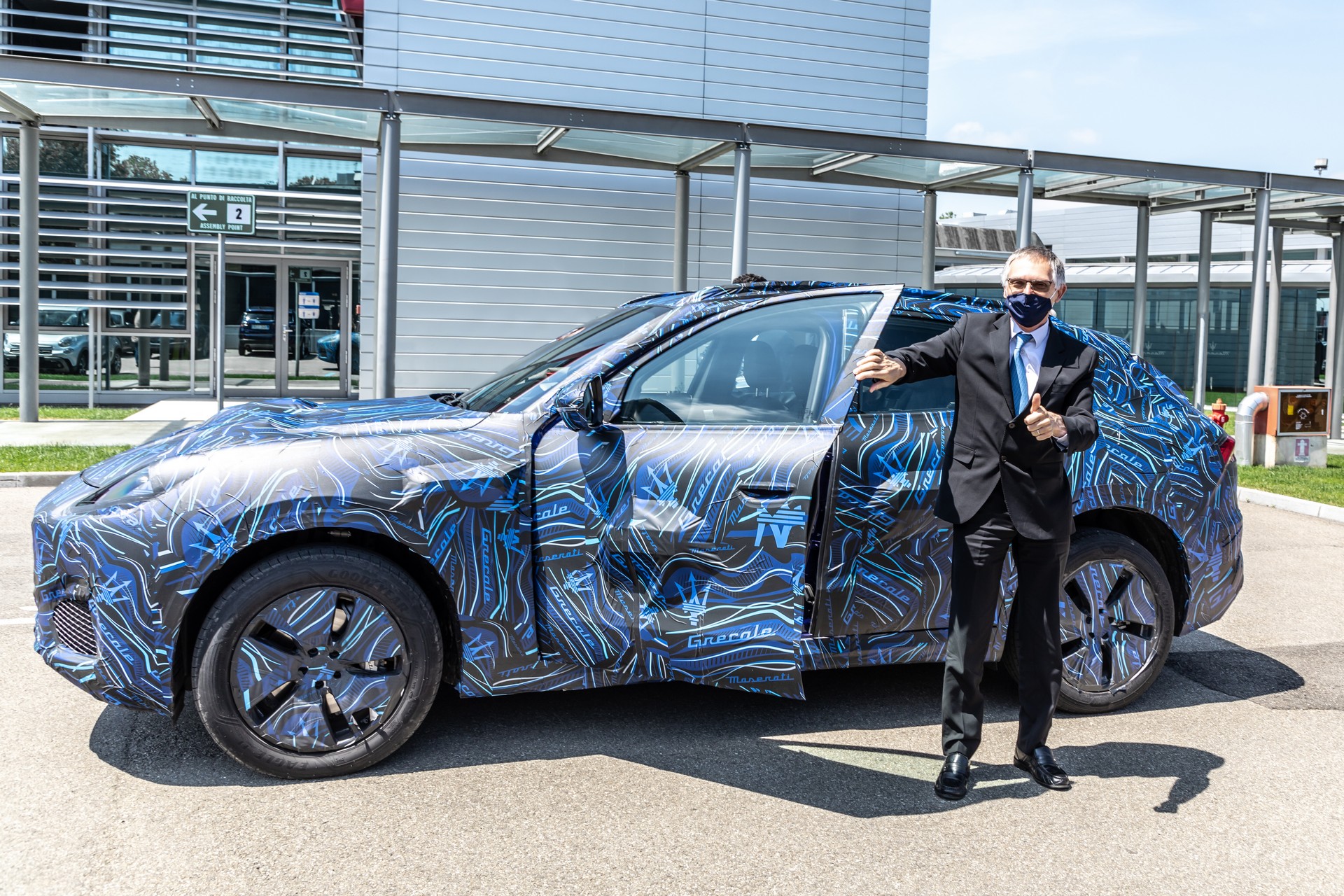 The latest images don’t show the rear end, but previous spy photos have shown the Grecale will have an angular rear window and horizontal taillights. The crossover has also been spotted with a four-tailpipe exhaust system, but lesser variants could have a more traditional dual exhaust.

Maserati has been tight-lipped about the model, but it will slot beneath the Levante and compete with the Porsche Macan. The Grecale is expected to be based on the Giorgio platform and could share a number of components with the Alfa Romeo Stelvio.

Getting back to yesterday’s event, Tavares and Stellantis Chairman John Elkann met with Maserati CEO Davide Grasso and toured the MC20 production line as well as the new Nettuno Engine Lab.