in Maserati
A A

The Maserati GranTurismo was spied in Italy wearing a light camouflaged over its production body. The model is in the last stages of development, with the official launch expected in late 2021.

Stellantis’ New Slogans Really Suck, Can You Do Better? | Carscoops

Maserati has confirmed that the new generation GranTurismo and GranCabrio will be available in both ICE and EV versions. The new sportscars were teased last year as part of Maserati’s renaissance which will include 13 new model launches by the end of 2024. 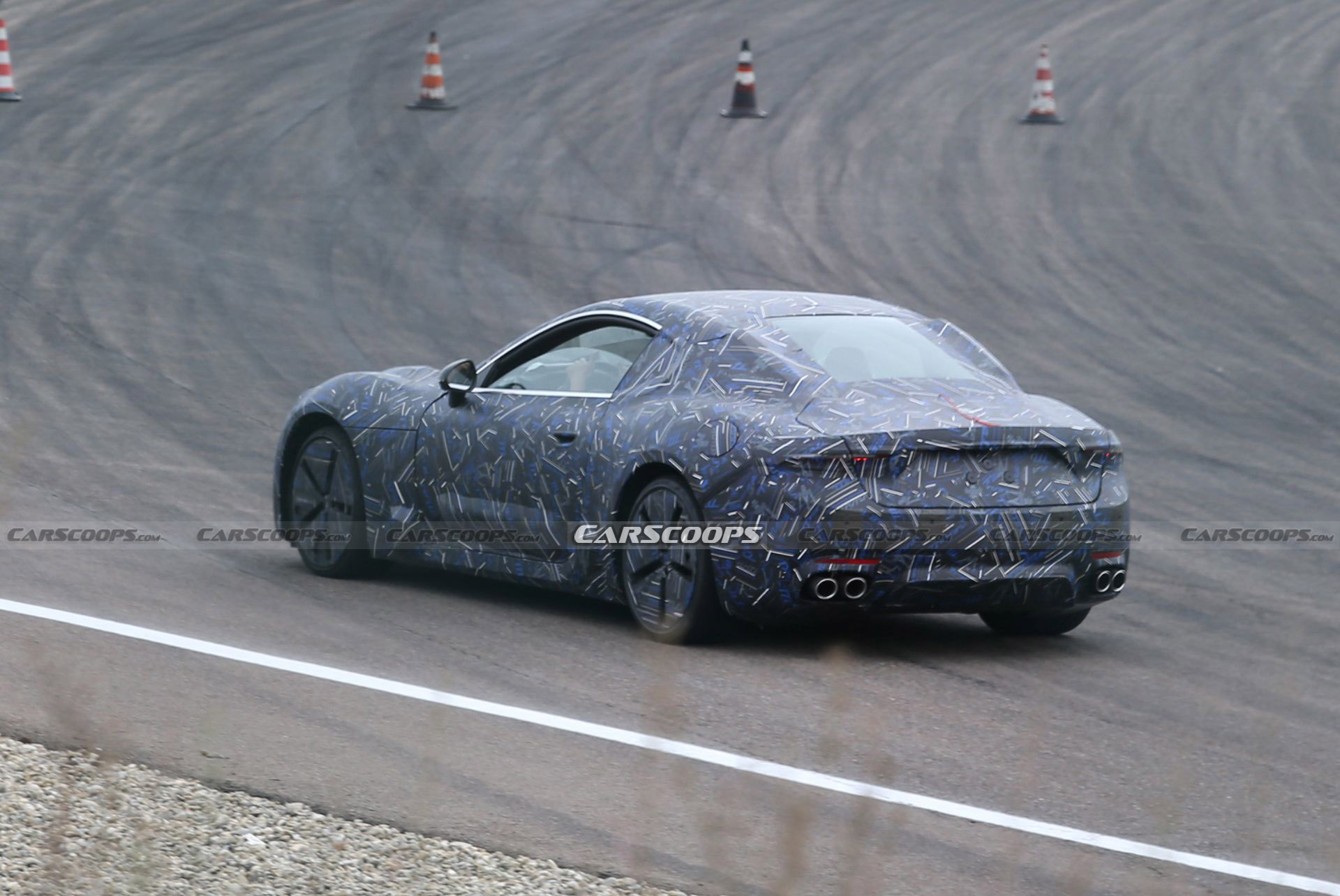 An earlier mule of the GranTurismo was spied in February 2021 wearing an Alfa Romeo Giulia body however development has obviously moved on since. In June 2021 Maserati showed us the camouflaged prototype of the GranTurismo for the first time, revealing its sexy curves. The proportions of the second-generation model are an evolution of its Pininfarina-designed predecessor that stayed in production for 12 long years.

Read Also: Maserati Shuffles Lineup For 2022, Quattroporte Gets New Base Engine With 345 HP

The new spy shots give us a clearer view of the car seen from different angles. The LED headlights sitting on the front fenders are inspired by the MC20, while the sculpted front bumper is dominated by the large grille and air intakes on each side. The test car’s aero wheels are a cool touch, and the evolutionary greenhouse hides a 2+2 cabin. The pronounced rear fenders lead to a beautiful tail design with a heavily inclined rear windshield and aggressive taillights. The weird bumps on the bonnet, side doors, and roofline are probably just part of the camouflage. 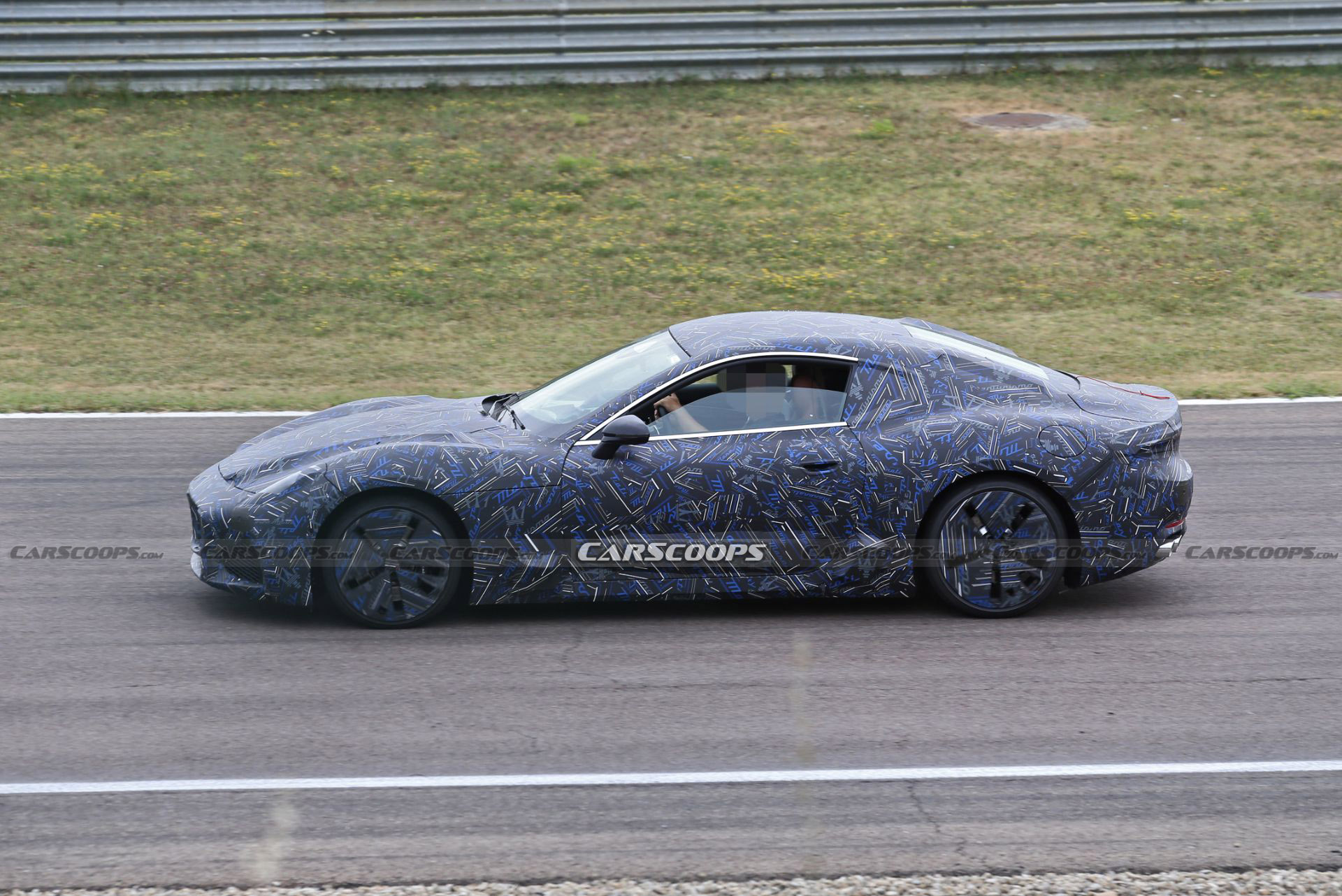 The pictured test car seems to be the ICE version as it has four exhaust pipes next to the rear diffuser. This means it’s probably fitted with the new twin-turbo 3.0-liter V6 that premiered in the MC20. Maserati has confirmed that both GranTurismo and GranCabrio will also be available with fully electric powertrains, becoming the first EVs to wear the trident emblem.

Also Watch: Hear What Maserati’s Fully-Electric GranTurismo Will Sounds Like

The characteristic sound of the Ferrari-sourced V8 in the first-generation GranTurismo might be gone forever, but we expect significantly improved performance figures, sharper dynamics, and a more premium cabin in the new model. We will have more information about the Italian sportscar as we move closer to its launch.