Don’t Get Any Ideas, But Lexus UX Art Car Winner Is Covered In Thousands Of Paper Petals | Carscoops

As part of an internal competition that featured entries from artists all over Spain, Lexus has declared the ‘Zen Garden’ by Valencia’s Clap Studio as the second UX Art Car design competition winner.

Created in the courtyard of Club Alma in Madrid by artists Jordi Iranzo and Angela Montagud over the course of a month, it is inspired by a traditional Japanese garden and has thousands of paper petals covering its body. 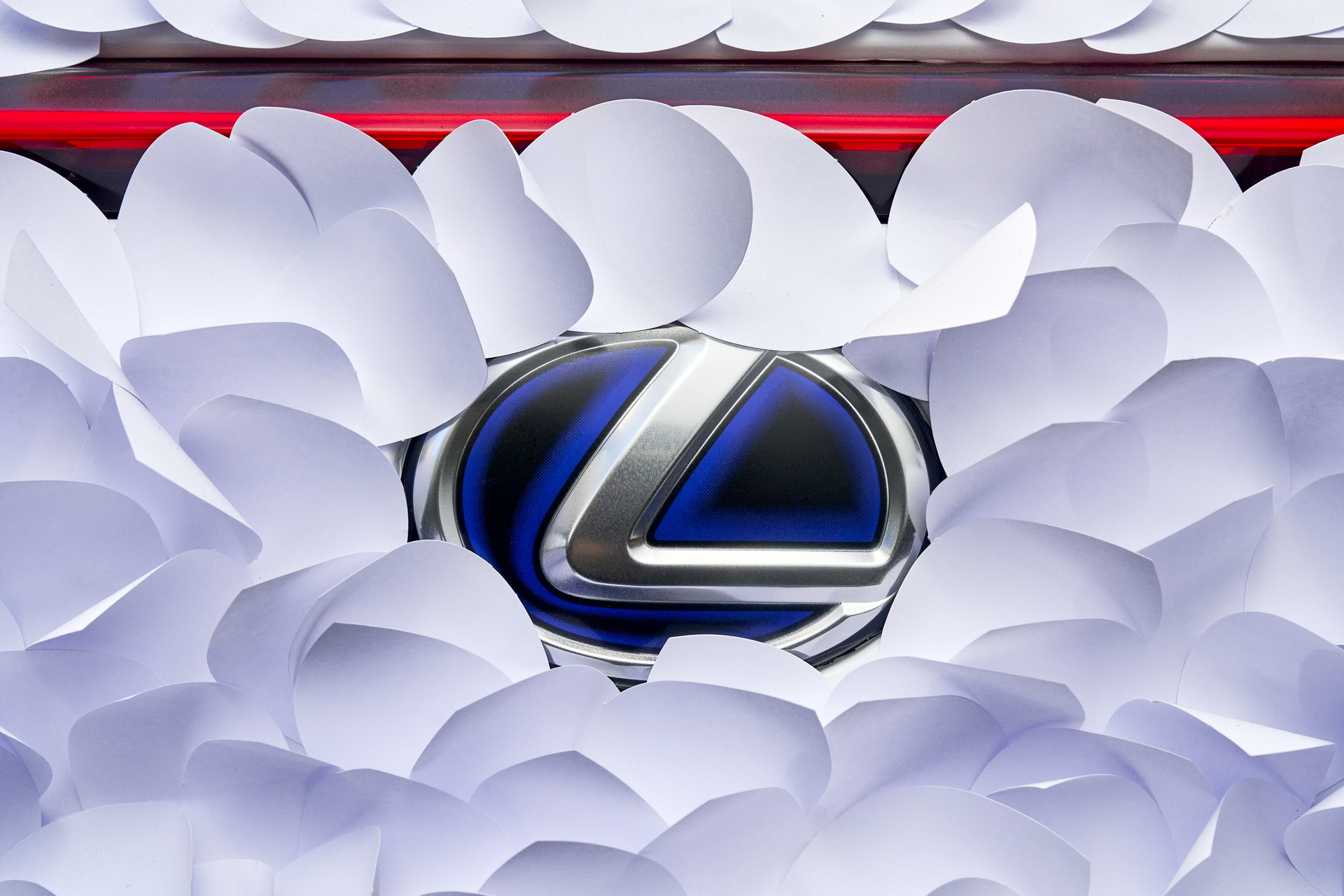 “We have used paper, a significant element in Japanese culture, covering the car’s exterior in a form of Lexus vegetation, giving it volume”, said Montagud. “Light is another essential quality in Japanese art and design, and here it transforms the Lexus US into a living thing. Depending on the position, tone and intensity of the light, it generates changing textures and colors throughout the day.”

The art car will be presented in an exclusive media event shortly, which will be hosted by the automaker’s Spanish branch. In the meantime, though, you can take a closer look at it in our image gallery, which also shows other UX art car proposals that were left out, but before that, we will remind you that the UX 250h, which was the model used as a blank canvas, has a hybrid powertrain. It combines a 2.0-liter four-cylinder engine with one or two electric motors in the two- and four-wheel drive versions, generating a total output of 181 HP regardless of the configuration.

Lexus LC500 Fights The Clock At The Hockenheim GP, Comes Behind The Jaguar F-Type P450 | Carscoops