Automotive YouTube channel Throttle House is back at it again with quite possibly the most combined output of any drag race they’ve run yet. They’ve decided to pit the Lamborghini Urus that starts from $218,000 against two of America’s fastest SUVs, the $88,365 Jeep Grand Cherokee Trackhawk, and $80,995 Dodge Durango Hellcat in a series of drag and roll races to see which is the true king.

It’s worth noting that while the Durango is the leader in power, it is also the heaviest, and vice versa for the Urus.

The first race sees the trio racing from a dig, not only putting their power to the test, but also their clever launch control systems. The Hellcat immediately gets the jump off the line, followed by the Trackhawk and the Urus. That result stayed the same all the way to the finish line, just with the gaps between each car closing in a bit more. 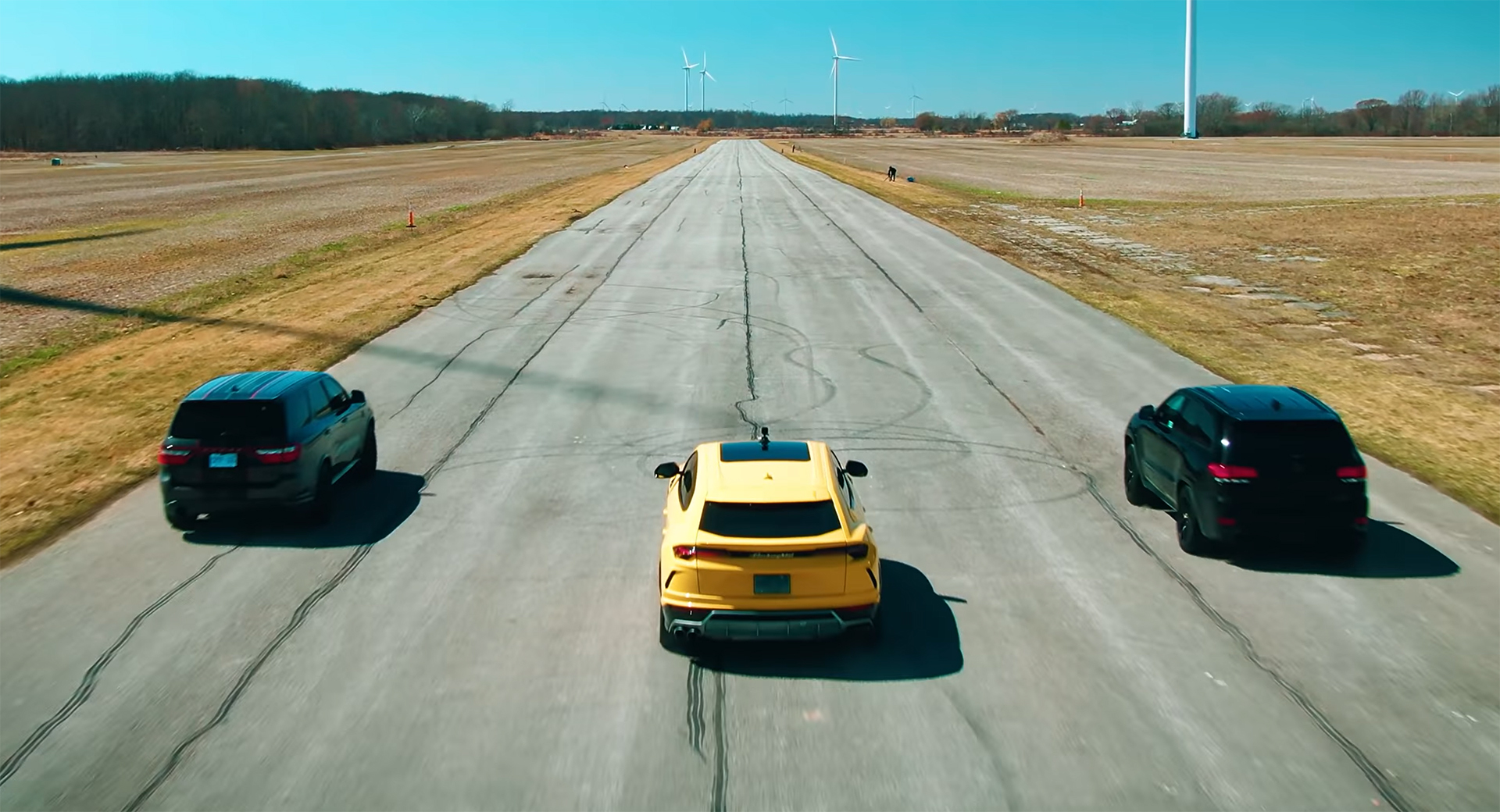 They then figured that launch control might have been providing an unfair advantage, so they ran the race again without it. Nevertheless, the same finishing result ensued. Lastly, to try and level the playing field a bit more, they also conducted a roll race. This one saw the SUVs flooring it from a rolling start, and had the exact opposite finishing result: Lamborghini in first, followed by the Trackhawk and the Durango.

In the end, the Durango surprisingly managed to win two out of the three competitions, despite being the heaviest of the bunch. Additionally, it’s the cheapest of all of them as well as the only one with three rows, so we’d say that it more than makes up for a just a car length’s loss in only one race.

Lamborghini Miura SV Is 50 Years Old, Still Looks As Magnificent As Ever | Carscoops

When Your Range Rover Gets Stuck, Grab A Lamborghini LM002 | Carscoops

This tech repels dust from solar panels, saving up to 98% of energy

Mercedes-Benz EQG Is Coming To Conquer The Hummer EV