Set to enter competition next year, the model benefits from “radical aerodynamic refinements” and promises to be the “most high-performance version ever to race in the one-make series.”

Starting with the exterior, the Huracán Super Trofeo EVO2 adopts a more aggressive front end with slimmer LED headlights and air curtains which mimic those used on the Sian. The racer has also been outfitted with an “omega lip” which echoes the one found on the Huracán STO.

Moving further back, there are ventilated front fenders, aggressive air intakes and a carbon fiber rear wing. They’re joined by a revised rear fascia, new taillights and a modified diffuser. Furthermore, some plastic paneling has been replaced by carbon fiber while the rear fenders are now one-piece units for “optimal surface continuity.”

According to Lamborghini’s Head of Design, Mitja Borkert, “When we approached the Huracán Super Trofeo EVO2 project, we immediately thought of the concept of ‘Racing in style’. That is, a combination of the typical aggressiveness of the Huracán racing cars and the classic stylistic features of Lamborghini’s DNA.”

More importantly, Borkert said the Huracán Super Trofeo EVO2 “represents a futuristic aesthetic approach that partially anticipates the design elements of the next range of road cars.” These will be introduced in the “coming years” and they could adopt headlights, air curtains and taillights that echo those found on the race car. 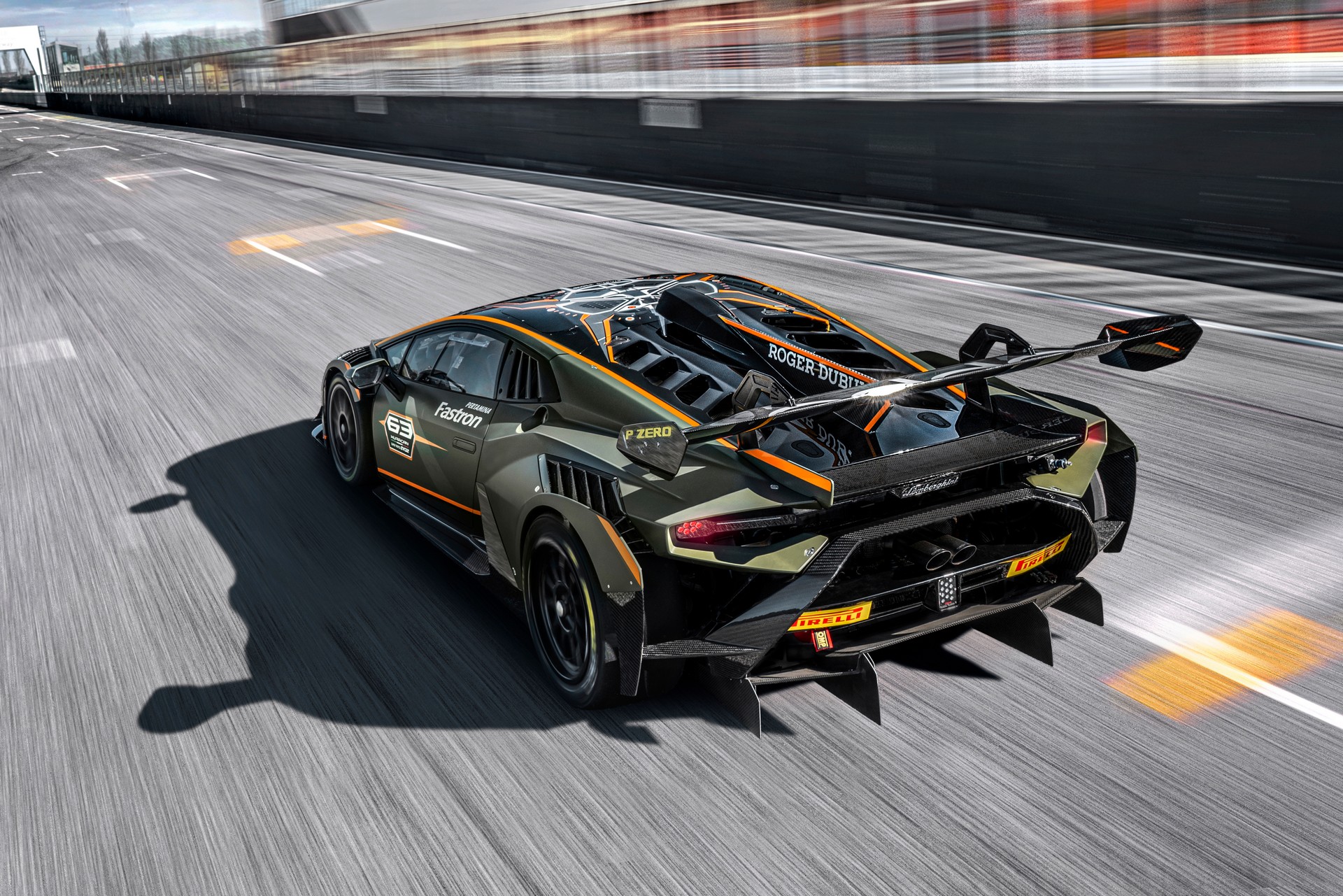 Putting the styling changes aside, the car has been equipped with an upgraded braking system that features new calipers and larger pads. The steel front discs have also grown in size as they now measure 15.4 inches (390 mm), which is an increase of 0.4 inches (10 mm).

Motivation is provided by a naturally aspirated 5.2-liter V10 engine that produces 612 hp (456 kW / 620 PS). It is connected to a six-speed sequential transmission, which sends power to the rear wheels.

The Huracán Super Trofeo EVO2 will make its public debut later this week and European pricing will start at €250,000 ($304,991) before taxes. That’s pretty expensive, but Lamborghini said owners of the current Huracán Super Trofeo EVO will be able to upgrade their cars to the latest specification via a dedicated kit that will be available early next year.