in Koenigsegg
A A
ShareTweetPinSendShareSend

The one-off Koenigsegg Agera RS ‘Phoenix’ has hit the market and while no asking price has been made public, it will no doubt sell for deep into the millions.

The Agera RS Phoenix was originally commissioned by noted Los Angeles car collector Manny Khoshbin and in an interview in mid-May, he revealed that he paid $2.2 million for the car. However, after just five months of ownership, he sold it for $4.1 million, netting him a profit of $1.9 million. The car is now set to change hands once again and has been listed up for sale through Pagani of Beverly Hills.

Read Also: Buy A Koenigsegg Agera RS, Make An Easy $2 Million By Flipping It In 5 Months

The exterior of the Swedish hypercar is clad in gloss-finished carbon fiber while various accents are finished in gold leaf, including the hood stripe and accents across the front splitter, front canards, doors, side skirts, rear wing, and roof scoop. Khoshbin was clearly so fond of the gold leaf parts that he also ordered for gas struts to be finished in gold leaf while the wheel nuts and Koenigsegg badges are gold plated. Heck, there’s even a gold anodized exhaust. 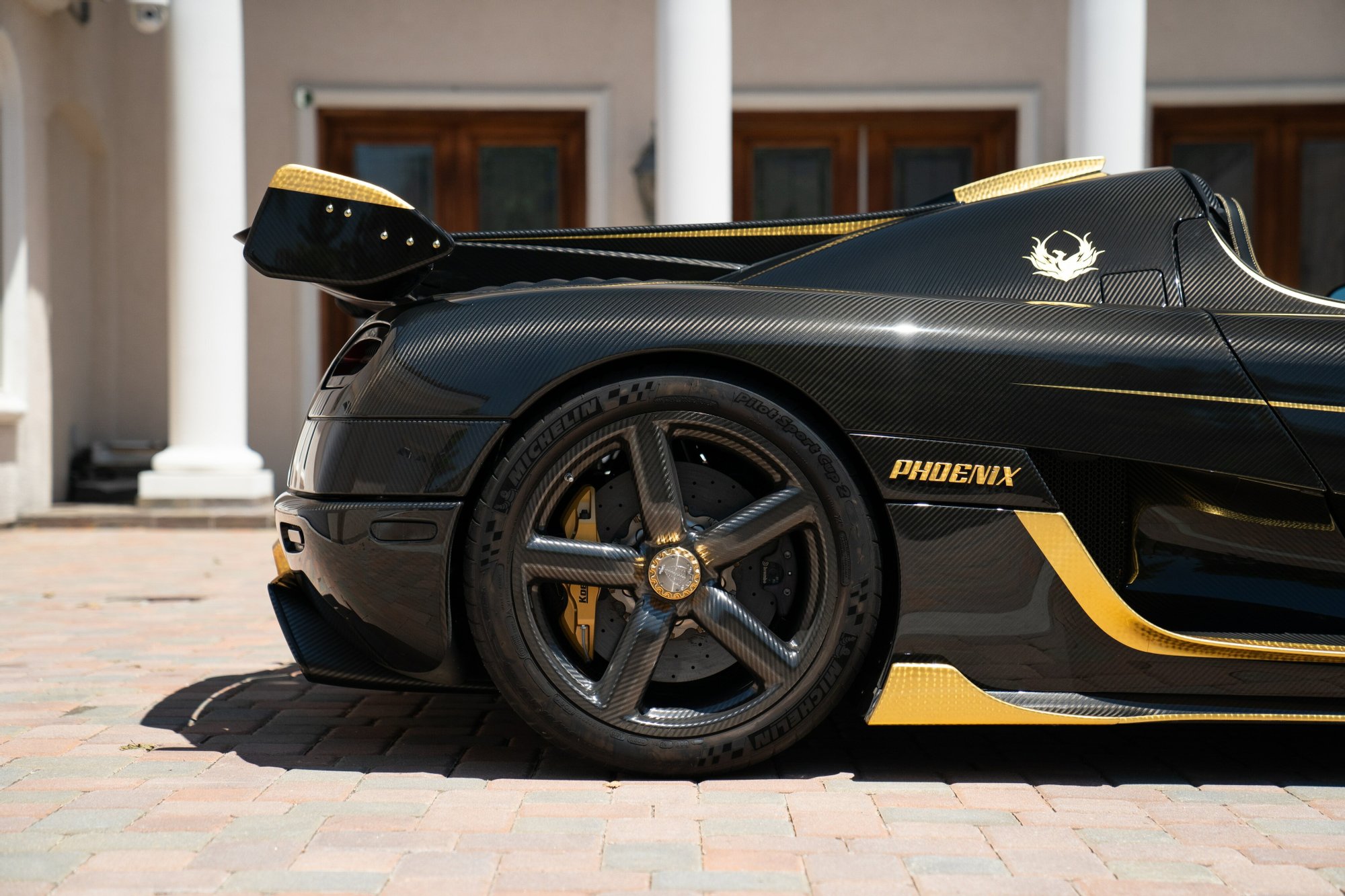 The carbon fiber and gold theme continues in the interior with parts like the air vents, stitching, and the 12 o’clock stripe on the steering finished in gold. There’s also unique ‘Phoenix’ stitching on the dashboard and a unique logo stitched into the headrests.

Further adding to the desirability of the car is the fact that it features the optional One:1 power upgrade that means the 5.0-liter twin-turbocharged V8 pumps out 1,360 hp. The listing confirms the car has just 1,350 miles (2,172 km) on the clock.

Driving A Koenigsegg One:1 Will Warp Your Understanding Of What’s Possible In A Car | Carscoops