A Kia pickup truck won’t launch anytime soon, but that hasn’t stopped one designer from imagining what a pickup from the South Korean automaker could look like.

These renderings come from KDesign AG and depict the pickup as being based on the new Hyundai Santa Cruz with front and rear elements from the Kia Sorento.

The Korean carmaker has previously admitted that if it were to produce a pickup, it would look to rival the likes of the Toyota Hilux, Ford Ranger, and Mitsubishi Triton, meaning it probably wouldn’t be based on a current SUV models like the Sorento or in this case, the Santa Cruz, itself riding on the Tucson platform. Nevertheless, the pickup presented in these images certainly has a lot going for it.

The front of the truck is virtually identical to the Sorento and that’s no bad thing as it includes sharp headlights with LED daytime running lights and a blacked-out grille. The black accents continue across the lower grille and some other trimmings. 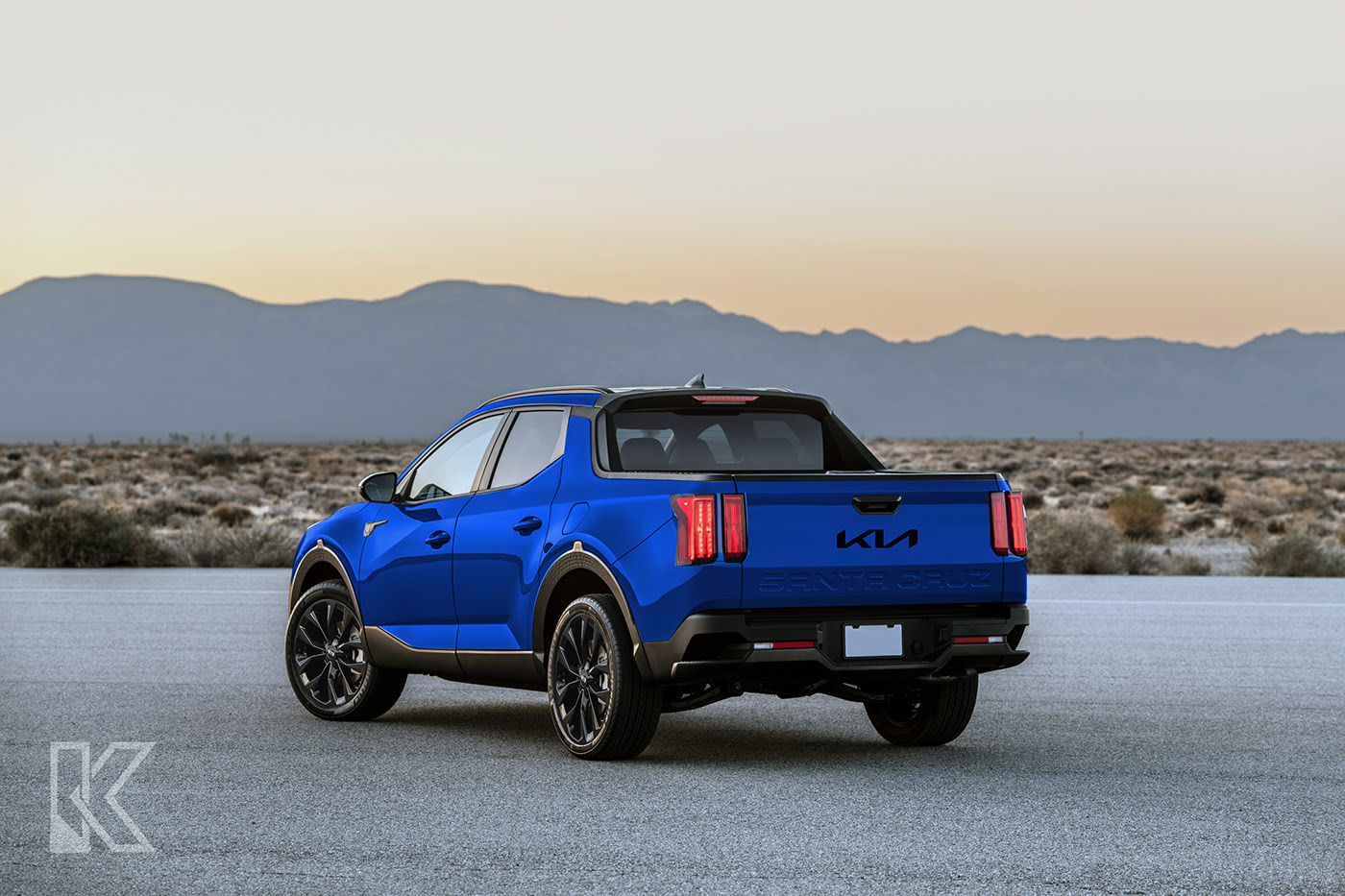 While Kia recently admitted that a pickup truck isn’t one of its priorities, we suspect that it will keep a close eye on sales of the Hyundai Santa Cruz to determine whether or not it would be able to sell a pickup in the numbers required to make it economically viable.

Note: This is an independent design study from KDesign AG and has not been endorsed by Kia.

Russia Gives Free Cars To People Who Get Vaccinated