Just a few days after the 2022 Kia Sportage was unveiled, a Korean YouTube channel has managed to film one in an underground parking garage.

The Sportage featured in this video is painted gloss black, hiding some of its most striking design elements. Nevertheless, it still looks much more striking than the previous-generation model and will certainly stand out on the streets when customer deliveries begin.

Every body panel of the 2022 Sportage is new and the front fascia is particularly bold thanks to an expansive tiger nose grille finished in black and sharp headlights with bold boomerang-shaped LED daytime running lights. Kia’s designers also ditched the curvaceous bodywork of the previous-generation model, giving this new one sharper and more pronounced lines and creases. 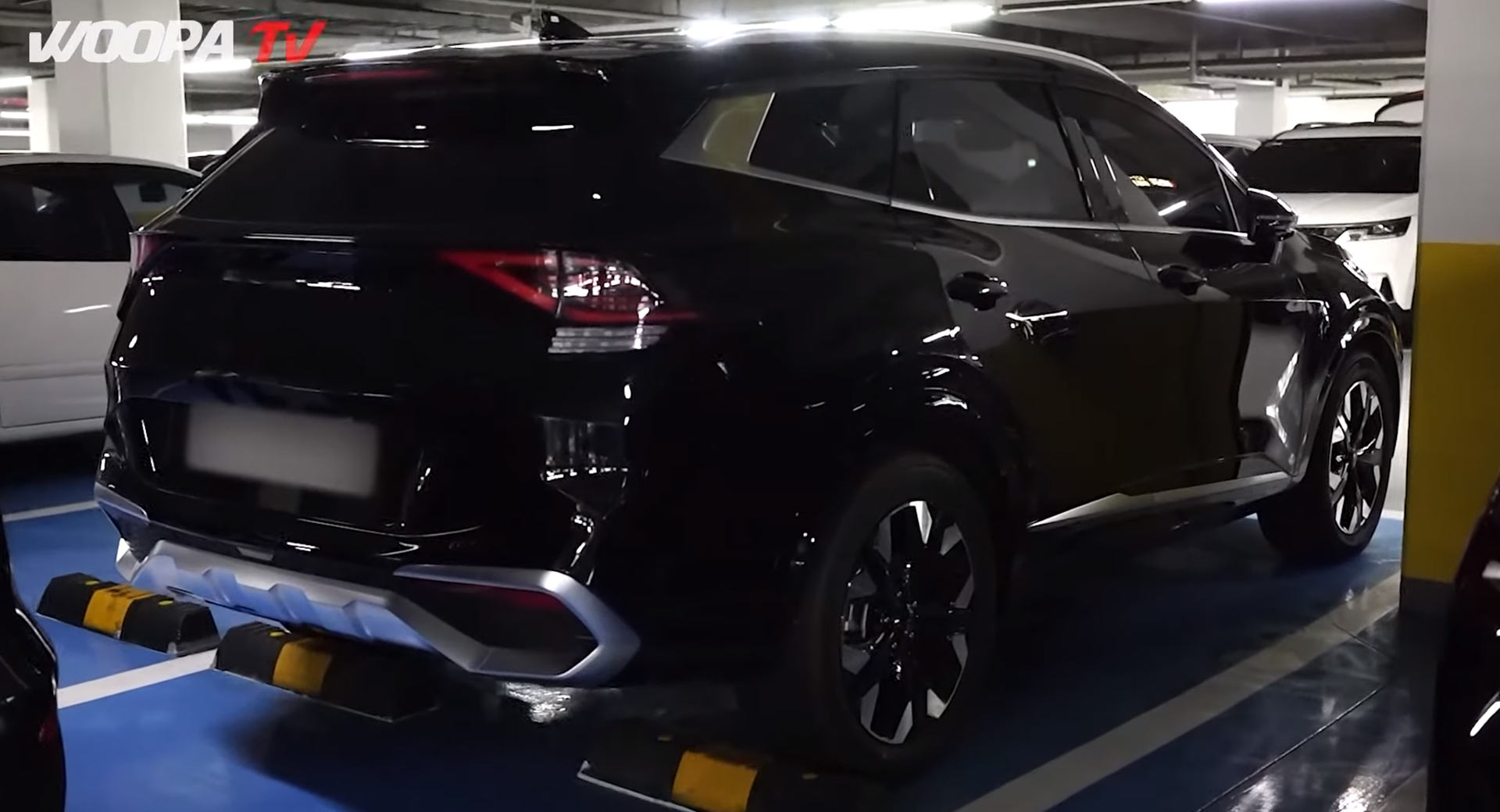 The rear-end complements the front with all-new taillights and a prominent LED light bar. The Sportage featured in this video has a number of matte silver accents that accentuate some of the new design features including the D-pillars, front air intake surrounds, rocker panels, and rear diffuser/bumper.

This video doesn’t showcase the interior of the new Sportage but images released by Kia confirm that it too has undergone comprehensive changes over its predecessor. The most obvious update is a new digital instrument cluster and infotainment screen housed within a single curved display.

Kia has yet to reveal what powertrains the 2022 Kia Sportage will be available with. It will be sold in many markets, including Europe, as a 2022 model before landing in North America as a 2023 model.

Check Out Kia’s Most Luxurious Model

Check Out Kia’s Most Luxurious Model

Russia Gives Free Cars To People Who Get Vaccinated