Kia is gearing up to launch seven dedicated electric vehicles by 2027 and the company recently confirmed their first model based on the electric-global modular platform will debut in the first quarter of this year.

It’s called the CV and it was recently caught undergoing testing in Sweden alongside the Hyundai Ioniq 5.

While we’ve already seen the CV on previous occasions, the latest pictures give us our best look at its interior. As you can see, the model will be equipped with a Mercedes-like freestanding digital instrument cluster and infotainment system.

Elsewhere, there’s a two-spoke steering wheel and a rotary shifter. The EV also has slender air vents, an ambient lighting system and what appears to be a minimalist center stack.

2022 Kia Carnival price revealed with a $1,700 premium over the Sedona 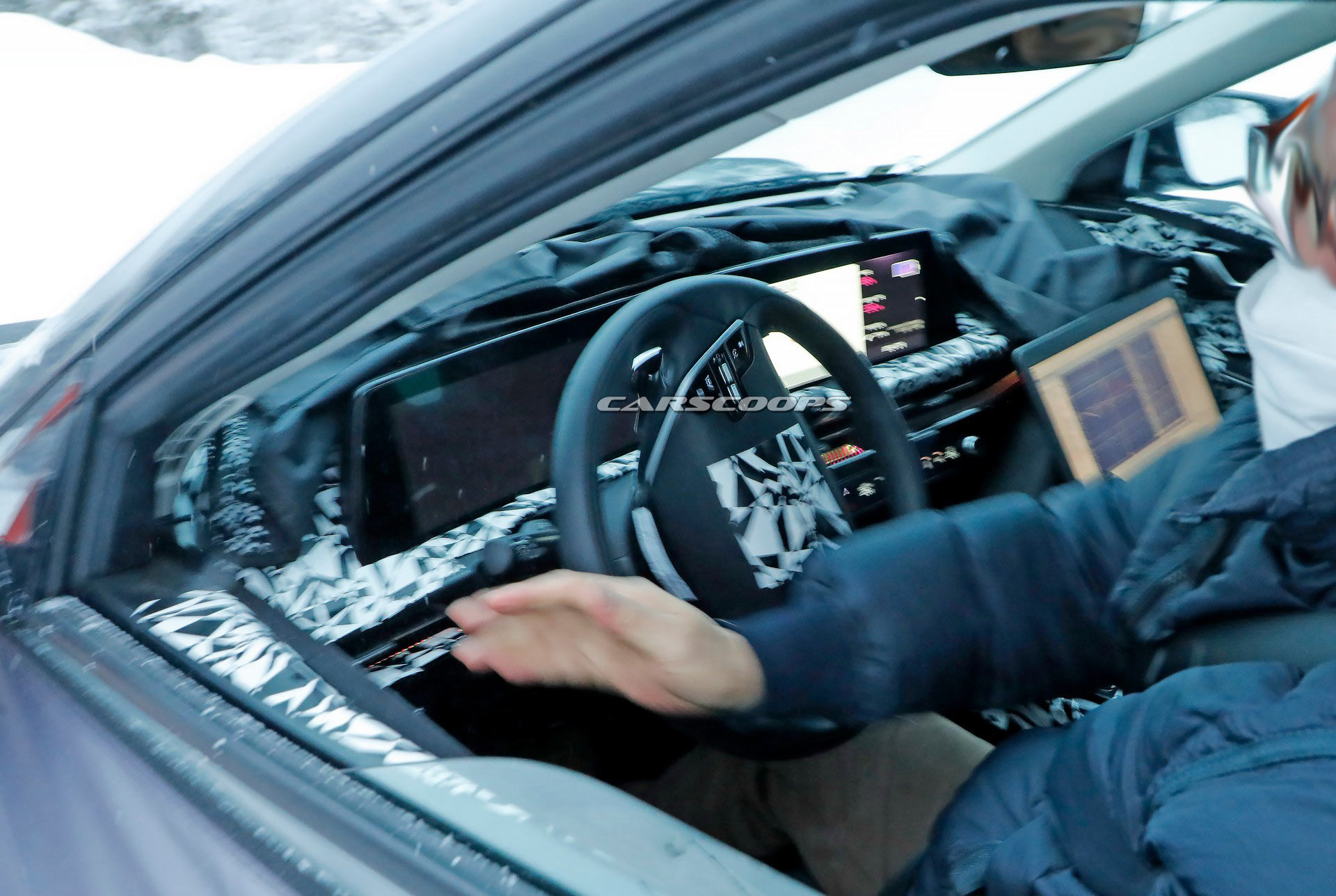 The exterior is heavily camouflaged, but the CV is shaping up to be a stylish model that blurs the line between crossover and hatchback. As a result, it features rugged accents such as plastic body cladding and large wheels wrapped in meaty tires.

The model also has a short hood and a rakish windscreen that flows into a sloping roof. They’re joined by a sporty beltline and curvaceous bodywork. Additional details are hard to make out, but the model appears to have an angular rear window and distinctive taillights.

Specifications remain the biggest mystery, but the CV should have a lot in common with the Ioniq 5. This means it could have a dual motor all-wheel drive system that produces a combined output of 309 hp (230 kW / 313 PS). This will reportedly enable the Hyundai to run from 0-62 mph (0-100 km/h) in 5.2 seconds.

While those numbers remain unconfirmed, Kia has already said their upcoming EV will have high-speed charging and a range in excess of 311 miles (500 km).

2022 Kia Carnival price revealed with a $1,700 premium over the Sedona