Sports cars are great fun, unless you need to move stuff around. Which is why most sports car fans with families, dogs or serious hoarding issues usually also have a more sensible wagon or SUV to deal with the boring stuff.

But back in the 1970s a Jaguar enthusiast by the name of Geoffrey Stevens decided he would turn his sports car into a wagon, by combining the front half of an XK150 coupe with the back end of a Morris Minor woodie. According to seller Justin Banks, Stevens and his wife had two dogs and spent a couple of years building a sports car that would take all four of them.

Stevens’ XK wasn’t the first man to try something like this. Back in the 1960s, Coachbuilder Harold Radford carried out around a dozen shooting brake conversions on the Aston Martin DB5, one of which sold for $1.75m (£1.24m) at auction in 2019. 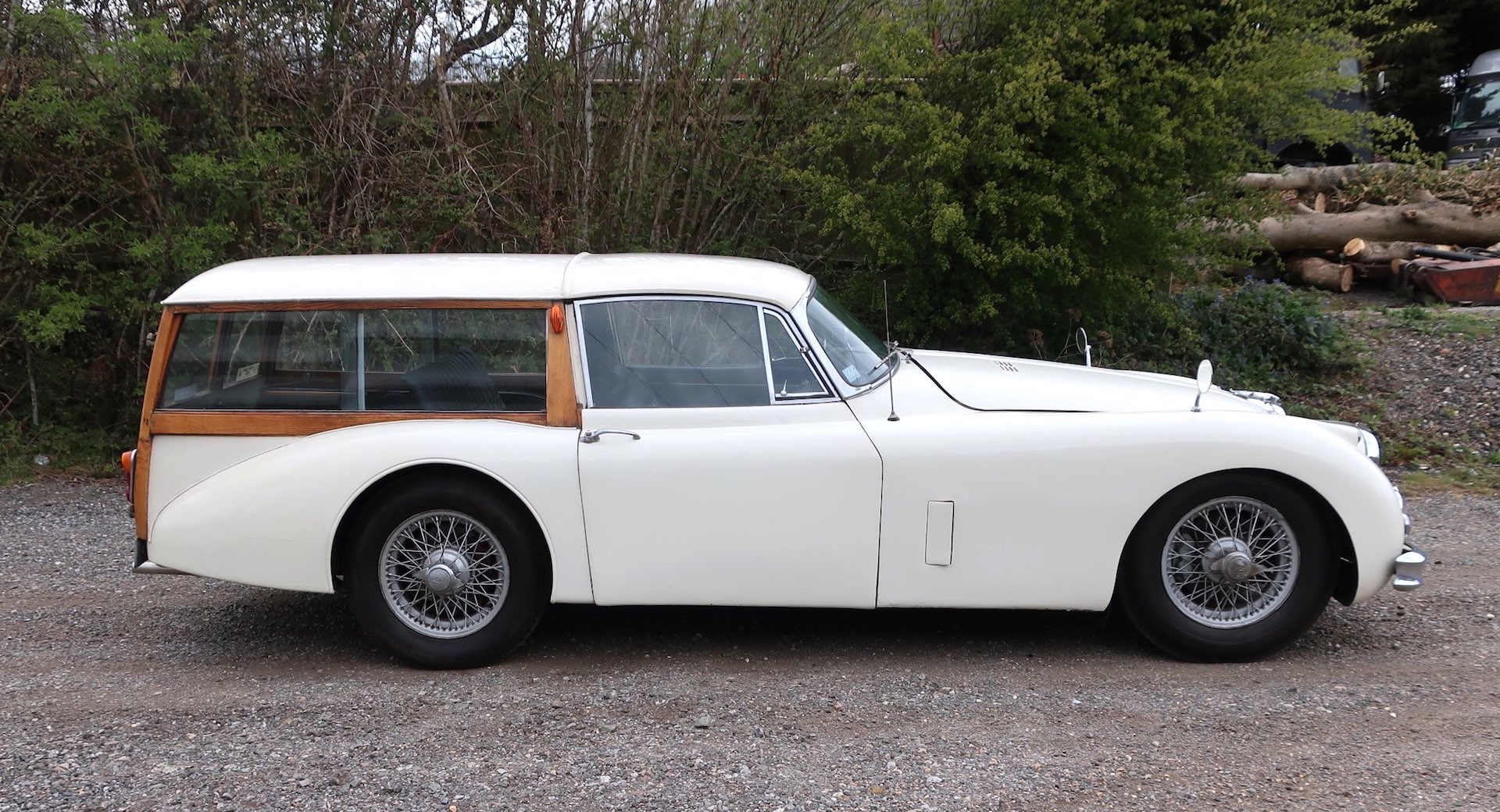 And at the time this XK “Foxbat” was built, you could buy a brand new wagon-back Reliant Scimitar coupe, which looked a hell of a lot more attractive. Even BMW’s cult Z3 M Coupe and Ferrari’s FF, two cars that are thankfully much better to drive than look at, come out of a comparison with Jag with their heads held high.

You can see what Stevens was getting at, and the Traveller’s square bodywork certainly improved the load-carrying capacity of his XK while leaving the driving environment and 190 hp 3.4-liter XK motor intact. Plus the higher roofline should make the Jag’s small back seats far more viable than they ever were in the standard car. 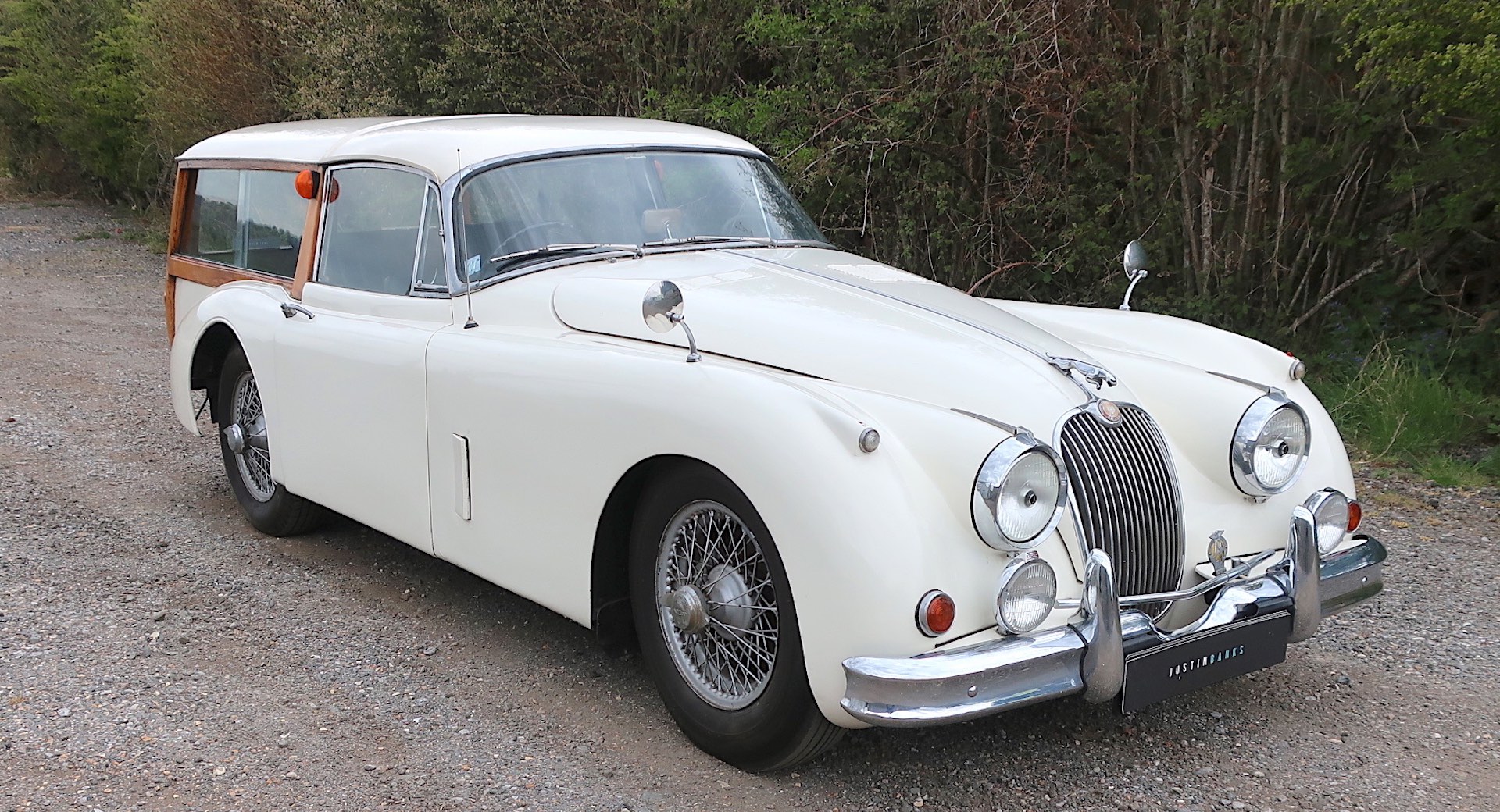 But while Radford’s metalwork magicians would have joined the two car halves with a new one-piece roof skin, Stevens decided to join the Jag’s curvy roof with the Traveller’s flat roof at the B-pillar, making it look like the original woodie has rear-ended the Jag in a freeway pile-up.

And then there’s the wood panelling. It might have looked quaint on the donor Morris, or a 1940s Detroit wagon, or even on the side of a 1980s Wagoneer, but it looks a little out of place on a slinky Jag. But the car is apparently well known in Jag circles, so is bound to find a new home fairly soon, despite looking a little tired. If you want to offer it space in your garage and don’t mind getting more stares than a naked Bugatti driver, Justin Banks is asking $44,995 ($63,400).

That’s around half what you’d pay for a used Ferrari FF, but around $15,000 more than a really nice low-mileage BMW Z3 M. We know which mutant wagon would get our money.