Hyundai Alcazar Debuts In India As A Premium Crossover | Carscoops

Hyundai has introduced the all-new Alcazar in India.

Based on the Creta, the crossover is billed as a premium SUV that combines space and performance with safety and technology.

The similarities to the Creta are clearly visible as both models have similar bodywork and colored C-pillar accents. However, the Alcazar is distinguished by a revised grille and unique lighting units. The model is also significantly longer as its wheelbase has reportedly been stretched by 5.9 inches (150 mm). 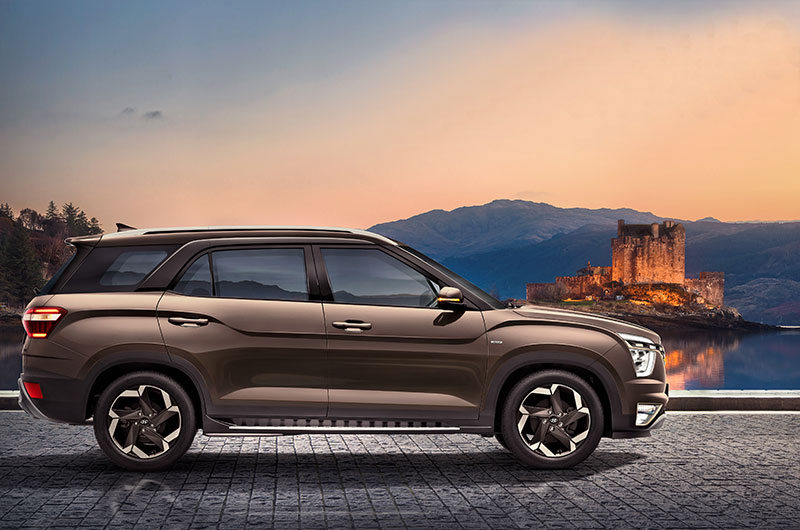 Hyundai didn’t say much else about the interior, but it appears to largely carryover from the Creta. This means we can expect a digital speedometer, a 10.25-inch infotainment system and a wireless smartphone charger.

China Claims This Is The First Electric Shooting Brake