It’s not very often that you’ll see a vehicle like a Rolls-Royce Wraith being sold by a Hyundai dealership but that’s exactly what recently happened in Long Island, New York.

While Hyundai of Long Island is most familiar with selling hatchbacks and SUVs, it recently listed a used 2014 Rolls-Royce Wraith up for sale through Craigslist. Evidently, the listing caught the eye of someone as Jalopnik was informed by the dealer that the Wraith had been sold. 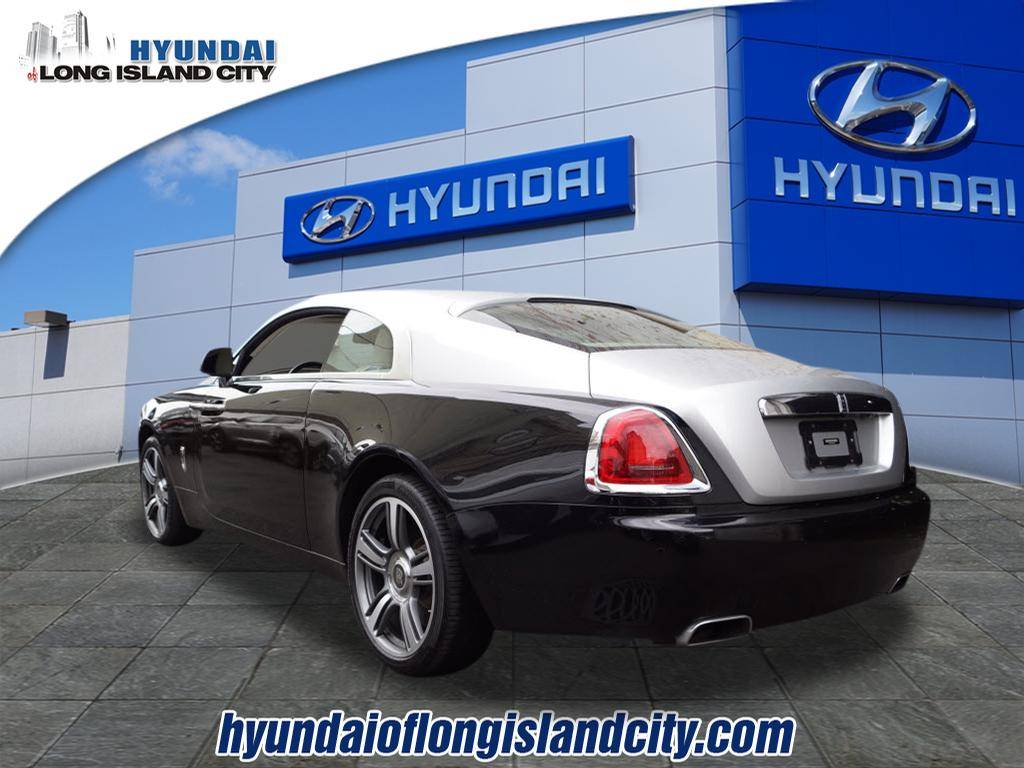 The Wraith was listed up for sale for $179,998 with 33,239 miles on the clock. A look on Autotrader reveals that there are roughly a dozen 2014 Wraiths on the used car market with less than 40,000 miles and asking prices of around $170,000 or below so it’s not as though this particular Wraith was very cheap.

What’s baffling is how the Hyundai dealer got their hands on the Rolls in the first place. After all, it seems unlikely that its owner traded in for one of the Korean company’s cars – and this particular dealership doesn’t sell Genesis models, which might have made more sense. One possibility is that they purchased it at an auction at a lower price with the intention of using it to draw in customers before flipping it for a profit. Jalopnik asked the dealer how they acquired the car but they wouldn’t say.

Whatever the case may be, the Wraith certainly looks quite nice thanks to the Diamond Black/Silver two-tone exterior finished and the Dark Spice interior configuration that combines white and black leather with various wood accents.

Hyundai Santa Cruz Is One Step Closer To Reaching Showrooms

Hyundai Santa Cruz Is One Step Closer To Reaching Showrooms

We Have Bad News About Subaru Production