2022 Hyundai Santa Cruz Teased: Is This The Best Looking Compact Truck You Can Buy? | Carscoops

Not content with sending us all crazy with its future-cool Ioniq 5 EV, Hyundai is turning its attention to something more traditional: trucks. Specifically the Honda Ridgeline and the upcoming Ford Maverick.

And this teaser ahead of a full reveal on April 15 gives us a glimpse at Hyundai’s first line of attack. Called the Santa Cruz, this muscular compact pickup’s sweeping arch flares, kicked up windowline and sporty sloping C-pillar give it a significantly more dynamic look than any other truck in the segment.

And if you think you’ve seen it somewhere before, you probably have. The Santa Cruz’s styling borrows heavily from 2015’s two-door Santa Cruz crossover truck concept. 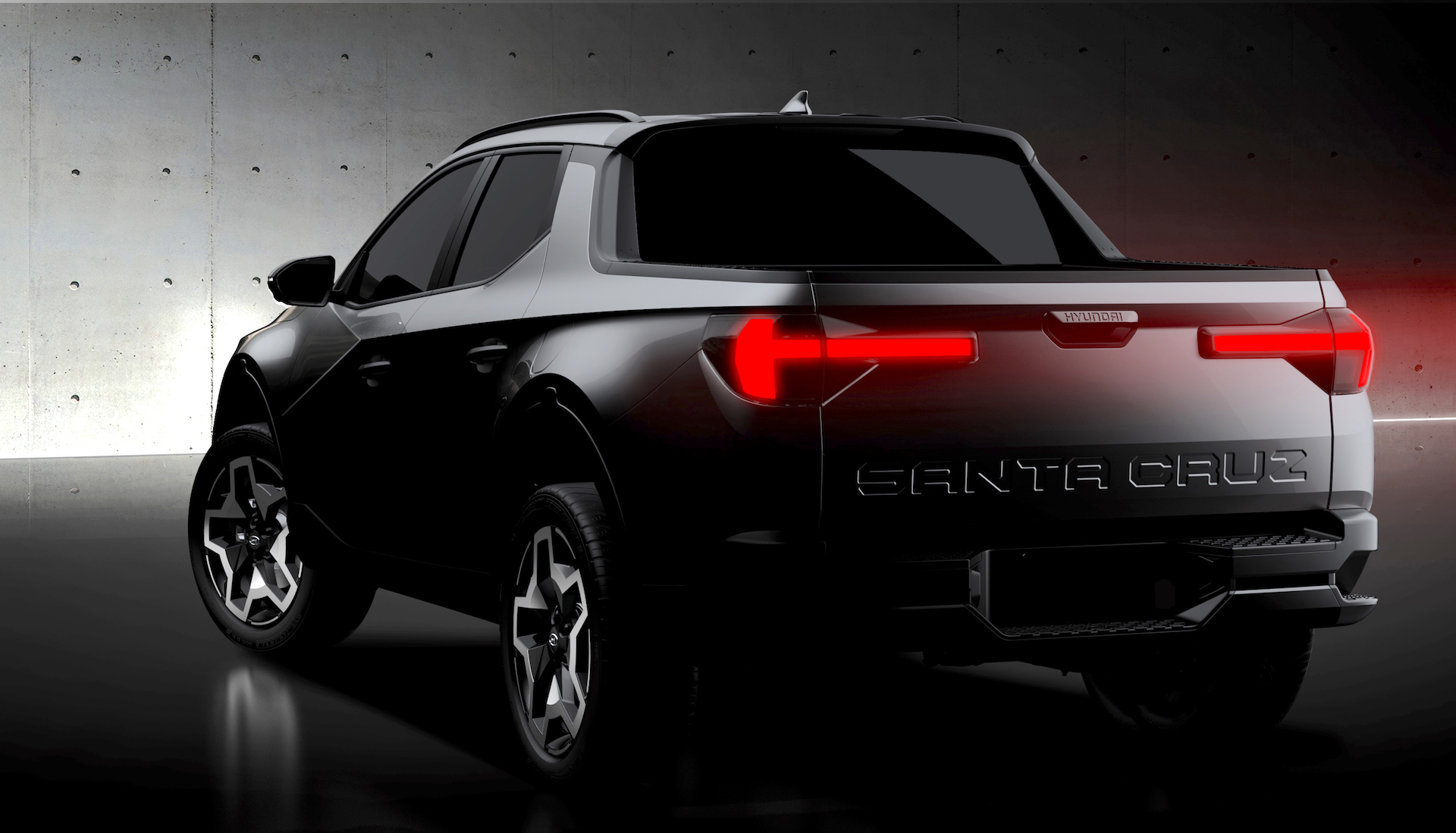 Back then, Hyundai said it had created a truck that combined a car-like interior and driving manners with the no-nonsense practicality of a traditional truck. And it’s making similar claims for the Santa Cruz, which will be built in Alabama starting this year.

One of the reasons for that is the new truck’s car-style unibody construction, something made possible by it sharing a platform with the Santa Fe SUV. Contrary to what Hyundai would have us believe, that’s not totally unique in the class – the Honda Ridgeline and upcoming Ford Maverick both feature unibody designs. But most rivals – or at least those that will be cross-shopped, are traditional body-on-frame trucks: great for big payloads and towing, but not great for handling and refinement.

Beyond revealing the truck’s unibody construction, Hyundai is keeping tight-lipped about the technical details ahead of the April 15 reveal. But we know it will be offered with a choice of powertrains, which are likely to include a 2.5-litre inline four.

The Hyundai Staria Van Only Looks Futuristic, And That’s Fine

Hyundai Alcazar Debuts In India As A Premium Crossover | Carscoops