This Is The New 2022 Honda Civic Sedan, Will Be Fully Revealed On April 28 | Carscoops

Here’s what the production 11th-generation 2022 Honda Civic Sedan will look like. The automaker offered this picture as a first look at what we can expect from the upcoming model that will go on sale in the summer of 2021.

Unfortunately, we’ll have to wait until April 28 to hear about the new car’s specs, but the picture does at least offer us an insight into what the upcoming Civic will look like in production guise.

Honda let us know what it was planning for the new Civic in November 2020, when it unveiled the 2022 Honda Civic prototype.

Read More: 2022 Honda Civic Prototype Looks Like A Mini Accord

This Ridiculously Awesome Dekotora-Style Truck Can Be Yours

Officer I Swear, VTEC Just Kicked In! Honda Driver Skillfully Pulls Himself Over Right In Front Of Cop Car | Carscoops

Although some of the proportions appear to have been massaged since then, major changes like the body-colored section above the grille remain.

The upward flick of the rear quarter window (which has drawn comparisons to the Cadillac CT5) also remains. And although there’s only one picture, Honda’s mission to make the new model look “thin and light” appears to have worked.

Honda has not released a picture of the production car’s interior, but promises that it will feature “uncluttered design, simple ergonomics, and exceptional visibility.” A sketch released with the Prototype revealed a simple, elegant interior with a 9-inch infotainment screen placed high on the dash.

Honda’s plant in Alliston, Ontario, Canada, is almost ready to start mass production of the vehicle. The company says the new Civic will be in dealer showrooms this summer. The Civic hatchback will follow in a few months and production will take place at Honda’s Indiana auto plant. The new Si and Type R are also expected to follow soon after. 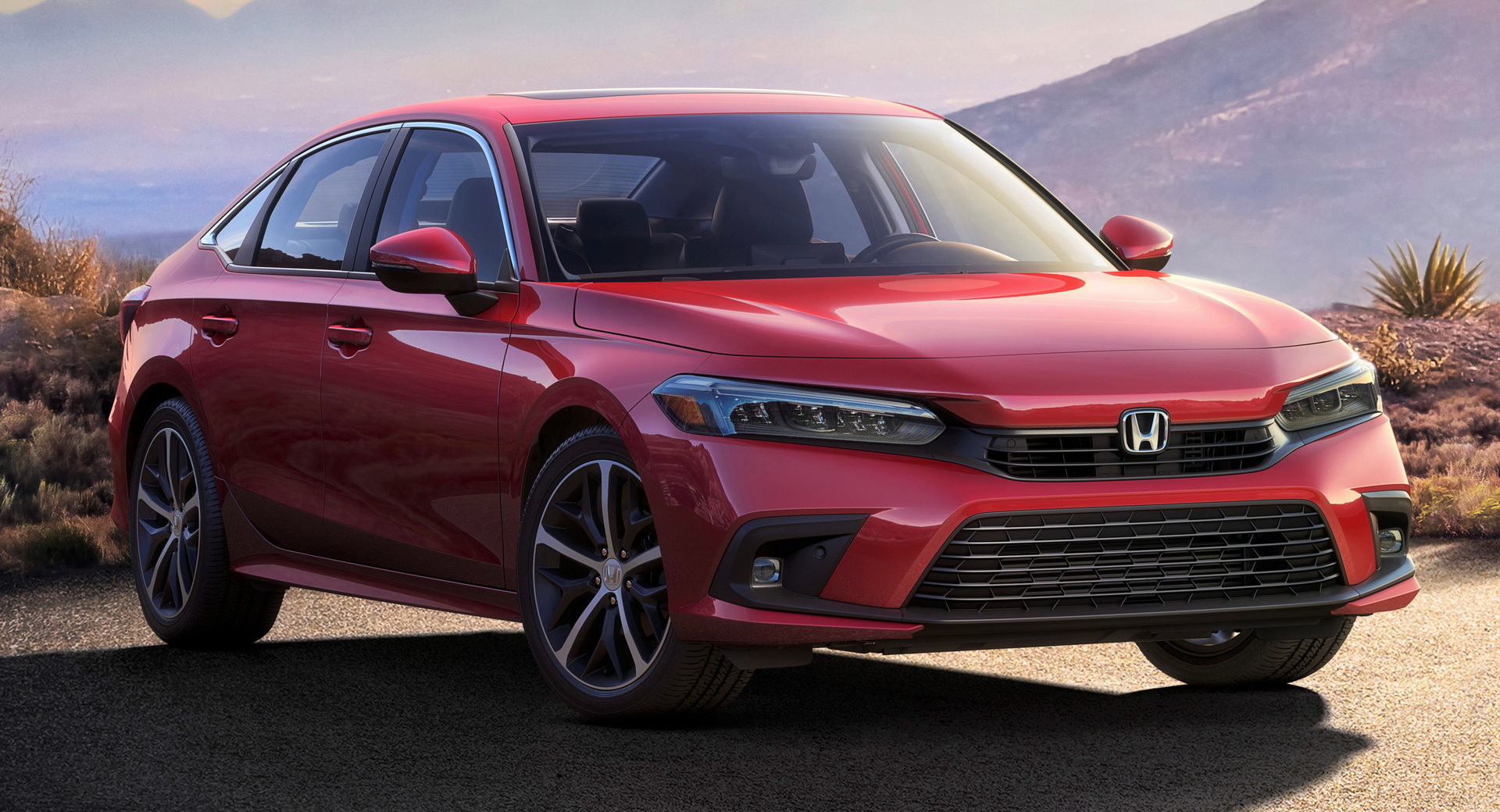 If you want to watch the 2022 Honda Civic sedan be unveiled, a livestream of the event will be available on April 28 on Live Nation’s Twitch channel and the Honda Stage YouTube channel.

Stay tuned for more coverage including a full gallery and specs when they become available. In the meantime, check out the video of the prototype 2022 Civic below.

This Ridiculously Awesome Dekotora-Style Truck Can Be Yours

Officer I Swear, VTEC Just Kicked In! Honda Driver Skillfully Pulls Himself Over Right In Front Of Cop Car | Carscoops

Is the FUELL Flluid the ultimate commuter ebike? – Electrek