Cars represent the commonly-seen tip of the Honda iceberg. Jets are also on its resume, and the Japanese firm’s plane-building division announced its lone model can now fly longer or carry more weight while looking better.

One of the main improvements that makes the HondaJet’s latest evolution worthy of the Elite S nameplate is a higher payload. Its maximum take-off weight has increased by 200 pounds, meaning operators can load more fuel for up to 138 miles of additional flying range (about the distance between Philadelphia and Washington, DC) or carry more weight over the same distance as before. How payload was increased hasn’t been explained yet.

Whether pilots choose to prioritize range or cargo, Honda notes the Elite S is easier to fly than existing variants of the jet thanks in part to new avionics features that replace voice commands with text-based messaging for clearer and more efficient communications. The company’s recently-introduced Advanced Steering Augmentation System (ASAS) also reduces the pilot’s workload and makes flying safer in a wide range of weather conditions. 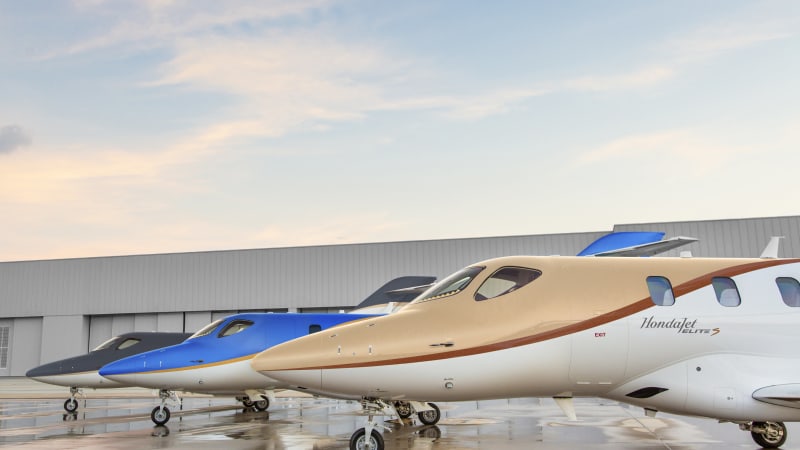 HondaJet’s Elite S is available to order now. Pricing hasn’t been announced yet, but the existing Elite model starts at around $5 million, a sum that makes it one of the more affordable models in its segment. How much you’ll pay for a HondaJet largely depends on the options selected; custom paint and lavish interior configurations are available to buyers with a thick enough wallet, and standalone options include a Bongiovi sound system.

2022 Honda Civic First Reviews Are In, What Are They Saying? | Carscoops

Moment Of Clarity: Honda You Forgot Exists, Will Soon Cease To Exist | Carscoops

There was a Honda Civic named the Honda Integra, and it’s not the Integra you’re thinking of

The Cruise Origin Has Entered Pre-Production