in GMC
A A
ShareTweetPinSendShareSend

In many ways, this is a question I’ve already answered. I used to live in a perfectly rectangular province called Saskatchewan in the Canadian prairies and the locals have a saying: if you live there long enough, you either grow hooves or wheels. They also call hoodies “bunnyhugs.” It’s a great place. But I chose wheels and bought myself a 1986 GMC Sierra for $600.

The GMC Hummer EV Will Have An Extreme Off-Road Package

I got my boss to drive me an hour and a half out of the little town whose newspaper I worked at to the littler town where they filmed “Corner Gas,” for all the Brent Butt-heads out there hoping that this story would include a little more Canadiana.

When I rocked up to the street on which the truck was parked, a man with a hook met me and said he needed something more reliable to get to work, which should have been my first hint that something was off. My second hint should have been when the truck didn’t start immediately, but in order to pop the hood, he had to bang on it like the Fonz getting a record play and for some reason I thought that was really cool. He was asking $800 ($660 USD), I offered $600 ($495 USD), and he immediately said yes. I realized then that either I was the world’s best negotiator or I had overpaid. 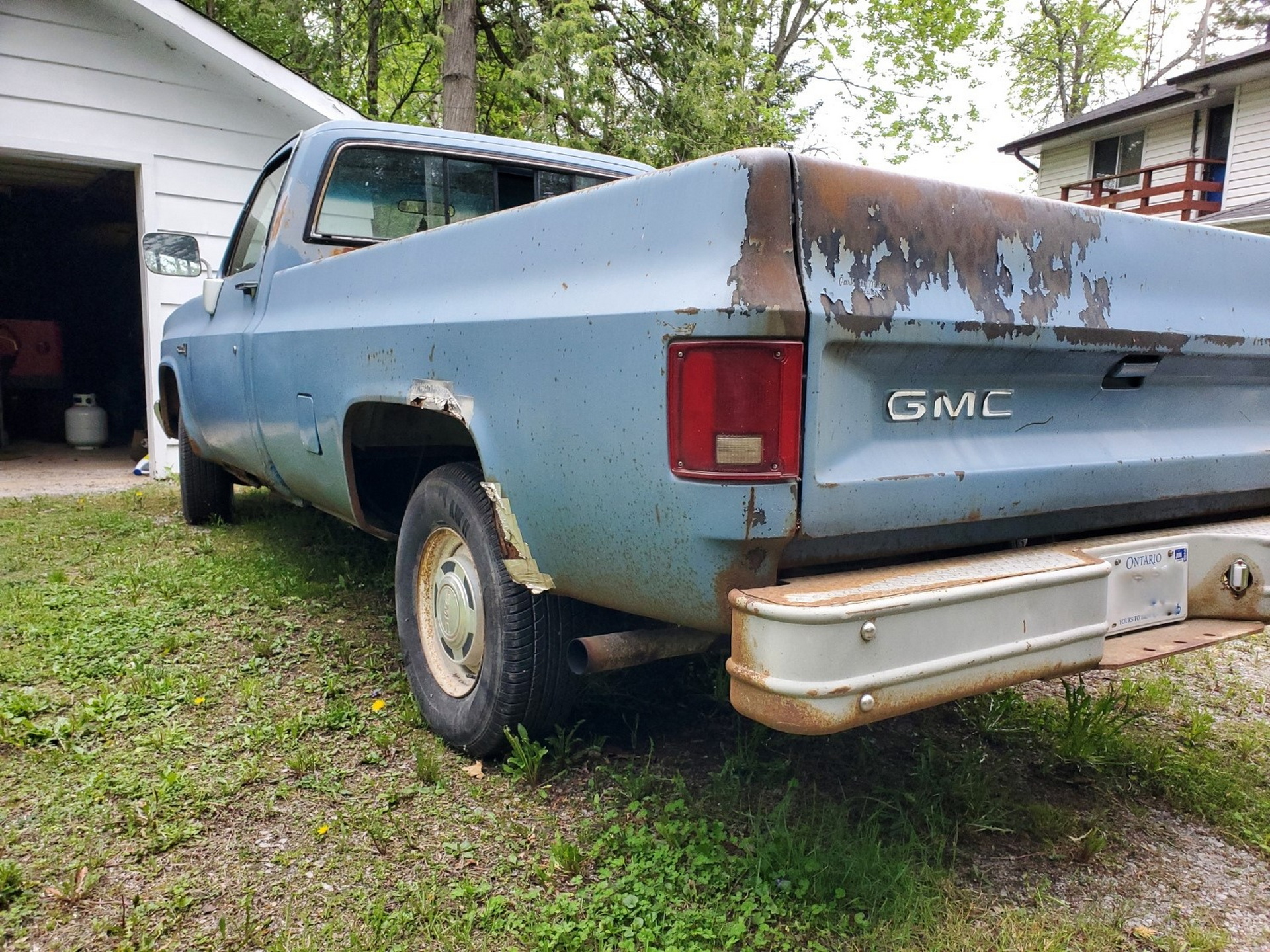 The truck broke down on the drive home answering my question and I had to park it in some farmer’s driveway overnight while I organized the tow that I was too cheap to pay for in the first place. But you’ll be happy to know that after I fixed a seized brake and worked out how to encourage some fuel to get to the carb, I eventually got the truck running well enough to drive it the 1,700 miles back to Toronto, in a snowstorm no less.

Shockingly, I still have it today and use it to drive stuff to the dump sometimes. Overall, I’d say my $1,000 ownership experience was great! I got a small block V8, rear-wheel drive, and a lesson on the unimpeachable superiority of bench seats. It was the muscle car experience I wanted and couldn’t afford.

But what would you get for less than the deposit on a Lucid Air? A quick search of Craigslist shows that although pickings may appear slim at first glance, there are some diamonds in the rough. Actually, it’s more like cubic zirconia in the weeds, but still.

Near Detroit, someone is selling a rusty 1996 Ford Aspire with a 5-speed manual that could be fun. Alternatively, I see a 1999 Subaru Forester that was recently hit while parked but has no mechanical issues. If you really feel like rolling the dice, there’s a Miata for sale that’s been sitting for 15 years and has no title, near Louisville, Kentucky. Or how about this 1971 Jeep CJ5 that has a good frame and a fiberglass body?

So, would you buy a car for a thousand bucks or less? Let us know in the comments.

The GMC Hummer EV Will Have An Extreme Off-Road Package

Forget Tesla, GM Is Going Back To Space