Kia, Hyundai, And Genesis All Spied Testing EVs Together In The Snow | Carscoops

The Hyundai Motor Group has been making a big deal out of its upcoming raft of electric vehicles. Now, the three brands that make up the empire have all been caught testing a trio of those cars together.

All expected to be based on the group’s Electric-Global Modular Platform (E-GMP), they should all have access to similar amounts of performance. The dedicated EV platform, says Hyundai, will be capable of 310 miles per charge (as measured by European testing standards), fast-charging, and a 0-60 time of as little as 3.5 seconds.

Given that Genesis GV60, seen testing here, will be more expensive than either the other two cars pictured here (the Hyundai Ioniq 5 and the Kia CV), it may have access to more of that performance from the base trim. 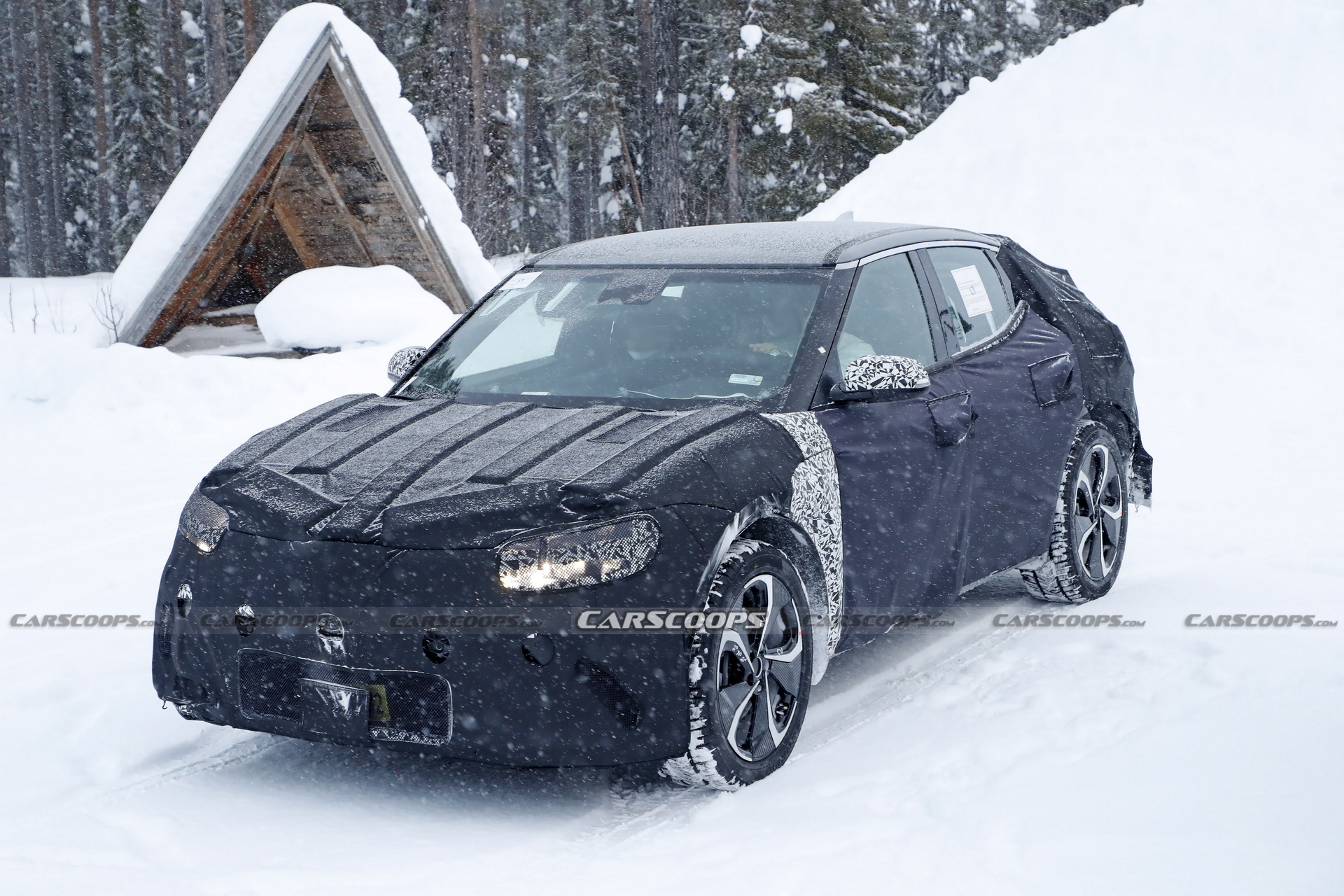 The Genesis’ internal codename was the JW, but it will reportedly be called the GV60 when it enters production. That’s revealing because the brand uses GV to name crossovers (GV70, GV80) in its lineup.

That said, it doesn’t look huge in comparison to the Kia CV, with which it is pictured. Our spy photographers confirm that it had the proportions of a large hatchback, which would be about right for a crossover that will presumably be smaller than the GV70. 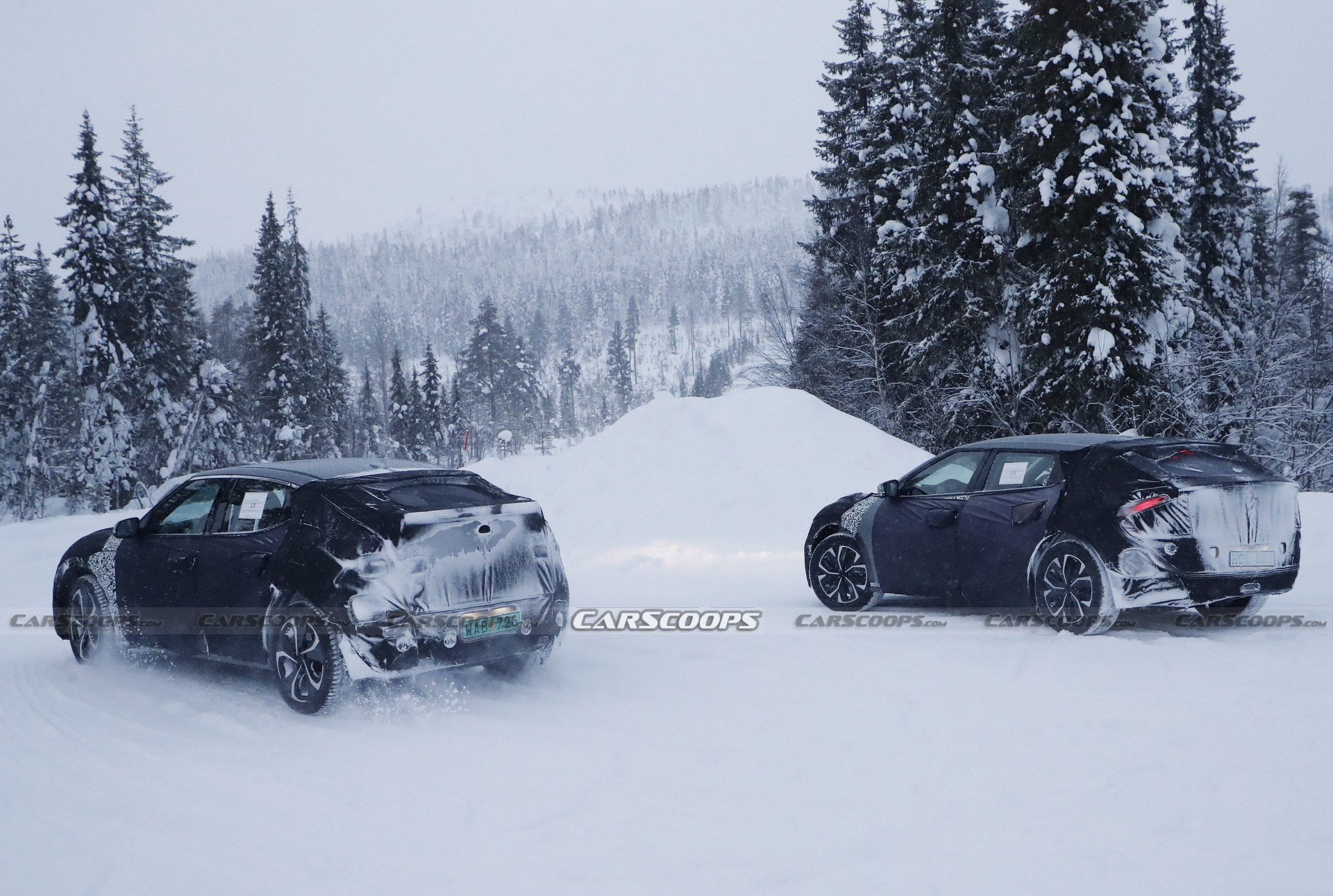 The Kia CV, meanwhile, looks a bit more like a shooting brake, which makes sense since it was preceded by the Futuron concept. Its launch will reportedly follow the Ioniq 5’s by a few months.

Fortunately, that means we won’t have to wait much longer because the Ioniq 5’s debut is set to take place this month. That also means that Hyundai has done a bit more teasing with this model. As a result, we know that the lights will have pixelated elements and that it will spark a “fundamental shift” in design for EVs. 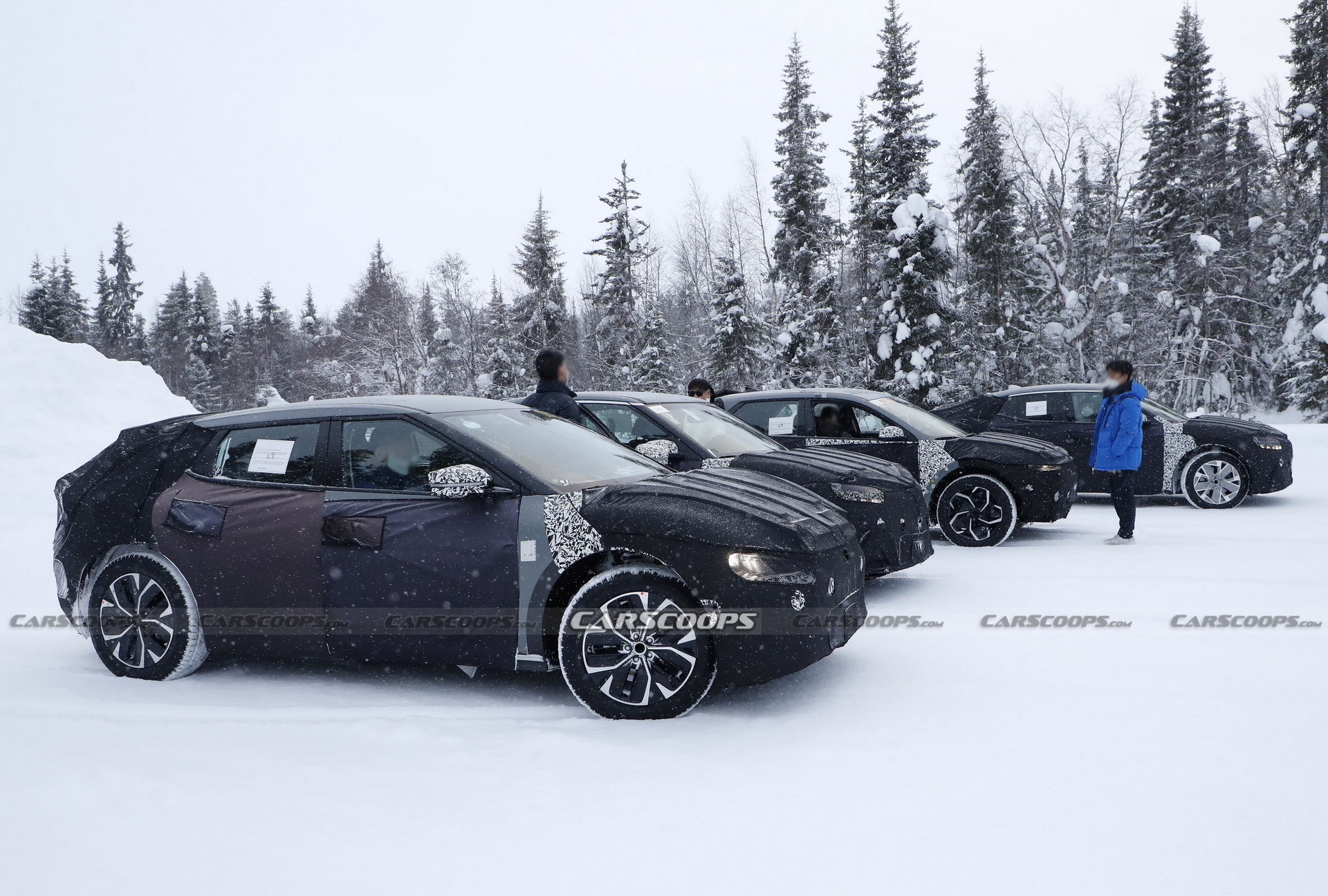 Previewed by the Hyundai 45 Concept, the design will feature sharp creases and a slightly retro (read: rad) design.

Kia recently promised that it would introduce 7 EVs in the next five years while Hyundai has previously promised several more. That means that the cars seen testing here will be just the first of many. With wider industry excitement for EVs at full tilt, the future of the brands depends increasingly on the success of these EVs.

Tiger Woods “Lucky To Be Alive” In Genesis GV80 Crash

Whether Or Not The 2021 Genesis G80 Can Take Down The E-Class, It’ll Go Down Swinging | Carscoops

The state of Mississippi gets its very first wind farm – Electrek