Caught testing in Germany, the Genesis GV60 was spotted wearing fairly heavy camouflage. However, the short and small footprint, combined with an unconventional sloping roofline, are two hallmarks of what will become Genesis’ first all-electric model, named the GV60.

The Genesis GV60 is expected to debut in the coming months. It will likely fill in the unnamed CUV EV launching in 2021, as detailed in Hyundai’s 2021-2022 product timeline.

Earlier, less disguised images of the GV60 testing in Korea showed us how Genesis’ quad taillight display would feature, the lower half of which is visible in these latest spy shots.

Also apparent is the incorporation of cameras in place of traditional rear-view mirrors. Of note, though, is how predominant the accompanying inner-door-mounted displays appear. While it could be that these are dummy or test units that won’t make it into production, one theory is that the GV60 may be addressing complaints leveled against rear-view camera system screens being too small or not as prominent as the traditional mirrors they replace. 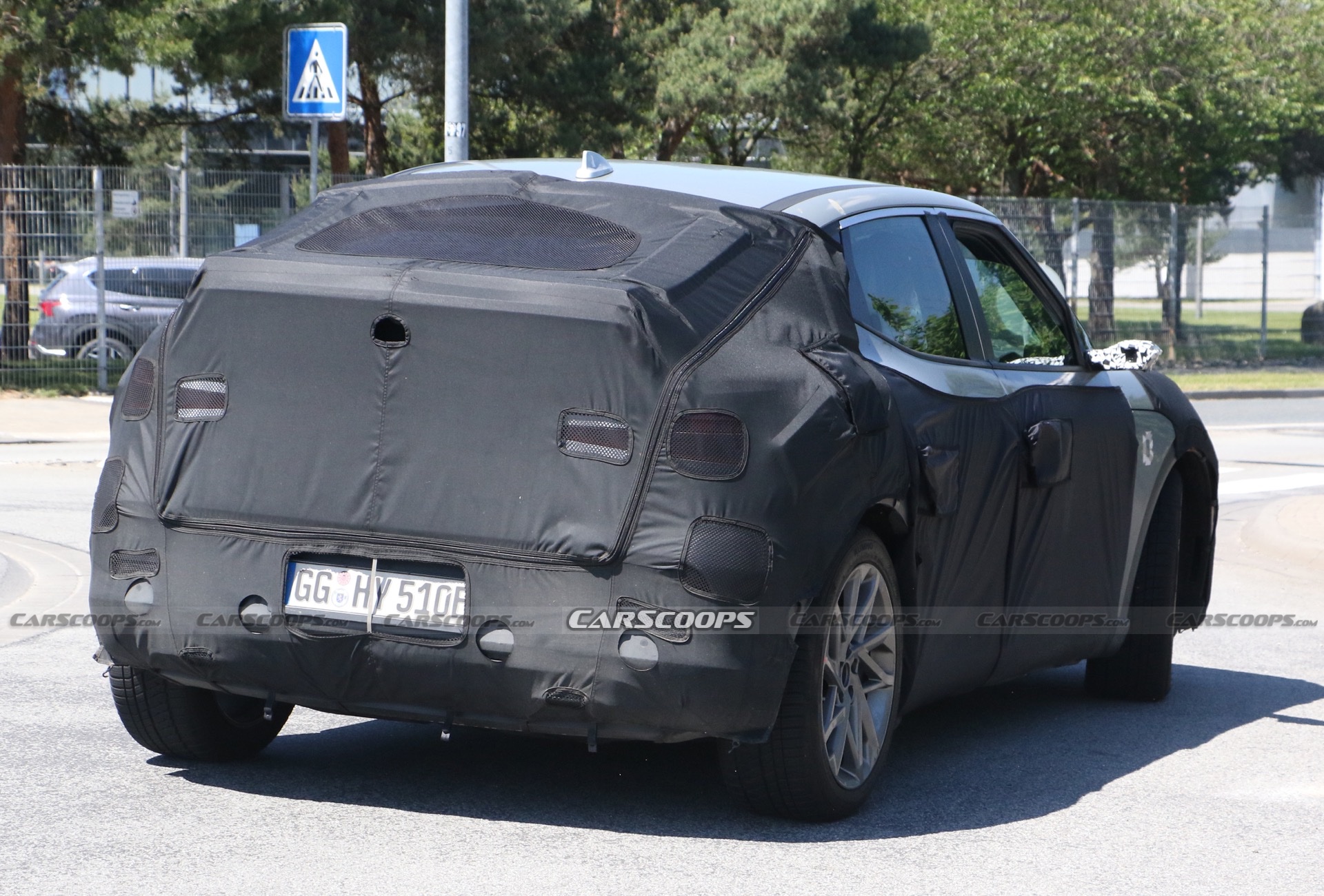 The wheels sport a similar intricate design to what has been seen on other Genesis prototypes. The sloping roofline, which will likely be far more elegant than the disguise would have us believe, may stylistically be at odds with the rather short dimensions of this compact crossover-coupe-SUV. Regardless, there’s little doubt that the GV60 will be distinctly different from the likes of the Kia EV6 and Ioniq 5.

While the headlamps aren’t visible, expect a similar quad array as found on other Genesis models.

The GV60 will be built on Hyundai’s E-GMP EV platform. The same architecture is what underpins many of the Hyundai group’s EV entrants. The platform is rear-wheel-drive-based, although, for something like the GV60, it would be reasonable to expect it to sport an all-wheel-drive option.

As it’s based on the family platform, there’s a distinct chance that the GV60 may share drivetrains and specs with Kia’s recently announced EV6. The top-of-the-line EV6 GT includes a 77.4 kWh battery pack and dual electric motors that combine to produce 577 hp and 546 lb-ft (740 Nm) of torque. The Kia EV6 GT can hit 62 mph (100 km/h) in 3.5 seconds.

Some Volvos Might Blow A Fuse, Recall Issued For 85,000 Cars And SUVs | Carscoops