Hyundai’s luxury car brand Genesis is preparing to electrify its first SUV, the GV70. It’s not clear though if this is a fully-electric model (as our spies suggest) or a plug-in hybrid model, as it’s lacking any stickers we usually see on electrified prototypes of either kind. We’ll remind you that Genesis recently trademarked the eGV70 moniker (along with a bunch of other “e” names).

Spied undergoing testing in Germany, the Korean SUV will look slightly different than the regular GV70, with a different grille and new bumper design with smaller side air intakes.

The double head- and taillights will likely carry over, and the rear bumper will look much cleaner considering that it won’t have to incorporate any tailpipes. Elsewhere, we’d expect the eGV70 to feature exclusive wheels and some sort of ‘e’ badging on the tailgate.

Driven: 2020 Genesis G70 2.0T Might Have Gotten A Refresh, But Is Still Very Competent | Carscoops 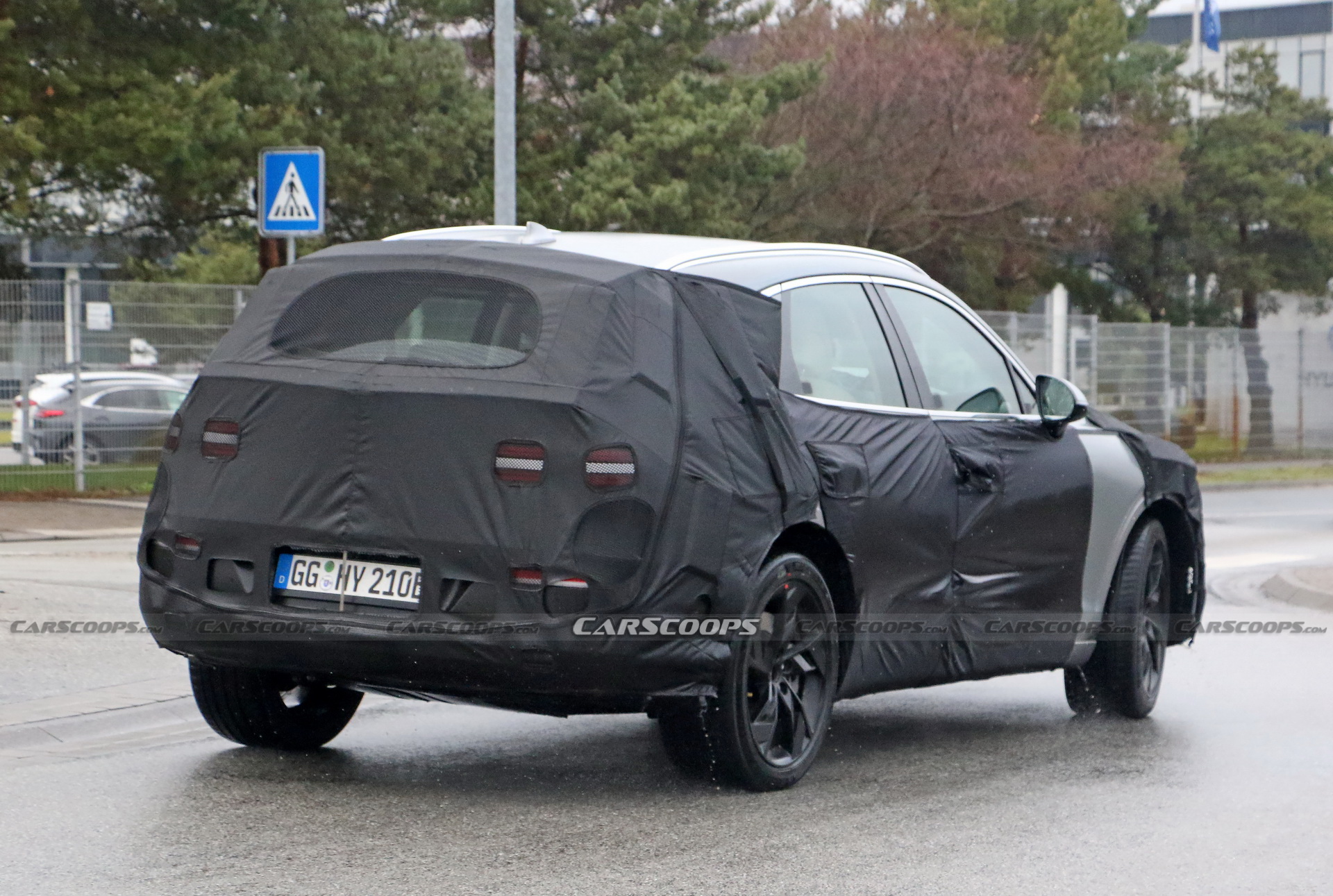 Due to the thick camouflage, it is impossible to spot any charging ports, yet we wouldn’t be surprised if Genesis keeps it simple by putting it on the left rear fender, where the fuel filler cap is located on the ICE-powered SUV (if it’s a fully-electric model, of course).

The powertrain remains a total mystery, but in the case of a full-blown EV, if it is in any way similar to the electric G80, which is also in the testing phase, then it will reportedly offer a driving range of over 300 miles (~500 km) on a single charge.

It is quite possible that the eGV70 (name not confirmed) won’t feel alone in Genesis’ upcoming electric (and/or PHEV) vehicle family, as they also filed trademarks for other monikers, such as the eG70, eG80, eG90, eGV80, and eGV90.

The unveiling date of the brand’s smallest electrified SUV is unknown, yet our spy photographers believe that it might arrive before the end of the year.

Driven: 2020 Genesis G70 2.0T Might Have Gotten A Refresh, But Is Still Very Competent | Carscoops